The New FIDIC 2017 Yellow Book – what you need to know

The New FIDIC 2017 Yellow Book – what you need to know

The New FIDIC 2017 Yellow Book was pre-released in draft form in December 2016. There has been plenty of concern expressed by contractor bodies from across the globe as to some of the proposed changes so whether all of them make it into the 2nd Edition is very much debatable.

The 1999 Edition of the Yellow Book presented a balanced approach as to risk between the Employer and the Contractor. This new edition moves more towards the Silver Book in terms of putting further risk onto the Contractor. The basic nature is the same – a lump sum contract where the Contractor designs and takes the risk on quantities.

FIDIC are keen to see increased project management and a more collaborative approach with the intention of reducing disputes - only time will tell if they have been successful. We highlight some of the principal changes and identify whether they are Employer or Contractor friendly or simply neutral.

The new contract provides that in order for a Notice to be valid it must clearly state that it is a Notice and make reference to the sub-clause under which it is issued.

This is to avoid arguments about whether a Party can for example rely on a reference in a progress report or programme as providing notice.

The Engineer has a positive duty within 14 days of receipt of the Notice of Claim to give a preliminary response if he considers the initial Notice is time barred.

Sub-clause 20.3 provides the DAB with the power to waive a failure to follow a time bar requirement but this has to be addressed within 14 days of a Party seeking relief from the refusal of an Engineer to consider a claim because it is said to be time barred.

These are all factors that will be familiar to UAE Contractors to excuse late or even sometimes non-existence notices.

The Engineer must be suitably qualified and fluent in the language of the contract which is new and to be welcomed by both Employers and Contractors. The Engineer can appoint an Engineer's Representative who shall remain on site throughout the execution of the works.

Engineer's Determinations as to claims

The Engineer is to consult with the Parties and to encourage discussion in an attempt to reach agreement promptly with a new 42 day time limit for seeking agreement. If agreement is reached the Engineer must give a "Notice of the Parties' Agreement". If no agreement is reached the Engineer has a further 42 days to make a fair determination of the matter or Claim. This means the resolution time has doubled but with the overall intention of achieving agreement rather than disagreement. If the Engineer fails to make a determination in time then that will amount to a rejection of the claim – new Clause 3.7.3. Again something of help to Contractors.

In addition to being obliged to act fairly the Engineer has also to act neutrally when making a determination and in trying to persuade the Parties to reach an agreement. It will be recalled that the Engineer is deemed to act for the Employer.

Under English law the Engineer is obliged to act in a fair and unbiased manner when performing his administrative duties. This is a difficult concept in civil law jurisdictions and the word neutrally" is added to show that when making his determinations he is not acting for the Employer and is meant to be "non-partisan".

If a Party fails to give this Notice then the Engineer's Determination will be deemed to have been accepted and be final and binding on the Parties.

Both Parties are obliged to notify each other in advance of any known or probable future event or circumstance which may affect the work. This accords with similar provisions in any NEC3 Form of Contract.

FIDIC have attempted to make arbitration the last resort for dispute resolution by imposing a three tier process as follows:

1. Reciprocal Obligations regarding Making a Claim

Now both the Employer and the Contractor must give notice of a claim within 28 days of becoming aware of the event or when they ought to become aware of the event. This 28 day time limit constitutes a time bar as it is a condition precedent under English law to the bringing of a Claim. In fact the failure to comply with this time bar results in the other Party being "discharged from any liability in connection with the event or circumstance giving rise to this claim."

Both the Employer and Contractor when they make a Claim have to provide a fully detailed claim within 42 days – thought this time limit does not constitute a condition precedent.

2. Determination by the Engineer

As already explained the Engineer has to make a Determination on the Claim within 84 days of it being referred to him.

His Determination will be deemed final and binding unless a Notice of Dissatisfaction is served within 28 days of the Determination.

It is to be assumed that an Engineer's Determination will be enforced by the DAB.

As to "appealing" the Engineer's Determination this will be to the DAB.

A new name and a new role in dispute avoidance. Whether Parties in the UAE will still delete all reference to the DAB in their contracts is a mute point.

The DAB must issue its decision within 84 days of a dispute being referred to it. The decision will be binding upon the Parties.

If a Party is dissatisfied with a DAB Decision then within 28 days of the Decision they must issue a Notice of Dissatisfaction.

1. DAB decisions are binding on the Engineer.

2. The Parties and Engineer must comply with the DAB's decision whether or not they have served a Notice of Dissatisfaction.

3. If a money sum is awarded it will be immediately due and payable and the DAB can order security for such payment.

4. If either Party fails to comply with a DAB decision then the other Party may refer failure itself directly to Arbitration.

Where a Party serves a Notice of Dissatisfaction this makes the DAB Decision non-final.

This provision has been heavily criticised as effectively forcing Parties to arbitrate to protect their position. It is unlikely to appear in the final edition of the FIDIC Form.

6. If no DAB is appointed

If no DAB has been appointed then the parties can proceed directly to arbitration. This is an encouraging change and will avoid the litigation that has devilled the 1999 Edition on this issue.

The 1999 Edition prevented Parties for 56 days from starting an arbitration whilst they were obliged to try to resolve the dispute between them. This time period has been reduced to 28 days and does not apply if a Party fails to comply with a DAB Decision when they can proceed immediately to arbitration.

If there is a Non-Final DAB Decision then either Party may (or maybe must) refer the dispute to be resolved in International Arbitration.

There is very contentious wording in new sub-clause 17.7 which includes an indemnity in relation to "the design of the Works and other professional services which result in the Works not being fit for purpose". This indemnity is carved out of the overall cap on liability.

In our view such a clause would be uninsurable as amounting to a fitness for purpose warranty.

Whether FIDIC has achieved its aims: 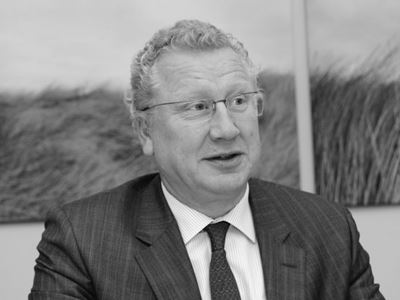 Reducing the risk of third party liability for professionals