The Financial Conduct Authority (FCA) has serious concerns over the way the £7tn UK asset management sector operates. Therefore, in September 2017, the FCA made its first ever referral to the Competition and Markets Authority (CMA) in relation to what is formally called the "investment consultancy and fiduciary management services market" asking it to carry out a full investigation to ensure the market is operating competitively. This is a ground breaking step with potentially significant consequences for this market at home and even possibly for similar markets abroad.

Background to the First Referral

Asset managers manage the savings and pensions of the UK population and play an important role in the economic marketplace.

In November 2016, the FCA released their interim report on the asset management market, in which they announced that they had a variety of concerns. This was followed by a period of in depth consultation before the FCA's final report was released in June 2017. Only 3 months later, the FCA has used its power to make a market investigation referral because they consider "there are reasonable grounds to suspect that features of a financial services market prevent restrict or distort competition". In the case of investment consultancy and fiduciary management, the FCA concluded there are four key issues which they consider are relevant in respect of making a report to the CMA, which are:

In February 2017, the three biggest operators in this market had offered undertakings in lieu of the FCA referring the investment consultancy market to the CMA. Although the FCA say they welcomed the proposals on this occasion they were unsure that the proposals would satisfactorily remedy the issues the FCA had identified and therefore it decided a referral was necessary to ensure the market's proper competitive functioning.

As part of the CMA's independent investigation it will gather as much information as possible and for this purpose has already sent out questionnaires to companies active in the financial consultancy sector, including suppliers and customers. The CMA will now carry out an 18 month market investigation into the investment consultancy market to determine whether there are any adverse effects on competition in the sector.

The CMA should conclude the investigation by March 2019.

What this means going forward

The CMA's report can make recommendations to government, industry and regulators to improve the functioning of this market. Given the FCA's findings to date it seems likely this market will face some form of shake up when the CMA eventually reports. Assuming of course, that there is the political will to action those recommendations. Press coverage shows that similar markets elsewhere in the world are watching with interest what happens in the UK, as there may well be a knock on effect.

Finally, what no-one can say right now is whether this is a one off referral by the FCA or whether this is the start of a new direction of travel with the regulator becoming increasingly willing to make such referrals in the future. 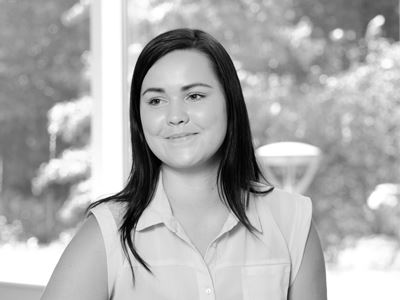