The NHS is facing huge pressure to reduce spending, so what are the options when it comes to achieving a more streamlined workforce?

The penalties have already begun. Barely six months after Lord Carter of Coles published his review of hospital efficiency, NHS Improvement has charged over 60 NHS Trusts with “excessive payroll growth” and is set to “dial back” millions of pounds from their pay bills.

Outraged trust CEOs have protested that the calculations are flawed, but it seems clear that the “closer scrutiny” promised in the wake of the Carter report by NHS Improvement Chief Executive Jim Mackey was no empty threat.

Workforce reforms were prominent among Lord Carter’s 15 recommendations designed to save the NHS £5 billion over the next five years. Accounting for around two thirds of the £102 billion NHS budget, staffing costs are seen as the low hanging fruit of healthcare expenditure, with particular emphasis placed on reducing the cost of agency staff.

The report paints a picture of a fragmented service where good practice sits alongside “inexplicable variation” in use of resources and antiquated practices such as paper-based rostering.

Udara Ranasinghe, Partner at DAC Beachcroft’s Employment and Pensions group says, however, that this kind of poor planning should not be viewed as typical.

“It’s true that there are parts of the NHS that haven’t done a lot to consolidate their staff costs,” he adds. “But the NHS should not be seen as a composite whole. It is hundreds of different organisations, all of which are doing this with varying degrees of success. There isn’t one blueprint, but there are many examples of good practice which those organisations that aren’t doing so well could emulate.”

The NHS could also learn from organisations within both the public and private sector, he says.

“For example if you look at local authorities, which have faced very severe financial constraints over recent years, they have embedded cost savings innovations such as sharing back office functions between different authorities.”

Within the NHS it might be possible for different organisations to share finance departments, human resources, procurement and contracting functions, suggests Ranasinghe. “The non-clinical workforce is about half the overall total in the NHS, so there’s a lot of potential.”

Despite last year’s introduction of agency wage caps, extortionate agency and locum costs remain the bête noir of workforce spending, with tales of agencies charging over £2,000 for a single nursing shift. The NHS spent around £3 billion on temporary staff last year. Lord Carter recommends using more sophisticated shift planning systems such as e-rostering to ensure shortfalls can be predicted and to prevent the need to hire agency staff at short notice.

It is also possible that the NHS could cut its reliance on temporary staff simply by treating its permanent staff a little better.

Last year, University College London Hospitals NHS Foundation Trust spent around £14 million on agency staff. Next year it expects this figure to fall to £10 million, with further reductions to follow.

Ben Morrin, UCLH’s Director of Workforce, says the improvement has been the result of a deliberate effort to listen to staff and to use their skills and viewpoints as a basis for workforce planning.

“We’ve brought together a cross-Trust strategy for retention and recruitment that has proved highly successful,” he says. “When we started this around 18 months ago we faced a number of challenges that are not abnormal for an acute trust: high vacancies, high reliance on temporary staffing and a lack of confidence in the organisation that those challenges could easily be overcome.

“Since then we have managed to more than halve vacancies (down from 16% to 6%) and we are not reaching the regulator’s agency caps for clinical staff.”

Innovations at UCLH include a careers clinic for all staff who are thinking of leaving to highlight job opportunities within the Trust. A Learning Passport offers bespoke training and development, backed by funding. The Trust also offers help with housing and transport costs and guarantees the London Living Wage for all staff.

“We’ve taken the view that we should give our lower paid staff more security because the higher living costs in London impact more on lower paid workers,” says Morrin. 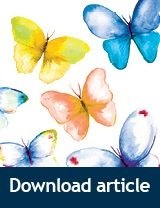