The Devolve Manchester announcement is a bold and ambitious step.

If this can be done anywhere, it can be done in Manchester. The city enjoys a long record of public bodies working well together. Ian Williamson, the Interim Head of the Greater Manchester Joint Commissioning Body, is the Chief Officer of Central Manchester CCG, which reflects the investment of the health side in the enterprise.

However, legislation must change to allow such a body to have executive decision-making powers. And for Devolve Manchester to be a success, all those involved must be prepared to participate in a true partnership – and to take risks. Section 75 agreements for pooled budgets between health and social care often set out saying they will share risk and a truly pooled budget. But in reality the participants later pull back and say it’s too risky for them, or say that it will be a pooled budget in theory but in practice take their own funding out.

Legislation changes aside, the proposal also faces considerable pressures from the financial pressures faced by local authorities and health bodies alike. Colleagues and I are concerned about the light touch displayed by providers so far regarding Devolve Manchester. What will happen, for example, if a private or third-sector provider from outside the patch wants to tender for services?

This move will also have to deliver initial promises to a tight timescale. To launch such a scheme by April 2016 is a big ask. But if the will is there and the legislation can be achieved, it will be one to watch. 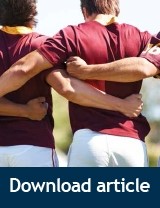 An alternative future for general practices?