In October 2014, a senior British banker became the first defendant facing charges in Britain relating to Libor rigging to plead guilty, the first conviction in the SFO's investigation.

Neither the banker nor his UK employer have been named in the media, however it is a significant development in the SFO's prosecution of 12 individuals, the remaining 11 of whom are facing criminal charges in relation to alleged rigging of the global benchmark interest rate. A defendant in a different Libor-related case, charged by the SFO, is likely to face trial in May 2015.

Several regulators around the globe have commenced investigations and/or prosecutions of those involved. Two Libor defendants in the US, including a British defendant, have previously pleaded guilty to charges of fraud-related offences over the Libor scandal.

The scandal forms part of the background which has led to regulators making proposals aimed at eliminating financial misconduct. The Bank of England, with the FCA and the Treasury, recently began a consultation on reforms to the way in which trading institutions operate. If adopted, these proposals would add to the regulatory burden already faced by banks and other financial institutions, including the Banking Reform Act enacted in 2013. The Act put significantly greater emphasis on individual responsibility for those involved in decision making, including directors of these institutions.

Accountants will be affected by these rules which may involve personal liability; for example, one of HSBC's board members, Alan Thomson, an accountant who participated in the bank's audit and risk committees, has recently resigned giving the new conduct rules as one of the reasons for his departure. 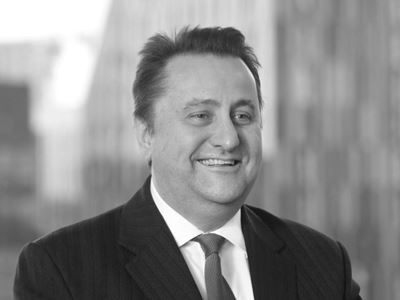 TAX - 3 Ways For Your Business To Get Ahead

IR35 and the construction industry

It's All In The Timing: Bringing claims under SPA tax indemnities and W&I insurance - A review of the decision in Minera v Glencore

The rise of employee ownership trusts

Potential reform to the VAT recovery rules for the NHS

To Opt or Not to Opt, that is the Question