PFI Street Lighting: Only pay for what you have contracted for! - DAC Beachcroft

PFI Street Lighting: Only pay for what you have contracted for!

Street lighting PFI providers are looking to make more money at a time when Authorities are trying to save it, so it is important to know your contractual rights to avoid this possible 'double whammy' of more cost and no savings.

At a time when all Authorities are seeking to make huge savings, PFI projects are an attractive proposition for the source of a large proportion of those savings. Yet at the same time, the PFI operator or its subcontractor are looking to maximise their return on the project, giving rise to an increasing chance that the Authority will start facing claims for extra payments.

However, if your PFI Street Lighting Project Agreement has followed the standard form developed originally by 4Ps and then supported by Local Partnerships, then the chances are that you have a robust contract to limit the Authority's exposure to additional costs, but it may not be obvious what those rights are as the Project Agreement is a huge document, with many obligations.

Not only this, but the Authority's team that put together the PFI deal may well not be the same team that is overseeing its implementation and operation.

This is where we can help

We have recently successfully acted for an Authority that was faced with a claim for £1,000,000 because, it was alleged, the Authority had failed to maintain its lighting stock to a particular standard in the two years prior to the PFI contract being executed.

Fortunately, the Authority's contract followed the standard form on this issue 'word for word' and the relevant clauses places no obligation on the Authority to achieve any given standard during this period; a view shared by the Adjudicator deciding the case.

The only obligation on the Authority is during the period from Financial Close until the Service Commencement Date, and that obligation is to continue to do what has been its normal practice over the preceding two years, whatever that 'normal practice' may have happened to be.

The logic behind this conclusion is sound

During the period prior to Financial Close, the Authority makes available to the bidder or bidders (depending on the stage of the procurement) its operational details, and it is up to the bidders to decide how much due diligence they wish to undertake, and to price the bid accordingly.

After Financial Close, the successful bidder is tied into the project and it is entitled to assume that the Authority will continue to carry out what it has been doing in the preceding period, and if it doesn’t, it is entitled to be compensated as it cannot otherwise amend its bid.

There are many other areas, much like in any complex commercial contract, where the PFI operator/provider will seek to maximise its return, and what at first may seem a reasonable claim may not have any contractual validity. It pays to know your contract. 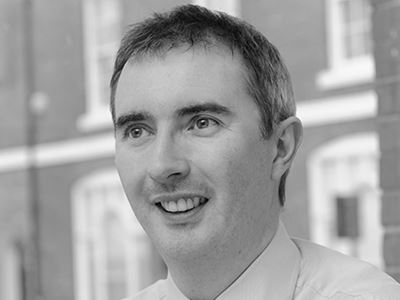 A guide to public consultation and engagement

A guide to devolution in healthcare