The vast majority of survey respondents and interviewees believe that mergers and acquisitions (M&As) are not the only way to drive integration. Indeed, many feel that collaborations, networks or other working partnerships can be just as effective and less disruptive, but that local circumstances should dictate the most appropriate solution.

Interviewees stressed that changes must be locally nuanced rather than one-size-fits
all.
Julian Emms, Chief Executive of Berkshire Healthcare NHS Foundation Trust, said that his own Trust’s takeover of community health services across Berkshire “made sense because the size and scale of things meant we could bring in quality personnel and do really transformative work”.

James Reilly, the Chief Executive of Central London Community Healthcare NHS Trust, favoured integration by collaboration or other joint ventures. He said that simply conjoining two organisations does not amount to integration:

“The merger or acquisition process is too difficult, takes too much time and is expensive.”

“From a provider perspective this can be important where a Trust is failing to make a Foundation Trust. From a commissioner perspective, there needs to be awareness that few mergers have delivered the fabled integration synergies spoken of or the envisaged cost savings.”

Social Enterprise UK’s Director of Business and Enterprise, Nick Temple, said that the Social Value Act can be a useful tool to helping achieve better partnership or integrated working as it can be applied across agencies, such as local authorities, CCGs and public health.

Under the Act, commissioners must think about more than just how to design services and who will provide them. Public authorities must also consider how the new services could have an even further reaching impact on the local community.

Zoe Nicholson, Executive Director of Brighton and Hove Integrated Care Service, said that M&As “get in the way of integrating at every level, patient facing, clinical and system level”. She also felt that unnecessary barriers and upheaval are created.

“Evidence shows that it takes five years for an organisation to recover and reset themselves – to realign – and we have always tried to avoid working in that way. The driving force for us is to create a system that works beyond organisational boundaries. When you get into M&As you can get wrapped up in the means and the end – better care – can get lost.”

As stated by Ian Smith, the Chairman of Four Seasons Health Care, the care home sector is likely to see continuing consolidation. According to the fifth edition of Fair Price for Care, published by LaingBuisson, there has been a 5.2% real terms cut in local authority fees to pay for elderly care since 2010/2011 in the context of rising costs of payroll, energy, food and medications.

“Operators have had to make efficiency savings and accept lower margins but there isn’t much scope to continue to do this,” he said.

Anne Crofts noted that there hasn’t been the M&A activity between hospital Trusts that was anticipated, particularly between struggling Trusts and more successful Foundation Trusts. “Also, there isn’t the appetite – or perhaps it is a recognition – that M&As cannot solve some of the more deeply entrenched problems.

"The Forward View report recognises a range of options, falling short of full mergers, which could potentially enable larger organisations to partner with and support smaller local hospitals, including providing support functions and co-locating specialist services. Organisations wishing to partner in this way will still need to be mindful of the procurement and competition law regimes: partnering can still amount to a merger if consolidation of control over departments or functions is ceded to another organisation.

"It must be remembered that back office functions are the type of services that are subject to the full rigours of procurement law and must be tendered.”

DAC Partner and Head of EU/Competition, Alexandra von Westernhagen, noted that there has been much insecurity in the market about the potential implications of merger rules to different forms of collaboration in the NHS, especially after the Competition Commission, the competition authority in charge at the time, had blocked the merger between two Dorset Foundation Trusts, Bournemouth and Poole, in October 2013.

“The resulting concerns are, however, at least partially unfounded. There were arguably good reasons why this merger was blocked at the time – in particular, as the parties failed to sufficiently demonstrate to what extent any efficiencies created by the merger would ultimately benefit patients.

"It is also worth pointing out that all the NHS mergers that have been notified since Bournemouth and Poole have been approved by the UK competition authorities.” 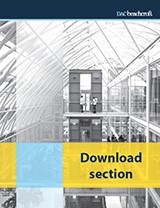