Hopes are high but expectations low: Sarah Crowther and Charlotte Shakespeare consider whether the heads of state can revive climate action’s weak pulse as COP27 kicks off in Egypt.

As COP26 concluded, its President, Alok Sharma MP, said “We can now say with credibility that we have kept 1.5 degrees alive. But, its pulse is weak and it will only survive if we keep our promises and translate commitments into rapid action…our work [at COP26] cannot be wasted”.

We have been keeping a close eye on the trickle of Nationally Determined Contributions (NDCs) submitted by delegates before they headed to Sharm El-Sheikh for COP27. The lack of speed with which the NDCs have been provided is a far cry from the ‘rapid action’ envisaged by Mr Sharma. Since COP26 in Glasgow, only 29 out of 194 countries have come forward with tightened national plans.

A barrage of scientific reports published in the run-up to COP27 have warned that the world is falling short of the ambition of successive COPs since Paris in 2015 to limit the rise in global temperatures to 1.5°C. According to the UN’s Intergovernmental Panel on Climate Change, CO2 emissions need to be cut 45% by 2030, compared to 2010 levels to meet this target.

Calls for tougher future targets to cut emissions will be accompanied by ever louder demands from the worst affected countries in the global south for huge uplifts in the payments from developed countries for loss and damage caused by climate change. This threatens to be a divisive issue at COP27 and it delayed the opening of the summit yesterday as arguments about the issue’s place on the agenda became increasingly fraught.

There are concerns too about the scope for input from non-governmental organisations and campaign groups, with many of the latter being excluded from the main zones.  As climate is a lynchpin of ESG, it is no wonder that hackles are raised and the world is holding its breath to see whether COP27 can really deliver, or whether the Mark Twain quote “Denial ain’t just a river in Egypt” holds true.

The Egyptian presidency of COP27, led by Minister of foreign affairs Dr Sameh Shoukry, has identified four key priorities for the conference: Mitigation; Adaptation; Finance and Collaboration. Each of these are intended to build on the commitments given, provide a forum for delegates to demonstrate successes and encourage accountability.

The belated decision of Prime Minister Rishi Sunak to attend gives hope that the UK will remain a major player in the debate about how to tackle climate change. He is set to focus on the crucial part to be played by renewable energy and green technologies as the world also battles to emerge from the recession-inducing economic shocks of 2022.

Back home, King Charles III hosted a pre COP27 event on Friday looking to re-energise the Sustainable Markets Initiative launched at Davos in 2020. Further planned talks over the next few days should reveal more about expectations that will be placed on insurers including plans for the insurance Task Force.

Ever the optimists, we share President Abdel Fattah El-Sisi's hope that “all parties and stakeholders will be coming to Sharm El-Sheikh with a stronger will and a higher ambition on mitigation, adaptation and climate finance”. We look forward to seeing events develop, and to sharing DACB’s daily updates and opinion pieces on the progress made. 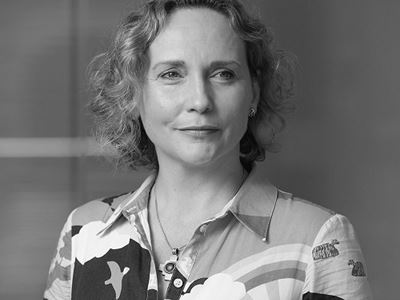 What can we expect from COP27?