On 3rd June 2020, the judge of the Labour Court of Teruel handed down the first ruling in Spain that dispelled all doubts as to whether or not Covid19 would be considered a case of force majeure and, if it were to be assessed, if it would render ineffective the employer's obligation to protect their employees from contracting this disease in the workplace.

The Social Court of Teruel had the opportunity to rule on this matter in a lawsuit filed by the FASAMET trade union on the protection of fundamental rights in relation to the infringement of occupational risk prevention regulations for health workers in the province of Teruel.

There were two claims in the lawsuit. Firstly, it was declared that the three employing public bodies being sued had infringed the rights of  employees in the prevention of occupational hazards in situations that put life and physical integrity and the protection of the health of employees, as enshrined in the Constitution, at risk. Secondly, it was declared that the employer (the administration/public bodies) was obliged to comply with an obligation of means by which they had to provide public health employees with adequate individual protection equipment due to the risk of exposure to Covid-19.

The defendant public bodies had used the argument of force majeure, as described in article 1105 of the Civil Code, that is, "no one shall be liable for those events that could not have been foreseen, or that, if foreseen, were unavoidable".

The judge understands that force majeure is not applicable because starting December 31, 2019, when it was made public that a cluster of cases of pneumonia had been detected in Wuhan, China, the World Health Organization (WHO) reported up to 19 times, which are detailed in the ruling, on what has since become the coronavirus pandemic.

The ruling recalls that although it was not until March 11, 2020 when the outbreak was classified as a pandemic, there were up to five WHO alerts in February 2020 addressed to the countries, which were discussed in the plenary sessions of the Interterritorial Council of the National Health System. Moreover, on January 30, 2020, the WHO already declared the international emergency for the SARS Cov-2 coronavirus, and called for active surveillance by all countries.

The judge upholds in her ruling the lawsuit filed for violating the rights of health workers in the province of Teruel by not providing them with protective equipment to deal with the danger of contagion from the coronavirus pandemic. Furthermore, the ruling clarifies, despite the defendants' attempts, that this is not a case of force majeure and therefore cannot serve as an argument to avoid compliance with health and safety regulations.

The main conclusion we can draw from the ruling is that the judge understands that the dimension of the epidemic was known by the Public Administration and there was a lack of foresight on its part. The position of the Public Prosecutor's Office in this respect after the trial was conducted was that the situation was foreseeable and avoidable.  For all these reasons, it can be concluded that it should have foreseen the need to have abundant Hepatitis C tests for health professionals in order to protect them against the risk of contagion by Covid-19, which would have protected the rest of the population.

Along the same lines, on June 24, 2020, the Social Court of Huesca, which had filed a lawsuit for the same facts but in a different province, issued an almost identical ruling, considering that the fundamental rights of the aforementioned health professionals had been violated.

We understand that this diligence is required of the Administration, due to its duty to follow international health recommendations, its capacity and duty to be informed and to have specialized professionals. However, the questions that arise are the following: if, as indicated in these rulings, the administration was not prepared and did not prepare or protect its own health professionals, can we demand the same level of diligence from private employers who didn´t receive such attentiveness from their own government? Can we ask and expect the same from an employer as from the public administration?

We also understand that in order to carry out the necessary examination of the businessman's diligence to avoid contagion and minimize the risk of propagation, it will be necessary to follow a time-based criteria, and the same duty of diligence will not be demanded in January as opposed to March, when the de-escalation was at a more advanced stage. 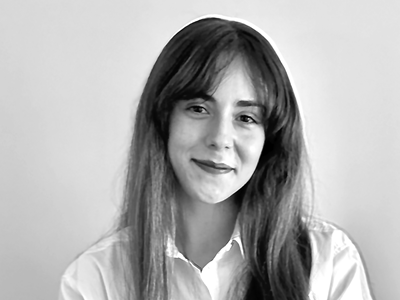 Covid-19, Civil Unrest and Corruption in Latin America – the challenges facing the region and the role insurance can play