Whilst many of us have been stuck at home in lockdown, a steady stream of pedestrians, cyclists and now even e-scooter riders have continued to use the Highways and sustain injuries in doing so. This e-briefing provides a run down of some recent local authority highway cases handled by DACB and strategic considerations that arose. We have also considered the impact of the change in law to allow rental e-scooters on the roads and what this might mean for highway teams.

This is a case which shows the benefit of meticulous record keeping.

The Claimant slipped and fell on ice which formed following saturation of water on part of the highway, which then froze. DACB acted for the Highway Authority. The allegations were of a breach of s41, in that the highway was dangerous and in disrepair due to inadequate drainage, and a breach of S41A in allowing ice to form on the highway. The Co-Defendant, a house-builder in the process of developing a site close to the accident locus, denied liability.

The Highway Authority was able to provide an exchange of emails and photographs spanning 5 months, showing the housing development as it progressed. The house-builder was attempting to dispute the time-line of events and that it was the source of the water discharging onto the highway so the historical documents and photographs were of real significance in ensuring that we were able to mount a robust defence to this claim.

The Highway Authority had taken a pro-active approach to the issues with the house-builder, and it was able to produce photographs tracing the water back to the development. All too often, photographs simply haven’t been taken, or even if they have been, the images have not been saved or they cannot be found.

In respect of the allegation of a breach of S41A, full disclosure was again key. The evidence here is becoming increasingly sophisticated and in addition to detailed weather forecasts, the Highway Authority benefitted from data provided by sensors and cameras placed strategically across the network. That all fed into the decision making process regarding the winter treatment deemed appropriate on any particular day. In addition, the gritting fleet also produced tracking data, which could be plotted on a map to show the locations being treated, vehicle speed and rate of spread.

In the face of this, the claim against the Highway Authority was discontinued following disclosure and before an exchange of witness statements was necessary.

This level of detail, when produced in documentary form, is incredibly difficult to challenge and is highly persuasive. So even where the Highway Authority is a sophisticated and experienced litigant, the attention to detail required when dealing with disclosure can be key.

‘Economic’ offers are not always as cost-effective as they seem.

The Claimant tripped over a sunken paving slab on a busy high street. The slab sunk 13mm on a slope towards a small water metre cover in the centre. The 13mm depth fell below the Highway Authority’s (already low) intervention levels and had not been noted as a defect on previous inspections. A robust stance was taken.

We considered whether to bring the water company in as a Part 20 Defendant but the defence was strong and this would only have created a costs risk for the Highway Authority so we stood firm, denying that there was any breach of s41.

Following disclosure and exchange of witness statements, the Claimant’s solicitors made a number of very low without prejudice offers to try to tempt an economic settlement as this was a QOCS claim. However, the Highway Authority witnesses were experienced and were fully able to explain the inspection policies and decision making process during inspections, such that we felt confident going to trial. The Local Authority were also keen not to settle a claim that should be fought, regardless of additional costs.

The resolve paid off when the Claimant served a Notice of Discontinuance at the start of the trial window.

Whilst it can be tempting to consider low offers to save the cost of a trial, this local authority’s tenacity will have stood them in good stead the next time the Claimant’s solicitor considers presenting them with a weak or even borderline claim.

A successful denial can be more economic in the long run, giving the local authority a robust reputation in fighting weak claims, thereby dissuading further claims and the associated costs.

Electric scooters became legal on roads in England, Scotland and Wales on 4 July 2020 for those aged over 16 with a full or provisional driving licence and if obtained through a rental scheme. They will be limited to travelling at 15.5mph and will be banned on pavements. As the law changed at the start of July, 50 local authorities had shown interest in running their own 12 month scheme.

The popularity of e-scooters is likely to rise, particularly as covid has made public transport a less desirable option. They are regulated in a similar way to electrically-assisted pedal cycles. But are they any less safe than bicycles and if so, what impact does this have on intervention levels and carriageway inspections?

According to the Danish Transport Authority, an accident on an e-scooter is 8 times more likely to lead to a head injury. Helmets have been advised by the government but are not mandatory. However, a report from the International Transport Forum found that numbers of hospital visits following accidents are similar for e-scooter riders and cyclists.

We are in the early days of e-scooter trials but it would be remiss of a local authority to run a 12 month scheme without alerting or training their highways inspectors in the additional risks. On the one hand, e-scooter riders are standing rather than sitting and may be less experienced than their cyclist counterparts, increasing the likelihood of an accident when travelling over a pothole. On the other hand, e-scooter riders may keep to shorter journeys given that only shared rental scooters are permitted on the road and the tyres on an e-scooter are usually wider (around 8-16”) than your average bike (around 2-3”).

Even if the reality is that accident levels do not exceed those of cyclists, if an e-scooter claim is presented, highway inspectors will need to be able to explain to a court how they considered the potential risks to e-scooter riders using a risk based approach under the updated Code of Practice. If the first time the highway inspector is considering the impact of the road condition on the e-scooter is after the accident has already happened, this will make a s58 Defence difficult to pursue.

The Claimant tripped on a raised kerb on the footpath and suffered an ankle injury. He alleged a breach of s41 and produced photographic evidence. We pleaded a s58 defence on behalf of council and the claim was dismissed at trial. The Claimant appealed, claiming that the Judge had erred in law when she reversed the burden of proof whilst considering the Section 58 defence. The Claimant sought to rely on the Judge’s comments stating that the Claimant had failed to satisfy her on the balance of probabilities that the defect was present at the time of the pre-accident inspection. It was also alleged that the Council’s highway inspector admitted during cross examination that he would have missed noting the defect because of the presence of weeds.

The Claimant was refused permission to appeal. The Court considered that that the Judge at first instance had not misapplied the burden of proof. Whilst he accepted that she used unsolicitous language, it was clear she had not reversed the burden of proof. Further, he found that the Council’s highway inspector did not concede that the weeds were present at the time of his inspection, he was simply commenting on the proposition being put to him had there been weeds.

All that the judge needed to conclude was that there was a reasonable system of inspection, and that system was reasonably carried out so the Judge at first instance was entitled to conclude that the Section 58 defence had been made out.

The Claimant sustained multiple injuries when she stepped onto a broken paving stone which caused her to fall. Breach of s41 was alleged and the Claimant produced photographs and video footage of the rocking paving stone.

The pre-accident inspection took place a few days before the Claimant’s accident and the Council argued that the defect had not been present at the time. A robust s58 defence was mounted which resulted in the discontinuing her claim after exchange of witness evidence.

Thorough records and training for Highway Inspectors will be key in providing a section 58 defence in most cases. A confident and experienced inspector’s evidence showing a reasonable system of inspection can be crucial in the face of a clear breach of s41.

On the face of it, a pedestrian Claimant being hit by a bus in the road is not an attractive case to defend. However, this case shows the importance of investigating the detailed facts before jumping to conclusions.

The Claimant stepped from a traffic island into the road to cross when she was struck by a bus. She alleged that the design, layout, signage and road markings made her think it was a dual carriageway which is why she looked left and not right before stepping out.

The claim was issued against three possible Defendants, all of whom denied liability before a joint application to strike out was filed on the basis that there was no reasonable grounds for bringing the claim. There was a large sign at the central reservation stating “BUS LANE. LOOK BOTH WAYS” and the road was clear from obstruction so there was no reason not to see the bus. She also failed to wait for a green light at the pelican crossing and witnesses described her looking at her mobile phone as she stepped out.

Though the temptation is often to place the blame at the door of co-Defendants, a co-operative approach with a joint strike-out application can be a more effective tool in some cases. 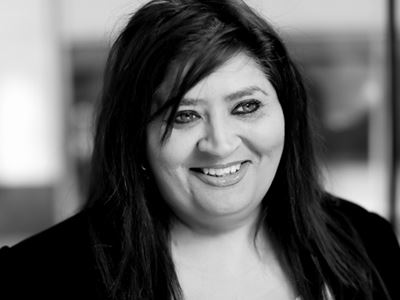 Mistake and the MOJ Portal