Earlier this year the High Court granted an injunction to prevent Tesco from ‘firing and rehiring” employees in order to remove a ‘permanent’ contractual entitlement to enhanced pay.  This decision is based on unusual facts; an injunction preventing an employer from exercising a contractual power to give notice to terminate is rarely seen in UK employment law.  On Friday, the Court of Appeal overturned the injunction.  It reaffirmed the  more established position that Tesco would have the right to give notice in the ordinary way, and that the entitlement to enhanced pay would only last as long as the particular contract, allowing reengagement on different terms and conditions.

Dismissal and reengagement, commonly known as “fire and rehire”, is a practice  employers sometimes adopt when making changes to terms and conditions of employment.  Employees who refuse to agree to proposed new terms are dismissed and re-engaged on the new terms.

Tesco recognised Usdaw for collective bargaining purposes.  In 2007, Tesco planned an expansion and restructuring of its distribution centre network involving the opening of new sites and the closure of others. The company was keen to ensure that it would not lose experienced warehouse staff through redundancy. It sought to persuade employees to move to other distribution centres by way of an incentive amounting to significant enhancement of their pay, known as Retained Pay. In communications to staff, Tesco made clear that the individual entitlement to Retained Pay would remain for as long as they were employed in their current role, that it could not be negotiated away, and that it would increase each year in line with any general pay rise. A 2010 collective agreement stated that Retained Pay would be a ‘permanent feature’ of an individual’s contractual entitlement, and could only be changed through mutual consent, on promotion, or in the case of an employee-requested change to working patterns.

In 2021, Tesco wished to bring Retained Pay to an end. The company gave notice to all staff in receipt of Retained Pay that it intended to seek their agreement to remove the Retained Pay clauses from their contracts in return for an advance payment equal to 18 months of Retained Pay. Where an individual did not agree to this change, Tesco intended to terminate the individual’s contract and offer re-engagement on different terms.

The claimants brought a successful claim in the High Court against Tesco seeking declaratory and injunctive relief to prevent the 'fire and rehire' process.

The Court of Appeal has now decided that the High Court was wrong to find that both parties intended that the entitlement should be permanent in the sense that the contracts would continue for life, or until normal retirement age, or until the closure of the workplace, or that the circumstances in which Tesco could terminate the contracts should be limited.   The Court of Appeal also stated that even if the High Court had been correct in its interpretation of the contract, this was not a case in which the grant of an injunction was justified.  It was not aware of any case in which a court has granted a final injunction to prevent a private sector employer from dismissing an employee for an indefinite period, unlike recent injunctions in the public sector preventing dismissal, e.g. where a specific contractual disciplinary procedure is required. It stated that instead the Court remedy for a wrongful dismissal at common law is almost invariably financial. Further, an injunction cannot be granted unless it is clear beyond argument what the defendant can and cannot do: which was not the position here.

Usdaw have made it clear that it will now seek permission to appeal to the Supreme Court.

As stated above, the Court of Appeal decision marks a return to accepted understanding and will reassure employers.  However, injunctions are not impossible in similar scenarios and there could still be financial implications attached to “fire and rehire” practices. The other significant risk is unfair dismissal claims in respect of employees with unfair dismissal rights.  The Government is currently developing a new Code of practice on fire and rehire.  The Acas guidance published in November 2021 also gives employers tips on how to work with staff and unions when negotiating changes to terms of employment.

As the Courts have acknowledged this case was based on “extreme” facts.  While these facts would not be replicated in every instance of dismissal and re-engagement, employers should always consider how to best communicate contractual changes and in particular how to build in flexibility when offering any entitlement which could be construed as "permanent".  Employers should use clear and unambiguous language when drafting contractual entitlement and be wary of using language which could be interpreted as guaranteeing contractual entitlements on a permanent basis. As the High Court observed, it would have been open to Tesco to set a longstop date for the entitlement to Retained Pay or to make clear that it would subsist only for as long as the particular contract endured.

In the light of a possible appeal we will continue to monitor this case. 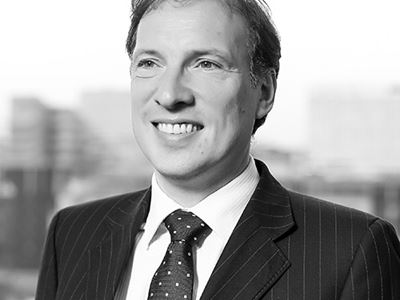 The Supreme Court has today ruled that holiday entitlement and pay for workers on permanent contracts should not be pro-rated to reflect that they work on a part-year basis.

Industrial action: Use of agency workers

Redundancy: The importance of consultation

COVID-19: Dismissal of employee who stayed away from work during Covid-19 was not automatically unfair

Employers: Pensions in the New Year

Disability discrimination: No duty to make reasonable adjustments where an employee refused to participate in an interview for reasons unconnected to his disability