The High Court has rejected a novel argument mounted by an unsuccessful bidder in a prison healthcare claim that the automatic suspension should remain in place including by reason of the new reform of procurement law which will place such contract under the new Provider Selection Regime when it comes up for renewal.  The Judgment is interesting as had the argument been successful, it would have set a precedent making it generally harder for NHS organisations to be successful in lifting the automatic suspension where health contracts were concerned.

An unsuccessful bidder issued a claim against the awarding Contracting Authority for alleged breach of the Public Contracts Regulations 2015 (“PCR”) in awarding contracts for the provision of healthcare services in prisons to the successful bidder, triggering the automatic suspension preventing the authority from entering into the new contracts.  Currently in order to lift the automatic suspension, the losing bidder must show that 1) there is a serious issue to be tried, 2) damages would not adequately compensate it if the suspension was lifted and it was determined at Trial that the authority shouldn’t have awarded the contract to the winning bidder, 3) damages would not adequately compensate the authority if the suspension remained in place until Trial and it was determined at Trial that the authority should have been able to enter into the contract and 4) the balance of convenience lies in favour of maintaining the suspension.

The unsuccessful bidder raised a number of arguments in response to the authority’s application to lift the automatic suspension including the argument that the proposal for NHS Healthcare to fall outside of the PCR and be governed by the proposed new Provider Selection Regime meant that damages would not be an adequate remedy for it. The unsuccessful bidder referred to the line of case law in which the difficulty in assessing damages based on the “loss of chance” had been a factor that the Court had taken into account in concluding that damages would not be an adequate remedy.  It argued that this applied in this case, given that the proposed Provider Selection Regime provides for commissioners of NHS services to continue with existing arrangements without a competitive procurement where the incumbent provider is judged to be doing a sufficiently good job and the service is not changing, so there is no overall value in seeking an alternative provider.  It was therefore argued that the unsuccessful bidder had not just lost out on these contracts but likely future contracts in that contracts for the provision of the services in question may never, or at least not in the foreseeable future, be subject to competitive procurement and for this reason, damages would not be an adequate remedy as the term that competition would be prevented was unquantifiable.

The Court agreed with the arguments mounted by the Contracting Authority and concluded that the potential changes did not render damages an inadequate remedy.  Firstly, the legislative change is uncertain (although the Court did accept that on the information it had seen, it was highly probable).  Secondly, the case was not a “loss of chance” case; rather, it was a case of a worsening of prospects.  In this case, the Claimant had not been excluded from anything, not even from a future procurement, but at most had a diminution of the likelihood that it would be awarded the next contract. Thirdly, the loss in question was deemed to be entirely speculative as it relied on a host of circumstances (even if the legislative change took place) including: that the authority judged the winning bidder competent to continue to provide the services at the expiry of the contract; that the winning bidder was willing and able to continue to provide the services; that no change of service was deemed necessary; and that the authority would not wish to test the market by a procurement exercise.  The Court therefore determined that the loss was not a recoverable head of damage, was not analogous to a “loss of chance” and was also too speculative and indirect to make it unjust for the Claimant to be limited to a claim in damages.

The argument advanced by the Claimant was an interesting one, if only to demonstrate how those in the market for the provision of healthcare services are viewing the competitive opportunities (or lack of them) that the Provider Selection Regime will bring. It will also be interesting to see how changes to the procurement landscape may impact on arguments put forward in applications to lift the automatic suspension going forwards. 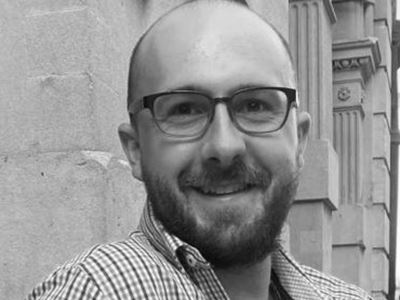