Will the new agreement be enough to address the mounting criticism of how the ECT limits policy makers’ ability to align energy policy with environmental commitments? Significant progress has been made, but concerns remain that it is too little too late, particularly in light of the ongoing energy crisis and the urgent need for reform/investment in the green energy sector.

What is the ECT?

The ECT is a legal framework for energy trade, transit and investment between contracting parties - there are currently 53 signatories, including the UK, the EU and Japan. It aims to promote energy security by way of open and competitive energy markets, whilst respecting the principles of sustainable development and state sovereignty over energy resources.

To encourage investment in energy, the ECT includes provisions to protect investors, including:

Issues with the ECT

If an investor considers that a state has breached a provision of the ECT, they can pursue the state for damages under the Investor-State Dispute Settlement (“ISDS”) arbitral mechanism.

We have seen a growing (and now significant) number of claims (most of which are substantial in value) brought against contracting states following changes in policy to meet states’ environmental objectives, such as commitments made under the Paris Agreement. For example, changes in policy to move away from fossil fuels, often devalue existing fossil fuel investments and claims arise to recover the losses. We have also seen disputes where subsidies and other benefits introduced to encourage investment into the renewable sector, have subsequently been reduced or taken away. States’ obligation to treat investors fairly and equitably are often at the centre of these disputes, as well as states’ duty not to expropriate investments.

Since 2001, 150 claims have been brought under the ECT’s arbitration mechanism2. Of those, 50 claims have related to fossil fuels and 91 to renewable energy. 74 awards have been made in relation to these ECT arbitration claims, of which 37 found a breach of the ECT leaving states with significant damages to pay. For example:

The recent attempt to modernise the ECT was largely a result of concerns that the ECT was prohibiting countries’ efforts to align energy policy with their net zero goals. Such large damages awards, critics say, mean states are unable and/or unwilling to change energy policy for fear of further claims.

There have also been challenges to the compatibility of the ECT’s ISDS provisions with EU law and questions on whether the ECT adversely affects EU autonomy6. For example, the recent cases of Komstroy7 and Achmea8 concluded that the arbitration dispute mechanisms within the ECT are incompatible with current EU law. This has stopped intra-EU claims but may have stymied intra-EU investment in clean energy.

Modernisation of the ECT

Given the above, the Energy Charter Conference (the inter-governmental body tasked with governing the ECT) announced in 2017 that it would be holding discussions on the modernisation of the ECT9. The negotiations, which started in 2020, focussed on bringing the ECT’s provisions on investment protection in line with modern standards and to reflect the evolving climate change and clean energy transition goals of its contracting states.10

After 15 rounds of negotiation, the parties agreed in principle, amongst other things, to the following changes11:

A period of “silence procedure” has been triggered between the parties of the ECT following this agreement in principle. If no party breaks the silence, the text can be formerly adopted at the Energy Charter Conference due to take place on 22 November 2022. Even if the re-negotiated ECT clears this hurdle, any amendments will not enter into force until at least three-quarters of contracting states ratify the amendments – Japan, for example, has indicated that it sees no reason to amend the current ECT provisions12.

The Secretary-General of the ECT commented in June 2020 that "if the modernisation process fails, I don't see a future for the Treaty"13 - the stakes for the modernisation talks were high. The question remains, however, whether the current agreement will be able to deliver change soon enough to adequately address the concerns of contracting states.

Whilst the agreement does represent movement in the right direction, critics flag there are still a number of unresolved issues. For example, despite the fossil fuel carve-out, existing fossil fuel investments will still be protected for 10 years in the EU and the UK, and indefinitely in other states. Given the consensus is that, to have any chance of limiting warming to 1.5 degrees, emissions need to be halved by 2030, 10 years (or more) is unlikely to give states the necessary risk free space to make the required policy changes to reach that goal. If a state instead decides to withdraw from the ECT, which it can do with one year’s notice, the ECT’s sunset provision provides that the terms of the ECT continue to apply to the state for 20 years following withdrawal – again, this does not give states the flexibility to change policy to meet their urgent climate objectives.

A number of states are also not expected to use the opt ins or carve outs (e.g. for fossil fuel), meaning for many contracting parties very little will change as a result of the modernisation agreement.

What are the Alternatives?

There are few alternatives. As indicated above, withdrawal from the ECT is a lengthy, costly and unattractive proposition. Italy, for example, withdrew from the ECT in 2016 but continues to be subject to ECT provisions. It has faced seven arbitration claims from investors under the ECT subsequently.

Some suggest the best alternative solution would be a coordinated withdrawal of the ECT with the rejection of the sunset clause by all ECT members. On 21 June 2022, a group of 76 climate scientists wrote to EU leaders calling for them to work on the withdrawal of EU countries from the ECT14. On the same date, five individuals (aged between 17 and 31) brought a claim before the European Court of Human Rights against 12 ECHR member states (including France, Germany and the UK), arguing that state membership of the ECT violates the right to life and the right to respect for private and family life, given the ECT is hindering the changes in policy needed to tackle climate change and it’s devastating impact on individuals’ lives.

However, even if this unlikely outcome was achieved, this would still leave the issue of what would replace the ECT; a binding treaty for multi-national corporations is needed as part of the clean transition to encourage investment in renewable energies.

Significant steps have been made in the negotiation of the ECT, but serious questions remain about whether enough has been done to support states in their clean energy transition. While the changes will likely have some impact on reducing the number of climate related investor state arbitration under the ECT (for example, intra EU ECT arbitration), we expect companies to continue to have scope to bring claims in this field for some time. 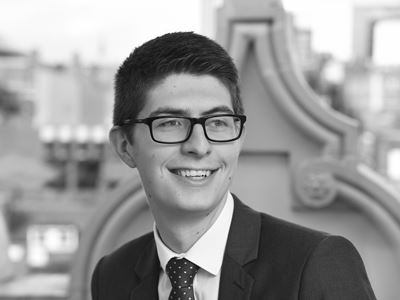