Natalie Hilton of AXA Insurance UK and Kellie Maguire of DAC Beachcroft’s Casualty Fraud team secured discontinuances demonstrating that collusion does not pay. Two claims were brought against a landlord following two separate accidents that the claimants said occurred at the same location but on different dates.

AXA UK’s policyholders rented rooms in their home to the two claimants.

The first of these claimants said that in May 2018 she slipped and fell in the kitchen and suffered a fractured elbow. There had been a flood in 2017 in the kitchen following a leak from a washing machine and the claimant said that this had caused the kitchen floor to be constantly slippery with some of the wooden floorboards being slightly raised, loose and with gaps between them.

The second claimant said she had fallen on the same kitchen floor in identical circumstances in July 2018 and suffered an injury to her ankle.

Both claimants acted as witnesses for each other and claimed to have been present when the other’s accident occurred.

Liability was firmly disputed in both claims.  Whilst it was admitted that there had been a leak in 2017, AXA UK’s policyholder provided evidence that the leak had affected only a small area of the wooden flooring at the front of the washing machine, which was not in the locations where the claimants said they had fallen.  It was denied that the wooden flooring was slippery or hazardous.

Further, the landlord provided evidence that when both claimants initially reported their accidents, the first claimant stated she had been dancing on a table in the living room when she fell and the second stated that she had slipped on a spillage on the kitchen floor following a party.

Neither claimant lived at the property when the leak occurred and it was not until some months after their alleged accidents that they discovered there had been a leak in the kitchen in 2017.  It was at this point that they presented their claims and altered their accounts as to how they came to suffer the injuries complained of.

Fundamental Dishonesty was pleaded and expert engineering evidence was obtained. The expert confirmed that the only effect from the 2017 leak was some discolouration to a small area near the washing machine, but otherwise the flooring was in a good condition and was not slippery as claimed.

The defence was maintained and despite having supported each other’s claims throughout, shortly after the trial date was listed, both claimants discontinued.

Claire Laver, Partner of DACB said, “This is a great outcome arising from an appropriate organised fraud strategy and is testament to AXA’s robust approach to defending fraudulent claims,”

Natalie Randall, Organised Fraud & Financial Crime Lead at DACB said, “The evidence gathered here clearly demonstrates the level of orchestration sitting behind these fraudulent claims, so much so that the claimants felt their only option was to walk away.  Working together with our clients, we are continuing to achieve significant success in organised casualty fraud claims.”

Natalie Hilton, Liability Claims Handler at AXA UK said: “We are pleased that we were able to protect our policyholder against the impact of these fraudulent claims. Following a robust investigation carried out by our teams, substantial evidence against the claimants was gathered to the extent to which made them decide to discontinue their claim.

“Insurance fraud is a serious crime, with significant repercussions.  AXA UK is committed to protecting customers against spurious claims by investigating suspicious claims and by taking fraudulent claimants to court when necessary.” 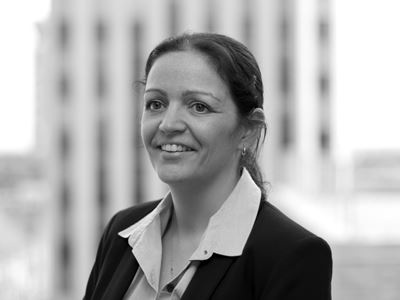