Paravash Kiani a former travel agent who claimed she had been injured by a colleague who ‘stabbed’ her hand with a pen at work, has been sentenced to 6 months imprisonment suspended for 2 years.

DAC Beachcroft were instructed by Allianz Insurance to defend the compensation claim and bring an action for contempt of court when it became apparent that she had lied repeatedly to the police, an employment tribunal and ultimately the civil court.

The Defendant, Kiani, was dismissed by her former employer in December 2015 for gross misconduct. Kiani subsequently alleged that she sustained injuries to her hand and psychological injuries as a result of being stabbed in the back of the hand with a biro on 10 February 2015. Kiani sought to rely on photographs of her alleged injuries to support her claim.

Whilst it was accepted that a former colleague had pressed a pen against Kiani’s hand as a joke, it was strongly denied that the circumstances of the accident had caused her any injury. Prior to issuing the civil claim, Kiani had also unsuccessfully brought a claim against her employer in the Employment Tribunal; and the Police had taken no further action following her reports of the alleged criminal offences committed by her former colleague.

At a two-day trial in Central London County Court in March 2020, HHJ Baucher dismissed Kiani’s claim for personal injury and found that she had been fundamentally dishonest because of the lies she had told to the court. The judge held that she had “concocted the claim”, that the pictures she had provided as ‘contemporaneous evidence of injury’ had been taken two years after the incident, and that she had “encouraged her daughter to lie under oath”.

Subsequently, Allianz Insurance brought criminal proceedings against Kiani, seeking committal to prison for contempt of Court. Kiani made admissions in relation to the remaining allegations of contempt at the hearing and, at a later sentencing hearing, she was sentenced to 6 months suspended for 2 years. Kiani was also ordered to pay the Claimant’s costs.

James Burge, Head of Counter Fraud at Allianz Insurance, said: “People don’t always realise what they risk by bringing a fraudulent insurance claim, but the lies they tell in support of such a claim could land them in trouble. At Allianz, we have zero tolerance to fraud and not only will we detect attempts, but we will also make sure that fraudsters face the consequences of their actions. It is very important to us to protect our customers from false allegations. We achieved this result thanks to close collaboration with DAC Beachcroft, who did tremendous work on this case.”

Claire Laver, Head of Casualty Fraud at DAC Beachcroft, commented: “This sends another crystal clear message to Claimants that fraud will not be tolerated and those who are found to be fundamentally dishonest run the real risk of receiving a criminal conviction. The true extent of the harm caused by fraudsters is not only measured in financial terms but, as in this case, the relentless false allegations, lies and accusations made by Kiani against her former colleague will also have had a negative impact on his life. Justice has prevailed thanks to the hard work and dedication of Kerry Bell of DAC Beachcroft and the counter fraud team at Allianz Insurance who were determined to see that justice is done.”

The Claimant was represented by Paul Higgins of Crown Office Chambers. 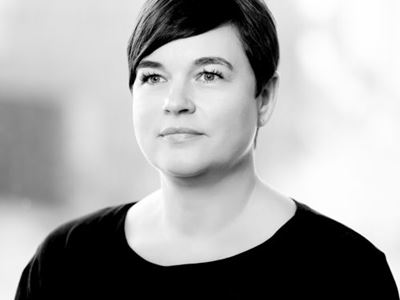 Welcome to the third instalment of the DACB Fraud Future Series, where we continue our appraisal of predictions made prior to the Whiplash Reforms, using analytics to understand what has transpired…