At DACB, we are continually working with insurers and the industry to assess and counter emerging issues around claims and fraud. One such issue is the escalation of cannabis farm claims related to landlord or property claims.

Cannabis farms being discovered in tenanted residential homes is one many of you will be familiar with. Although the farms themselves require bright lights the issues that spawn from cannabis cultivation are much darker.

What is cannabis farming and what are the links to criminality?

Cannabis is a Class B drug and whilst many European countries are moving towards allowing private individuals to grow a small number of cannabis plants for personal use, in the UK, it is illegal to possess, supply, produce or import cannabis, except under a Home Office Licence. That said, many police forces will steer individuals found in possession of small quantities of cannabis to support services rather than prosecuting.

Although this article is primarily concerned with the factors insurers of properties where the farms are housed need to be vigilant of and how DACB can assist, it is useful to understand the wider context of commercial cannabis cultivation and how it intersects with organised crime. The National Police Chiefs’ Council has previously reported that this issue continues to pose a significant risk, with a substantial proportion of Organised Crime Groups (OCGs) engaged in the commercial cultivation of cannabis, which funds further criminal activities. Also reported is the link between commercial cannabis cultivation, modern slavery and people living without legal permission to remain in the UK, including the exploitation of vulnerable individuals. Linked to this is cuckooing where a vulnerable person’s home is taken over against their will and used for criminal activities, including in some instances being used to grow cannabis alongside the distribution of drugs.

Law enforcement referrals can have a number of benefits; as an insurer, you may want to demonstrate a robust approach to KYC checks and underwriting, deterring organised criminals from benefitting from claims as well as the criminality they are involved in, and guarding against money laundering. Also, law enforcement referrals may support recovery of funds following the identification of criminality or fraud.

The Risks to properties and landlords

In addition to the risk cannabis farms pose to those who are recruited to maintain them; these farms frequently degrade the spaces they are found in. The farms have been identified in both domestic settings and in a wide range of commercial properties with the former being the preferred location of OCGs. Regardless of setting, these farms require irrigation, electricity for grow lights which may require cooling via an exhaust fan, and chemical fertilisers, which in turn creates various risks in the insured property and to neighbouring properties, the predominant one being the risk of fire. Rot and mould due to the high humidity levels that result from multiple cannabis plants being present are also often evident in properties used long term for this purpose.

When the use of a property used for growing cannabis ends, landlords are often left with the bills resulting from the damage caused by the tenants, which includes modifying the supply of electricity into the property so that usage isn’t recorded.

In instances where properties have not been regularly inspected, the discovery that it was used for cannabis cultivation only presents itself after the tenants are long gone and potentially at the point of claim.

Landlords will then submit a claim to their insurers for accident damage.

Considerations and strategy for Insurers

The majority of cannabis farm claims put forward to insurers are situated at residential properties which are rented out. On most occasions a tenant (or sometimes a sub-tenant) has set up a cannabis farming operation unbeknownst to the landlord. There is a vast array of policies and cover available to landlords with some policies providing all risk cover, others covering malicious damage by tenants (though probably with a relatively small maximum payment limit) and many not offering any cover beyond accidental damage.

Whether a policy answers in circumstances where a cannabis farm has been discovered will depend not only upon the limits of the cover or the particular peril, most often fire, but also upon the seemingly more mundane question of whether the landlord has complied with its responsibilities to carry out detailed prospective tenant referencing and undertaken regular visits to inspect the rented property during the life of the tenancy and properly logged those inspections.

Those are entirely reasonable steps which one would expect any property owner to undertake in order to safeguard their property, regardless of the requirements of any insurance policy. However, it is remarkable how often it emerges in cannabis farm cases that the landlord failed to complete the requisite checks on the tenants, has accepted cash payments rather than via properly verifiable bank accounts, and has failed to inspect the property regularly, or in some cases, at all. Those failures are often breaches of condition precedents in the insurance policy which can lead to declinature of the claim, so it is essential that insurers make policyholders properly evidence that they have complied with those conditions.

Vacant properties have increasingly become an issue in the commercial space as well with the fall-out from lockdown and an increasingly tough financial environment, meaning increasing numbers of empty properties have been broken into and used as cannabis farms without the knowledge of the owners. Insurers should pay particular attention to unoccupancy clauses relating to regular inspections, records of such visits and conditions relating to removal of flammable debris, cutting of electrical supply and site security when premises are vacant.

In such cases insurers should carefully consider what information has been given at inception or policy renewal in order to consider whether the policyholder has made a fair presentation of the risk. We have advised on several declinatures and policy voidances where the insured has failed to notify its insurer of material changes in occupancy and also failed to carry out inspections. In one case, the policyholder renewed without having told its insurer that the premises were vacant or that a cannabis farm had been discovered three months before renewal. The premises burnt down two months after renewal when debris from the cannabis farm lying around outside was set alight by persons unknown.

Following discussions with underwriters the policy was voided back to the renewal date when the policyholder failed to notify the insurer of the true position regarding the premises.

Input from underwriters is essential in such circumstances as they will be able to confirm whether they would have offered reduced FLEA cover, and the conditions which would have attached to that, or simply elected not to offer cover at all.

Insurers should also consider, in cases where the policyholder has suspected that a premises is being used as a cannabis farm, whether they have reported those suspicions to law enforcement in a timely manner as not doing so may well be a breach of any conditions to take reasonable steps to take care of the property.

In all cases, it is important that insurers engage skilled investigators who recognise what a cannabis farm looks like, even from what limited burnt out debris may remain, and who are able to liaise with the emergency services in order to establish the likely cause of any fire and gain access to any relevant evidence as soon as possible.

How can DACB Help you with cannabis farm claims?

Our DACB Property and Intelligence Teams can assist in a number of ways on property claims where cannabis cultivation features, whether that is from a claim investigation perspective, assessing the prospects of making a recovery where a claim has been paid or a law enforcement referral.

Our Property Team comprises an experienced team of lawyers with a track record of success in dealing with claims pre-litigation, litigated claims and also complaints to the Financial Ombudsman Service.

The team recently provided advice on a claim where forensic evidence suggested a property was in the process of being converted to a cannabis factory, although the evidence was equivocal. The lawyer with conduct identified a potential coverage issue (breach of an exclusion for damage to property being used for illegal acts) and worked closely with our appointed forensic investigators to build further evidence which led to the insurer declining indemnity for a £400k claim.

The Intelligence Team provide bespoke desktop investigations on both pre-litigated and litigated cases. They can also provide ‘intelligence only’ research or analysis on cases that have not yet litigated or been referred to DAC Beachcroft.

The team of talented Intelligence Professionals have been selected from a range of backgrounds including law enforcement, regulatory, insurance and military expertise. The enviable reputation of the team is as a result of the combined skills of the whole team in:

Please get in touch with Mark Gallagher, Head of Property Fraud or James Hughes, Intelligence Analyst specialising in property fraud, if you require further details regarding how the DACB Property Team can work with you on claims of this nature. 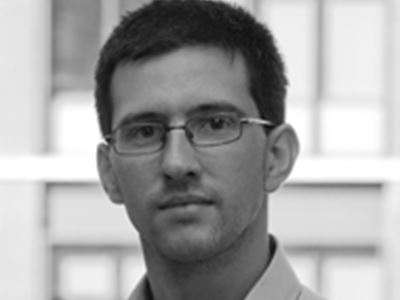