The Court has sent a reminder to claimant solicitors of the importance of progressing their cases and ensuring compliance with the RTA Protocol. In the recent case of Reynolds v ERS Claims Ltd the claimant’s claim was dismissed after they were found to have failed to submit the stage 2 pack within 15 days of finalising their medical evidence.

The claimant had been injured in a road traffic accident and brought a claim for personal injury arising from that accident within the Pre-Action Protocol for Low Value Personal Injury Claims in road traffic accidents. Liability was admitted within the portal. The claimant was not ready to submit the stage 2 at the expiry of limitation and so proceedings were issued under Part 8 and stayed. It was not clear why the claimant was not ready and so instructions were sent to DAC Beachcroft by ERS to oppose any extension.

Nine months after limitation the claimant was still not ready to submit the stage 2 pack and made an application for an extension to the stay. The application went to a hearing however this was adjourned after the solicitors failed to file a hearing bundle.

When the application next came before the Court, approximately 5 months later, the claimant had effectively had his sought-after extension (by default). The day before the hearing the claimant served his medical evidence and confirmed that that it was finalised. At the hearing the Court lifted the stay and ordered the matter be set down for a stage 3 hearing in case the parties were unable to reach agreement.

Following this the stage 2 pack was still not forthcoming from the claimant, even though the date for the stage 3 hearing had been set down. Paragraph 7.33 of the protocol provides:

(1) the final medical report and agreeing to rely on the prognosis in that report; or

The claimant was now considerably over the 15 days allowed. If he had submitted the pack then the proximity of the stage 3 hearing would have prevented the defendant from being able to consider and negotiate on the stage 2 pack ahead of the hearing.

Paragraph 9.1 of Practice Direction 8B of the Civil Procedure Rules states that where the defendant opposes the claim because the claimant has not followed the procedure set out in the relevant protocol the court will dismiss the claim. It was agreed within the defendant’s team that an application would be made for the claim to be dismissed on the grounds that, in not sending the stage 2 pack within 15 days of the approval of the final medical reports, the claimant was in breach of the protocol and therefore the claim should be dismissed under Paragraph 9.1 of PD 8B.

The claimant did provide the stage 2 pack claiming £25,976.98 (after working hours, 4 days before the stage 3 hearing), however by this time he was already in breach of the protocol and the defendant proceeded with its application. On receipt of the application the claimant’s solicitors then decided to exit the claim from the portal for “value and complexity”. He issued his own application for the matter to be transferred to Part 7 and directions given.

There was not sufficient time to deal with the applications during a stage 3 hearing and so the matter was adjourned once again. When the matter came back before the court again the claimant’s claim was dismissed. DDJ Blakeborough considered that the claimant’s own application made it clear that he had not followed the pre-action protocol and the wording of the relevant practice direction did not allow any discretion.

There have been several previous cases concerning the prescriptive nature of the protocol and the importance of following the protocol to the letter. This case once again highlights the advantages to defendant lawyers in being well versed in the protocol which can lead to significant savings. 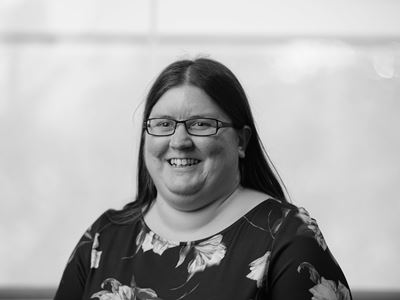