We have often emphasised the importance of early surveillance to confirm a claimant’s true position and to give the defence a fighting chance of achieving a successful outcome from their point of view. This recent example, in which our Richard Wetherell worked closely with the insurer client, illustrates the point.

The claimant (C) was at work on a fairground when he was hit by a ride and suffered brain and spinal injuries.

We thoroughly investigated the claim and liability was initially denied. At the CCMC a spilt liability trial was ordered and C was to serve a preliminary schedule setting out all the losses claimed. Shortly after the hearing had ended, we agreed with C that an early JSM would be in the interests of both parties. Late HSE disclosure had revealed two independent witnesses who supported C’s version of events, meaning we would not be able to maintain our denial.

C’s brain injury was classed as “moderately severe” with a skull fracture and an intracranial haemorrhage. C’s medical evidence was heading down the chronic pain route and their spinal expert said C immediately required an electric scooter and single storey accommodation, plus he would be wheelchair dependent for community mobilisation by age 65.

The schedule valued the claim at £3.8m including care, case management, earnings for life, equipment, transport and accommodation among others.

At a very early stage, upon receipt of an immediate needs assessment, our insurer client had concerns regarding apparent inconsistencies in C’s case. C’s medical records confirmed C was assessed as being independently mobile, able to use stairs, and wash and dress when in hospital. However, a month later when the INA was carried out at C’s home, C reported being confined to downstairs and requiring significant assistance to dress and wash. Based on these contradictions our insurer client arranged early surveillance which showed C to be much more capable than alleged, including climbing and descending a flight of 71 steps twice in a short period of time.

We disclosed the surveillance together with a detailed position statement to C’s legal team on the eve of our JSM. We invited the claimant to discontinue his claim. On receipt of our evidence, C’s counsel offered to accept £250,000 plus costs. We rejected this and gave C 14 days to consider discontinuing his claim, after which we would seek to amend the defence to plead fundamental dishonesty. Just before the 14 days expired, C agreed to discontinue providing there was no order for costs and that we would take no further action. Our insurer client accepted this as background checks had confirmed C had no funds against which to recover.

Once again, we secured a great outcome by combining a thorough understanding of the issues with a comprehensive and early investigation of all the issues in the claim and by taking a collaborative approach with our insurer client.

Click here to read more from our Complex Injury experts. 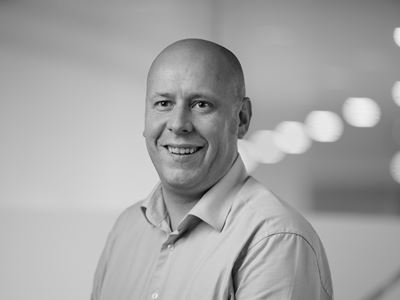