Most sequels are doomed to the same fate. Perhaps if they were a standalone piece they would receive better reviews, appreciated in their own right even. Instead they are met with the same damning appraisal: “it’s just not as good as the original”. A small minority, however, buck the trend. What do the Godfather Part II and the Court of Appeal decision in CIS General Insurance Limited v IBM United Kingdom Limited have in common? The sequel is better than the original. This article explains why you should still be talking about the Court of Appeal decision: providing a brief summary of the case, before setting out the lessons to be learned in practice as a result of the judgement.

The High Court decision in CIS General Insurance Limited v IBM United Kingdom Limited received much attention from the legal press. In part, as it is rare that we see high value IT Law cases play out in court; disputes are normally resolved quietly behind closed doors. The case addressed the failure of a high value digital transformation project and the purported termination of, and associated repudiatory breach of, the project contract.

The primary issue in this case was an allegation made by CIS, the wholly owned subsidiary of The Co-Operative Group, that IBM had wrongfully terminated a contract for the development of a new insurance underwriting system. IBM were appointed prime supplier under the contract but relied heavily on a subcontract with Innovation Group (IG) to implement the tech solution for the project. The general insurance system which IBM were to deliver under the contract was high value (an initial £5.6million outline phase agreement to scope the system, £50 million for the implementation of a new system and £125.6 million to manage the system for 10 years), this, combined with the keen eye of the regulator focussed on the project, rendered the project a fairly high stakes endeavour. IBM purported to terminate the contract for CIS’ non-payment of an invoice for £2.8m of unpaid licence fees. Although this was the trigger to the dispute, the evidence indicates that problems throughout the project were rife, and once the case begun, Pandora’s box had opened.

One of the key findings in the original High Court decision was around limitations of liability; when calculating damages CIS claimed for loss of outlayed monies to the project and the High Court held that, as the Master Service Agreement between the parties excluded liability for loss of profit, revenue, and savings, it was a logical extension that wasted expenditure was also covered under this exclusion. In a widely welcomed move, the Court of Appeal reversed this part of the decision, citing as their reasons that wasted expenditure was not expressly included in the clause, and considering the granularity in the clause, if this were intended to be included, it would have been expressly included.

Aside from the above, this case raises a number of other important learnings for IT Lawyers and those involved in the procurement of IT systems:

By recovering some of their damages from IBM, CIS won the case, but were then left with no general insurance system. In the initial ruling Mrs Justice O’Farrell concluded, “The project was a failure. The parties abandoned unfinished a project that had consumed costs in excess of £120 million, leaving them with a system offering little or no value and substantial financial losses.”

Whilst there are clearly points here as to how contracts address dispute escalations and liability, it is also a reminder that there are rarely winners in a dispute of this level.

The full Court of Appeal judgment can be found here. 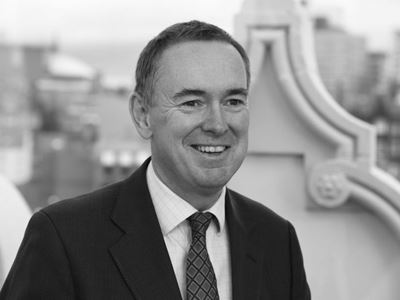