Our Glasgow casualty team were instructed by the defender in the All-Scotland Personal Injury Court in this unusual case. The pursuer sought to bring an action for personal injuries on behalf of his late wife who had died a few months after the date of the accident for reasons unrelated to it. His action was dismissed at Debate on the basis that he had no title to sue at the time the action was raised.

The deceased was injured on 23rd February 2018 when she tripped over a mat while working as a bakery assistant in a supermarket. The pursuer averred that the defender was vicariously liable for the negligence of a cleaner employed by it. The defender admitted the basis of the claim but argued that the action should be dismissed because the pursuer had no title to sue.

The claim was served on 22nd February this year and in July the pursuer enrolled a motion to sist (adjourn) the cause for three months to allow him to be confirmed as executor dative in respect of the deceased’s estate. An executor dative is appointed where an individual died intestate.

The defender expressed surprise at this turn of events as the question of any issue with the pursuer’s status had not been raised before. The motion to sist was opposed on the ground that the pursuer was not, in fact, the executor dative and there was no title to sue if he had not been at the time the claim was raised. We moved to have the action either dismissed or, at least, to refuse the pursuer’s motion to sist so that we could, on behalf of the defender, enrol a motion for summary decree of dismissal.

The pursuer lodged a Note of Argument in which he confirmed that he had not been appointed or confirmed as executor dative but that a petition to this effect was being presented.

The court refused the pursuer’s motion to sist and allowed further adjustment (amendment) of the pleadings. The pursuer then enrolled a motion to allow a proof before answer which is a hearing on both factual and legal issues and appropriate where the court needs to hear the evidence before it can address the legal issues. We opposed this because the question of the right to sue was a preliminary issue akin to a question of jurisdiction or the like. We argued that a Debate, a hearing on legal arguments, was appropriate. The sheriff agreed, refused the motion and fixed a date for Debate.

The defender asked for the action to be dismissed. The pursuer asked the court to reject that argument and appoint the case to proof or proof before answer.

The pursuer argued that the pursuer had title to sue by virtue of being the deceased’s spouse and the beneficiary of her estate. He was entitled as a matter of right to be appointed executor dative. The appointment was an administrative rather than a judicial function of the court. Although the pursuer accepted that title to sue must exist his stance was that he had an “imperfect” title which could be perfected by appointment.

We in turn argued on behalf of the defender that an executor dative must first petition the court to be appointed such. We put the point to the court that whether or not the pursuer was de facto a beneficiary was not the issue. The question was whether the pursuer had the right to sue in the first place. He had not been appointed as executor dative and therefore he had no title to do so. The action should be dismissed.

As the spouse the pursuer did not have an exclusive right to be appointed executor dative. Other next of kin could be appointed, so his argument that he would inevitably have been appointed was not correct. But, said the sheriff, even if he did have an exclusive right, he had not exercised it at the time the action was raised. This was not a situation where there is a title which needs only to be perfected: there is no title at all. Accordingly the claim was dismissed with expenses.

This is another in the line of cases both north and south of the border in which one of the parties has skated on procedural thin ice and fallen through. The eagle-eyed among you will have noticed that the claim was served the day before the triennium expired. There being no period for service over and above the three-year limitation period for personal injury claims in Scotland, this was cutting it fine. Had the pursuer sorted out his appointment as Executor Dative before the proceedings were raised, none of his subsequent problems would have arisen and the claim would have been settled, liability having been admitted. Of course the claim is now, unfortunately,  time barred.

Had the pursuer started the appointment process before the claim was raised, i.e. he was in a position more akin to having a “perfectible” title as argued by his advocate, would the sheriff have exercised leniency? He says in paragraph 12 of the judgment that this was not a case where the pursuer had actually been appointed executor dative and merely required this to be confirmed. Had he been so, the sheriff’s view might have been different.

Our client, the defender, was represented in court by one of our casualty solicitors, John Stringer. The pursuers had appointed Counsel. 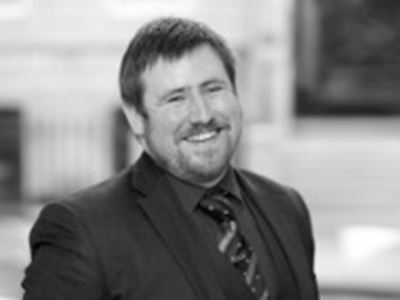