Can a disabled person ever claim damages on the basis that they would not have been born but for a defendant’s negligence? This is the question that was considered by Lambert J in the recent case of Toombes v Mitchell [2020] EWHC 3506 (QB).

It is a well-established principle that a parent can claim for the reasonable costs associated with a child’s disability, if that child has been born due to a defendant’s negligence. This is what is known as a “wrongful birth” claim. But what about the child? Can he/she bring a claim for personal injury? In McKay v Essex Area Health Authority [1982] 2 All ER 771, the Court of Appeal held that, pursuant to the provisions of the Congenital Disabilities (Civil Liability) Act 1976, a disabled person cannot sue for “wrongful life”. There is no valid claim if the argument is that had negligence not occurred, the child would not have been born.

In Toombes, the Court looked (as a preliminary issue) at the scope of the principle. The decision of Lambert J shows that there is legal scope for claimants who are born disabled as a result of pre-conception negligent advice to claim damages in their own right for their own “wrongful conception and birth”.

The Claimant, aged 19 at the time of the hearing, was born with a defect causing spinal cord tethering. Her mobility is very limited and she suffers from double incontinence. She alleged that her disability was caused by her mother’s failure to take folic acid before her conception. Her mother did not take the folic acid because the Defendant GP failed to warn her that folic acid intake helped to prevent spina bifida or neural tube defects.

The Claimant brought the claim through her mother and litigation friend in respect of her own “wrongful conception and birth”, alleging that, if the Defendant had not been negligent, she would not have been conceived when she was. Her mother would have avoided conception while she increased her intake of folic acid. A different child would have been conceived at a later date. This child would have been a “genetically different person” to the Claimant. The disabled Claimant would not have come into existence.

The Defendant argued that the claim was a “wrongful life” case and therefore excluded by the Congenital Disabilities (Civil Liability) Act 1976; it would be wrong to allow the Claimant to recover damages where the correct advice would have led to the conception of a different individual.

The Claimant argued that the term “wrongful life” was restricted to negligence following conception, but for which the pregnancy would have been terminated. She argued her claim fell within the terms of s.1(2)(a) of the 1976 Act, which covered liability to a child born disabled as a result of an occurrence before conception.

The Court noted that the Claimant’s mother would have had a valid claim for damages in wrongful birth for the reasonable costs associated with the Claimant's disability, but she had chosen not to bring such a claim.

1. A wrongful act - in this case the alleged failure to advise the mother to take folic acid;

2. An “occurrence” - in this case the sexual intercourse whilst the mother was deficient in folic acid;

3. A disabled child being born as a result – in this case as a result of the folic acid deficiency.

Lambert J concluded all 3 elements above were present in the Claimant’s case. This, it was held, was a claim for “wrongful conception”, not “wrongful life”. The Court distinguished between pre and post conception occurrences. Lambert J considered that post-conception cases were treated as wrongful life claims and were, therefore, not valid under the 1976 Act, whereas the Act did not exclude claims based on pre-conception negligence. A negligent failure to prevent the birth of an already conceived child engaged social and moral policy issues, including an imposition on the medical profession of a duty to advise abortion in possibly dubious circumstances. However, claims based on a wrongful act before conception, raised no such difficulties.

It is worth noting that, whilst the preliminary issue was found in the Claimant’s favour in this case, a causal link between “the circumstances of the sexual intercourse and the disability” still has to be established in pre-conception occurrence claims. Causation was found to be present here, because if the negligence had not occurred, a healthy child would on balance have been born. But other pre-conception cases would fail if the intercourse would have produced a disabled child in any event. For example, there would no claim for the child, if following negligent advice about their genetic status, the parents had conceived and the child was born with the genetic disability. In such cases, however, although the child would have no claim, because it would be based on a claim for wrongful life, the parents may have a valid claim for wrongful birth.

The decision confirms that claimants born disabled as a result of pre-conception negligence can bring wrongful birth claims in their own right. Provided they can show that they fall into the appropriate categories of the Congenital Disabilities (Civil Liability) Act and prove causation, they will no longer need to rely upon their parents to bring claims for “wrongful birth”.

That said, this Judgment is likely to divide opinion, given the moral and ethical issues that it raises. We will have to see if the decision will be appealed, and whether the appellate Courts agree with Lambert J. 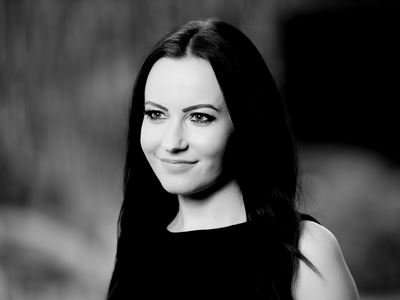