Should the doctor be liable to compensate for the haemophilia, or both the haemophilia and autism? This question concerns the scope of the doctor’s duty of care, and is the subject of the Supreme Court’s judgment in the case of Khan v Meadows [2021] UKSC 21.

Before she became pregnant Ms Meadows asked Dr Khan, her GP, to establish whether she carried the haemophilia gene, because her nephew had been born with this condition. Tests were performed but the wrong advice was given, and Ms Meadows was led to believe that any child she had would not have haemophilia. Ms Meadows fell pregnant and gave birth to a son, Adejuwon, who unfortunately suffers from both haemophilia and autism.

Ms Meadows sought damages from Dr Khan. She claimed that she should have had genetic testing and once known that she carried the haemophilia gene, she would have undergone testing for this when she was pregnant. This would have revealed the fetus had haemophilia and she would have chosen not to continue with the pregnancy.

Dr Khan accepted that Ms Meadows was entitled to recover the additional costs associated with the her son’s haemophilia. The issue in dispute was whether Dr Khan was also liable for the additional losses associated with her son’s autism. This was an important question for the parties, because whereas compensation for the haemophilia alone would have been in the sum of £1.4m, compensation for haemophilia and autism would have come to £9m.

The Court relied on the decision in South Australian Asset Management Corporation v York Montague Ltd [1997] AC 191 [“SAAMCO”], a case which considers the extent of a property valuer’s liability to their client.

Here, the focus of the consultation, advice and appropriate testing was directed at the question of haemophilia. It was not directed at any other risks associated with pregnancy. Dr Khan was not asked to provide advice on any other issues such as the risk of autism. Adejuwon’s autism was outside the scope of the Dr Khan’s duty of care, and was an inevitable risk of any pregnancy. Therefore, Ms Meadows could not recover for the costs associated with her child’s autism, but only those associated with haemophilia, as they alone constitute loss that falls within the scope of Dr Khan’s duty of care.

The Supreme Court upheld the Court of Appeal’s decision. The court rejected the submission by Ms Meadows that the SAAMCO approach was not suited to cases of clinical negligence. It was held that Dr Khan was liable only for losses falling within the scope of her duty of care to advise Ms Meadows on whether or not she was a carrier of the haemophilia gene, therefore she was not liable for costs associated with Adejuwon’s autism. The individual judgments addressed the issues in slightly different ways, but their Lordships’ approach was overall similar in content. The lead judgments of Lord Hodge and Lord Sales provided a model for analysing the scope of duty principle in the tort of negligence, asking these six questions in sequence:

Applying the six questions to the facts of this case, the Supreme Court held that:

A particularly important justification for not including autism within Dr Khan’s duty of care was identified by Lord Burrows:

“If one were to allow this appeal by deciding that the autism losses are recoverable, it is hard to see how one could deny that there would also be recovery of those losses even if the child had been born with autism but not with haemophilia. That would seem an even more startling result because the very risk that the mother was concerned about would not have eventuated at all.”

The case was framed as a claim concerning advice and information, but can it be applied for the benefit of defendants beyond these strict bounds? The Supreme Court stated that the nexus test would not generally arise in medical negligence cases, but did not rule out wider application beyond the provision of advice/information. In a number of cases involving failure to test, treat or advise about one condition, where another condition may have been revealed or prevented but for the alleged breach, the scope of duty argument provided in this Supreme Court judgment may, in appropriate circumstances, limit the defendant’s exposure and provide an important defence. 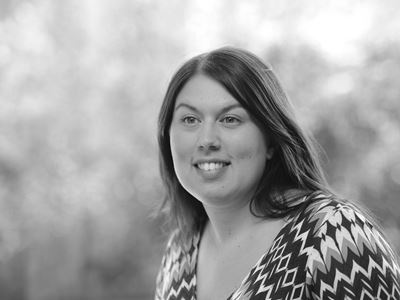