The Independent Medicines and Medical Devices Safety (IMMDS) Review was commissioned in February 2018 by the then Secretary of State for Health, Jeremy Hunt. Led by Baroness Cumberlege, the Review was tasked to consider three ‘interventions’ 1) primodos 2) sodium valproate and 3) vaginal mesh.

The Report of the review was published on 8 July 2020, and made 9 strategic recommendations and 50 Actions for Improvement. The government provided an interim response to the Report in January 2021, and on 26 July 2021, provided its final response.

Summarised below is the government’s response to the 9 strategic recommendations of the Report:

Recommendation 1: ‘Apologise’ – this was accepted and actioned by the government within 1 day of the publication of the Report, with an unreserved apology on behalf of the healthcare system to those women for the time the system took to listen and respond.

Recommendation 2: ‘Appoint a Patient Safety Commissioner’ – this has been accepted and action is underway to legislate for the same. A public consultation is ongoing (closing 5 August 2021) to consider in detail how the Commissioner will be appointed and will operate. It is intended that the Commissioner will be in post in early 2022. The Commissioner is expected to have a number of statutory powers to help them fulfil their role, including the power to request and share information, and make reports or recommendations to relevant persons.

Recommendation 3: ‘Establish an independent Redress Agency’ – the government do not accept this recommendation and have no plans to establish a redress agency. We discuss this further below.

Recommendation 4: ‘Establish a scheme for …pelvic mesh, to meet the cost of providing additional care and support to those who have experienced avoidable harm and are eligible to claim’ – the government do not accept this recommendation. We discuss this further below.

Recommendation 5: ‘Establish a network of specialist centres to provide comprehensive treatment, care and advice for those affected by implanted mesh’ – accepted and actioned. There are now 8 specialist centres in operation in England: including Newcastle upon Tyne, Sheffield, Manchester, Cambridge, London, Leicester, Nottingham and Southampton.

Recommendation 6: ‘MHRA improvements, particularly in respect of adverse event reporting and medical device regulation’ – accepted and work is underway. The MHRA has published a new plan for 2021-2023 to ‘put patients first’. It has initiated a programme of work to improve how it listens and responds in a timely and robust manner, to protect patient safety.

Recommendation 7: ‘Create a central patient-identifiable database, with details of devices implanted’ – accepted and work is underway. The government has legislated for the establishment of a UK-wide Medical Device Information System (MDIS). £11m has been set aside for work over 2021/22 to scope, test and cost options for MDIS. It is intended this will be a 5-year programme of work once the business case is completed.

Recommendation 8: ‘Expand the GMC register to capture financial and non-pecuniary interests for all doctors, with mandatory reporting of payments made to hospitals, research institutions and individual clinicians made by the pharmaceutical and medical devices industry’ – the government partially accepts this recommendation. The government does not consider that the GMC register is the place to hold this information. It is intended that become a regulatory requirement that all registered healthcare professionals (i.e. not just doctors) should declare their relevant interests and it will be published locally at employer level. Further work is ongoing to consider industry reporting.

In addition to the strategic recommendations, the comprehensive Report also outlined 50 Actions for Improvement, 15 of which relate specifically to vaginal mesh. Details of all Actions and Responses can be found in the attached comprehensive reply. In summary - the government agreed to all (mesh) Actions for Improvement in full or in part, bar 1, which was to maintain a remote counselling service for mesh affected patients. This is because specialist mesh centres have now been set up and will include access to an MDT, providing a wide range of patient support including psychologists and counsellors.

The Actions for Improvement (generic and mesh specific) are largely centred around;

The government’s rejection of Recommendations 3 & 4 (Redress Agency/Scheme for Pelvic Mesh) is bound to come as a disappointment for mesh affected women who have campaigned tirelessly for many years. It is however unlikely to be a surprising response, bearing in mind the governments’ interim view expressed in January 2021.  The reasons for rejecting these recommendations are multi-factorial:

Trusts (and individual clinicians) should pay particular attention to paragraph 2.26 of the response, where it is accepted in principle that bodies who have received complaints (about mesh) should reassess what they have been told and satisfy themselves that they have taken the necessary steps to identify any patterns and trends. The response notes that the GMC has, since 2006, completed 18 investigations into complaints relating to mesh, PHSO have identified 2 cases and the CQC are also aware of this requirement. You may find cases being reopened for additional consideration.

Sticking with the theme of complaints, it is noted that DHSC are developing a Patient Safety Action Plan and it is agreed in principle by the government that organisations who take complaints from the public should designate a non-executive member to oversee the complaint handling process and outcomes. This may require consideration and possible restructure within Trust organisations.

Finally, for completeness, the High Vigilance Restriction period or “pause” which was introduced in July 2018 remains in place. NHSEI are monitoring progress on meeting the conditions of the national pause and changes will only be made following consultation with stakeholders including patients, professional bodies and other NHS organisations. It remains to be seen if, when and with what conditions vaginal mesh surgery may be reintroduced and offered to women.

The government states that it is committed to making rapid progress on all of the areas set out in its response, and aims to publish an update on progress and implementation in 12 months’ time. 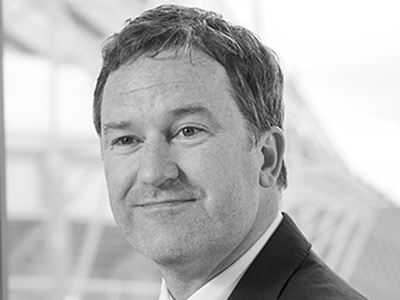