How many times have we heard, or indeed said, the words “the court will have sympathy for the Claimant”?  A judge is, after all, a human being with a beating heart and, when presented with an innocent and injured individual, there is often a perception that the judge will lean towards compensating a “worthy” Claimant rather than entertaining technical legal arguments.

This was a consideration in a recent case in which we acted on behalf of a residential landlord.  The Claimant, a teenage daughter of the named tenant, was reaching into a wall-mounted cabinet when it fell from the wall striking her violently in the face, inflicting permanent injuries.  The Claimant’s solicitors were at pains to point out, rightly, that had the Claimant been a small child she might have been much more seriously injured, or even killed, under the weight of the cabinet.  They looked to the landlord to compensate their client.

The cabinet had been installed over ten years prior to the accident, shortly before the landlord purchased the property as a rental investment.  There had been no reported faults relevant to the cabinet but likewise no specific inspections or maintenance carried out in the ten years of ownership.  The landlord left the tenant to quietly enjoy the property but employed a management company to deal with inspections and maintenance and to repair defects as and when they arose.

It was common ground that the cabinet in question was fixed with two brackets from behind the cabinet.  They allowed for a total of six screws (three in each), but there were only two screw (just one screw in each bracket).  The Defendant accepted that the fixing of the cabinet was insufficient and indeed dangerous but had nonetheless stood for over ten years.  The inadequacy of the fixing had only been identified after the accident.

Under the provisions of the DPA 1972, premises let under a tenancy agreement (where the landlord has an obligation to keep the premises in repair), the landlord owes a duty to take reasonable care to see that they are reasonably safe from injury or damage caused by a relevant defect.

This duty is owed if the landlord knows (whether as a result of being notified by the tenant or otherwise) or if he ought, in all the circumstances to have known of the relevant defect.

Following the accident the cabinet was refitted with the appropriate number of screws (three in each bracket) plus an additional ten or so fixings through the back of the cabinet.  The Claimant sought to argue that a) the cabinet was defective and b) the landlord knew that it had not been fixed to the wall with screws through the back and therefore ought to have known that it had not been adequately fixed and therefore defective.

On behalf of the landlord, we argued that, firstly, there was no defect for the purpose of the DPA.  Although the cabinet was not adequately fixed to the wall, and therefore unsafe, this is not the same as defective.  The DPA imposes no obligation on a landlord to improve the safety of premises unless and until a danger is created by something falling into a state of disrepair.  There was, in this case, nothing “broken” which required “fixing”.  Neither the cabinet nor the bracket had fallen into a state of disrepair.

Secondly, we argued that, even if there was a defect the landlord was not on notice of it.  The inadequately fixed brackets could not be detected without removing the cabinet from the wall.  The lack of fixings through the back of the cabinet was not sufficient to put the landlord on notice of inadequate fixing generally (indeed the additional screws were only added for “peace of mind” and were not structurally necessary).

The case proceeded to a “virtual” trial at Ipswich County Court in January 2021 where the judge heard all of the above arguments and concluded firstly that, although the cabinet was undoubtedly unsafe, there was indeed no relevant defect for the purpose of the DPA.  There had been no “falling into a state of disrepair” and nothing “broken” which required “fixing”. It followed that there could be no breach of the Act and no other recourse for the Claimant.

The Judge went further to find that even if he was wrong about whether there was a relevant defect in the state of the premises, the Defendant had no actual knowledge and could not reasonably have known about it, owing to the invisibility of the brackets and fixings.  The Judge stated that the burden would be too high to require the Defendant to dismantle each cabinet to satisfy himself that the fixings were secured properly.

On the basis of these findings, the Judge had no alternative than to dismiss the claim.

This case illustrates the fact that claims brought under the auspices of the DPA 1972 require careful consideration.  On first analysis, the facts of this case present as a nasty injury to an innocent and faultless young Claimant who will attract the sympathy of the court.  Furthermore, it is easy to confuse dangerous premises (which the kitchen had clearly become in these circumstances), with defective premises, which the kitchen was not.  Despite there being a genuine accident caused by something dangerous, and notwithstanding the lack of any relevant inspection regime, there was a full defence to the claim.  It is important in cases such as this to be able to apply the appropriate legal analysis so that appropriate cases can be defended.

This case was defended by Thomas Magee, an expert in public liability claims. For more information or advice, please contact one of our experts in our Casualty Injury Team. 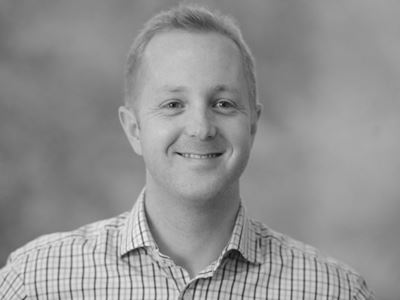 The figures from the Claims Portal Company to December 2020 shows a continuing decline in claim volumes.