There has been another twist to the tale of Legal Professional Privilege (“LPP”). A recent UK Supreme Court appeal decision has provided an important clarification on the fundamental principle that exchanges between lawyer and client should remain private.

The law concerning legal professional privilege is a constantly changing landscape for lawyers and clients to chart. Importantly, the law in Scotland is presumed to be identical to that in England and Wales, even if the terminology has differed.

There are two guises which LPP can take:

A ruling on LPP was made by the Court of Appeal of England and Wales, in the case of Sports Direct International Plc v The Financial Reporting Council [2020] EWCA Civ 177.  Here, the Court was asked to examine whether an email and its attachments should be treated as a single communication for the purpose of legal privilege.

The Financial Reporting Council (“FRC”) had been investigating the conduct of auditors during which disclosure of various documents was requested. Sports Direct International (“SDI”) (now Frasers Group) withheld 40 documents claiming LPP attached as they related to SDI obtaining legal advice. They comprised 19 emails and 21 attachments to those emails exchanged between SDI’s internal and external legal advisers.

SDI appealed to the Court of Appeal against an order of the High Court in 2018 ordering them to disclose the withheld documents. There were a number of grounds of appeal including one referred to as “The Communication Issue.”

Essentially, while the emails in question were protected by legal advice privilege some of the attachments were pre-existing documents which, on a standalone basis, would not ordinarily be covered by LPP. SDI contended that the email and attachment should be treated as one single communication and that privilege therefore attached to the whole.

The Supreme Court subsequently refused SDI permission to appeal, stating that it did not raise “an arguable point of law.”

The UK Supreme Court’s endorsement of the Court of Appeal decision makes the scope of legal professional privilege clear.

Any organisation which may require to conduct internal investigations in the face of potential criminal court proceedings must be alert as to what they attach to email communications with lawyers.

Attaching documents to which legal privilege doesn’t apply to email correspondence with lawyers does not mean those documents will become protected by LPP. Despite being sent under the banner of LPP, documents may still find their way into the hands of third parties.

For legal advice in relation to your rights and obligations with respect to LPP or confidentiality, contact our team of Regulatory solicitors. We have extensive experience in the issues discussed and in assisting individuals and corporate bodies faced with regulatory investigations, across all sectors and industries. 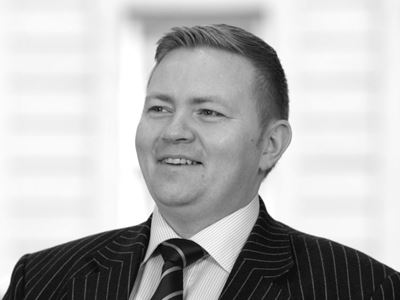