DAC Beachcroft (N.Ireland) LLP were delighted to once again support the  Insurance Institute Northern Ireland Masterclass series with a panel discussion on the very timely issue of the imminent change in the personal injury discount rate in Northern Ireland. Chaired by Catriona McCorry, Associate in DACB’s  Casualty team, Louise Butler, DACB Partner in Complex Injury and Edward Butler, Senior Vice President of Lockton were joined virtually by Mr Justice Gerald McAlinden, a serving member of the Northern Irish judiciary and Alastair Ross, Assistant Director of the ABI on 23 September 2020.

Discussion points and questions and answers flowed under Catriona McCorry’s chairmanship and feedback on the session has been positive. For those who were unable to tune in to the event, below is a summary of the key messages delivered by the panellists.

Louise Butler provided an excellent summary of the background to the PIDR, its emergence from the Damages Act and the decision in the case of Wells v Wells, the changes in the methodologies in England & Wales and Scotland in 2019 and why Northern Ireland was behind in tackling this issue. She provided a synopsis of the consultation process including some stark figures illustrating how the costs of claims would dramatically increase. Louise concluded with her views that Wells & Wells is outdated and that the English model is the most appropriate one for NI to  adopt, as it better reflects the nuances of this small jurisdiction whilst the Scottish model runs the risk of over compensating the injured party.

Mr Justice McAlinden was able to impart the most recent developments arising from the Shadow Justice Council sessions. Insurers will have been heartened to hear the Judge’s references to the likely new rate of -1.75% as a ‘stop gap’. Insurers will no doubt have been encouraged that the Justice Minister has seriously considered the various submissions by stakeholders seeking a change in the methodology. The fact that each of the separate legal jurisdictions in the UK now have 3 different rates, 3 different  methodologies and reviews at 3 different times was also  highlighted as a concern.  Mr Justice McAlinden also referenced the role that Periodical Payment Orders may have to play in resolving large loss claims in the future.

Edward Butler provided insight into the various challenges facing not only the insurance market but indeed consumers, taxpayers and in particular he discussed the implications for medium enterprise businesses. The subsequent hike in premiums that will follow with increased claims values means that the level of indemnity required by these businesses will also have to increase. One catastrophic claim could wipe such a business out. His message to the broker market was to ensure that clients are offered the correct policies providing requisite limits of indemnity but challenged insurers on their speed of response in providing for the changing needs of the market.

Alastair Ross, having been heavily involved in the consultation process in England & Wales and Scotland as well as the NI process, confirmed the ABI’s commitment to the principle of 100% compensation. He also spoke of an “interim rate” of -1.75% being brought in this Autumn, with the expectation that a Damages Bill to reform the methodology will be published in January 2021. He imparted a passionate message about the importance of educating and raising awareness amongst the profession so that all stakeholders take the steps they need to now to prepare for the long-term effects of these changes.

DAC Beachcroft (N.Ireland) will continue to engage with stakeholder groups and further updates will follow once the Department issues its announcement on the next steps of the process later this Autumn. In the meantime, should you have any queries regarding the PIDR please do not hesitate to contact Louise Butler or Catriona McCorry. 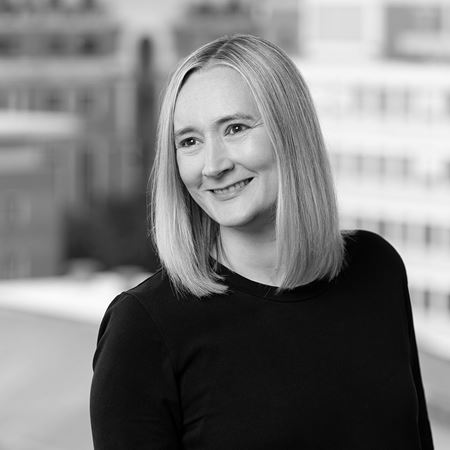