In what circumstances should claimants partaking in illegal or immoral activity be permitted to seek damages from those exposed for other possible civil wrong-doing? Defining this, in a clear manner permitting widespread application, has been a difficult issue for the courts in recent years, with public policy considerations central to the analysis. This review follows the latest ruling by the Supreme Court on such matters.

The illegality defence, also known by the Latin maxim ex turpi causa, is based on the principle that a claimant should not be allowed to benefit from their own wrongdoing and that the law should not condone illegality. With many professional negligence claims being tainted by fraud, the defence of illegality is one that has been frequently deployed by professionals. However, there is also a strong policy consideration that professionals should perform their duties without negligence and that clients should be entitled to recover their loss in the event of a negligent breach. Where there is a clear case of negligence, a tension therefore arises.

Having redefined the illegality defence in the seminal decision in Patel v Mirza in 2016, the Supreme Court has now provided a valuable example in Stoffel & Co v Grondona (2020) of how the new policy based approach should be applied in the context of a professional negligence action. This decision makes it clear that where a professional raises a defence of illegality, the essential question a court must ask is whether allowing the claim that is tainted by illegality would be contrary to public policy because it would damage the integrity of the legal system. The court must balance the competing policy considerations. The difficulty is knowing what weight should be attributed to the conflicting policy considerations.

Prior to the Supreme Court decision in Patel v Mirza, the controversial test of reliance, expounded in Tinsley v Milligan (1994), applied, with a defence of illegality only being successful if the defendant could show that the claimant had to rely on the illegality in order to bring the claim.

In Patel, it was decided that the “reliance” test was too mechanistic and inflexible and a new “range of factors” test was adopted which addressed the underlying policy considerations and the need to reach a balanced judgment. The Supreme Court held that the defence should only apply if allowing the claim that was tainted by illegality would damage the integrity of the legal system. In answering this question, the court had to consider:

(a) the underlying purpose of the prohibition which has been transgressed and whether that purpose would be enhanced by denial of the claim,

(c) whether denial of the claim would be a proportionate response to the illegality, bearing in mind that punishment is a matter for the criminal courts.

At stage (c), potentially relevant factors could include the seriousness of the conduct, its centrality to the contract, whether it was intentional and whether there was marked disparity in the parties' respective culpability.

However, the flexibility of the test in Patel has resulted in uncertainty and unpredictability and further guidance has been needed.

The case centred around a mortgage fraud on Birmingham Midshires (BM). In essence, Ms Grondona agreed to use her good credit history to raise capital for Mr Mitchell which he would not otherwise have been able to obtain. In return, Ms Grondona was to receive 50% of any profit on any subsequent sale of the property. In order to secure the mortgage advance, Ms Grondona made a number of fraudulent misrepresentations.

Stoffel & Co (the Solicitors) were retained by Ms Grondona, Mr Mitchell and BM to act on the transaction. The Solicitors negligently failed to register the transfer and charge, leaving Mr Mitchell as the registered owner, and BM without a charge on the property. When Ms Grondona defaulted on the repayments, BM obtained a judgment against her for £78,000 (the value of the unencumbered property). Ms Grondona sought damages from the Solicitors.

Defending the claim, the Solicitors argued that the purpose of the transaction was illegal, in that it was a conspiracy to obtain finance for Mr Mitchell by misrepresentation. The trial judge applied the reliance test and held that the illegality defence did not apply. Applying the recently-decided Patel v Mirza “range of factors” test, the Court of Appeal also held that the illegality defence did not bar Ms Grondona’s claim. The Solicitors appealed to the Supreme Court on the ground that the Court of Appeal had erred fundamentally in its application of the Patel v Mirza guidelines.

The Supreme Court dismissed the appeal and held that Ms Grondona’s fraudulent conduct should not bar her negligence claim against the Solicitors.

The Supreme Court had to balance the competing policy considerations.

The Supreme Court doubted that permitting a civil remedy against a negligent solicitor would undermine the criminalisation of mortgage fraud to any significant extent, as the risk of being left without a civil remedy was unlikely to feature in the thinking of the fraudster. Refusal of relief would not therefore enhance the deterrent effect of the prohibition against mortgage fraud.

Conversely, there was an important countervailing policy that conveyancing solicitors should perform their duties to their clients diligently and without negligence and that clients should be entitled to recover their loss in the event of a negligent breach. To allow the Solicitors to escape liability for negligence would run entirely counter to this policy. The Supreme Court considered that there was more chance of mortgage fraud being prevented if the defence failed and if solicitors appreciated that they should question any potential irregularities in a transaction.

Central to the Court’s decision was the need to avoid inconsistency which would be damaging to the integrity of the legal system. As the law allowed an equitable interest in the property to pass to Ms Grondona despite the illegality of the transfer, there would be an incoherent contradiction in refusing, on the grounds of the same illegality, to allow the claim against the Solicitors for failing to protect that equitable interest.

In addition, the Supreme Court concluded that denying the claim would be disproportionate due to the lack of centrality of the illegal conduct to the breach of duty by the Solicitors.

What does this mean for the illegality defence going forward?

For professionals, the door of the illegality defence is not shut, but equally it will not easily be opened.

It was argued in the minority judgments in Patel, that the range of factors test was unprincipled and uncertain. It discards any requirement for an analytical connection between the illegality and the claim and results in essentially a discretionary decision with the factors given the weight that the judge chooses to give them in the particular case. It has the benefit of flexibility but this brings uncertainty.

The outcome in Stoffel will be disappointing to professionals and their insurers. This was a case where the claimant had knowingly and actively been involved in mortgage fraud. The Solicitors had already reached a direct settlement with the mortgage lender and the claimant was seeking damages for the loss she had suffered as a result of the breach. As the Solicitors were innocent of complicity in fraudulent conduct, albeit incompetent, there seems force behind the defence counsel’s suggestion that there would be no injustice if the illegality defence operated to leave the loss where it fell.

The particular facts in Stoffel are of course relevant. In particular, it should be noted that the fraudulent conduct was not central to the negligence claim and merely provided the background to the claim. The transactions were genuine and the Solicitors were not retained to further the fraud itself. The relevance of the “centrality” of the illegal conduct has echoes of the old reliance test. It was also considered relevant that Ms Grondona was not seeking to profit from the claim but simply discharge or reduce her liability to BM. The Court may also have been influenced by the number of potential irregularities in the transaction which should have put the Solicitors on notice of the possibility of fraud.

Having said that, the guidance in Stoffel suggests that these factors should only come into play at stage (c). The decision in Stoffel was reached because of the importance that the Court attached to the consideration that professionals should perform their duties without negligence and that clients should have a civil remedy in the event of negligence. This is not the first time that the burden for the loss has fallen on the solicitors.

As a result of the decision in Stoffel, it may be harder for a negligent professional to defend a claim on the basis of illegality, but not impossible. The door has been left open. Where a solicitor has been retained to further the fraud itself or where the claimant is seeking to profit from the fraud, then the court may look more favourably on the defence. However, the balancing act will remain a difficult one to call. 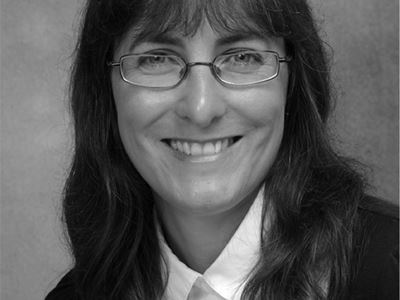