On 27th February 2020 the Department of Justice Civil Justice Policy Division confirmed, via a letter to stakeholders, that the Minster of Justice had asked officials to undertake a statutory consultation with the Government Actuary’s Department (GAD) and the Department of Finance (DoF) on a proposed change to the personal injury discount rate in Northern Ireland. The proposal being consulted over is to vary the existing discount rate of 2.5% to a rate of -1.75% (based on a 1 year average of yields on index linked gilts (ILGS), excluding those with less than 20 years to maturity, rounded to the nearest 0.25%).

At the same time,  in recognition of the recent legislative changes to how the discount rates in the rest of the UK are set, it was indicated that the Minister would in due course give consideration to reviewing how the rate in Northern Ireland is set.

Uncertainty around when the Minister will complete her review into how the rate in Northern Ireland is set  and, indeed, whether she will ultimately come to introduce changes, is the cause of considerable concern for compensators in Northern Ireland.  The fear is that compensators in Northern Ireland, including the NHS, may find themselves stuck with a -1.75% rate in the interim period and that that period could become quite protracted, it having taken more than two years for similar statutory changes to be introduced in the jurisdiction of England & Wales.  Such fears are further compounded by the political instability in Northern Ireland and the ever present possibility of the devolved Executive and Assembly collapsing without any such  review having been commenced or otherwise completed.

In a softening of her original approach, it is now understood that the Minister is taking legal advice on the parameters of the current legal framework, which she will consider alongside the views of the GAD and DoF.  It is at least conceivable that that might lead to a delay in the adjustment of the existing discount rate until after completion of the public consultation on a possible new legal framework changing the way in which the Northern Ireland Discount rate is calculated. However, it should be noted that holding off on any immediate change in the discount rate until after the public consultation would represent a departure from the approach previously taken in the other UK jurisdictions.

Should the Minister move forward with the implementation of a -1.75% discount rate, secondary legislation would be required, with implementation not likely to take place until the Autumn of 2020.

In the meantime, the public consultation mentioned above has now been launched (issued on 17th June 2020,ending on 14th August) and will be taken as a positive sign by compensators.  Primary legislation will be required to introduce any new legal frame work arising out of that public consultation, which would not be drawn up until after the consultation is completed and the Department of Justice has responded to the same.  If a Bill could thereafter be brought forward and passed promptly, then even allowing a further short period for implementation it is conceivable that any interim -1.75%, if introduced at all, might only be in place for around 12-18 months. However, the legislative process is not always a smooth one and it is currently uncertain as to what priority would be given to any Bill arising out of the consultation.

Currently the Courts are not operating at full capacity as we continue to emerge from Covid-19 lockdown restrictions and if the resultant lag continues into the future, that may serve to mitigate the impact of any short term change to the discount rate, to some extent.  However, the impact of the proposed changes has the potential to be significant.  In 2017, the change in the England & Wales discount rate from 2.5% to -0.75% had a seven figure impact on the balance sheet of a number of insurers.   Ultimately a personal injury discount rate sub -1% might yet become the longer term reality in Northern Ireland and were that to be the case, the impact on compensators, their customers and the level of insurance premiums in Northern Ireland would be felt acutely.

Below is a link to the consultation documents and all interested parties are encouraged to engage: 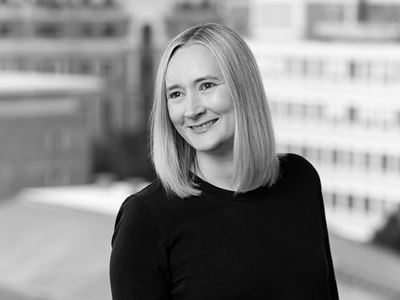