DAC Beachcroft (DACB) achieved a great success when, at trial, the team led by Lea Brocklebank, Partner in the Complex and Catastrophic Injury Team and Counsel Richard Stead, of St John’s Chambers, Bristol, successfully defended UK International carriage driver Emily Ham in a claim alleging negligence arising out of an accident occurring during a competition at the Indoor Carriage Driving National Championships.

The claim alleging negligence was brought by her team mate, the Claimant, Clare Powell who seriously injured her right upper arm and left knee when the carriage in which she was acting as “back stepper” (a groom who is on the back of the carriage to maintain stability) tipped over during an obstacle race. The case provides a welcome restatement of the law in relation to the duty of care owed by competitors in sport, and clarifies the position towards their teammates.

HHJ Tindall sitting in Hereford County Court tackled the well-established line of authorities going back over 60 years establishing the standard of care in negligence in the context of competitive events and sports, ‘calibrated’ to reflect their context of necessarily carrying a degree of risk of injury greater than (e.g.) driving safely and carefully in vehicles on public roads or a gentle horse ride through the countryside on a bridleway.

Starting with what he identified as the beginning of the modern approach (Wooldridge v Sumner [1962] 3 WLR 616) the judge noted that the maxim volenti non fit injuria does not apply in this context because it presupposes a tortious act by the Defendant.  Rather, the issues of consent and voluntary assumption of risk are relevant circumstances in ascertaining the extent of the standard of the care.

An important stop on this journey through the law was the case of Wilks v Cheltenham Motorcycle Club [1971] 1 WLR 668 (CA), in which Lord Denning said “Let me first try to state the duty which lies upon a competitor in a race. He must, of course, use reasonable care. But that means reasonable care having regard to the fact that he is a competitor in a race in which he is expected to go " all out" to win. Take a batsman at the wicket. He is expected to hit six, if he can, even if it lands among the spectators. So, also in a race, a competitor is expected to go as fast as he can, so long as he is not foolhardy. In seeing if a man is negligent, you ask what a reasonable man in his place would or would not do. In a race a reasonable man would do everything he could do to win, but he would not be foolhardy.”

Finally HHJ Tindall arrived at Blake v Galloway [2004] 1 WLR 2844 which states “that there is a breach of the duty of care owed by participant A to participant B only where A's conduct amounts to recklessness or a very high degree of carelessness.”

In determining the breach that the Claimant needed to prove in this claim, the Judge also acknowledged that there was a difference to be taken between the pre-race period and the race/event itself. As far as allegations pertaining to the pre-race period, the simple standard of reasonable care was applied. In the context of the race itself, the Claimant failed to establish that, as was required, the Defendant had been “reckless” or as Lord Denning had termed it “foolhardy”.

There were two remaining interesting features. First, on the facts of this case, the Defendant was a championship level driver and the Judge was persuaded that the level of care to be expected from the Defendant was higher than it would be for less skilled drivers relying upon the Court of Appeal case of Condon v Basi [1985] 1 WLR 866.

Secondly,  HHJ Tindall had to consider the duties in the context of an injury to a team mate and whether the ‘calibrated’ standard of care still applied. Referring also in his deliberations to the case of Harrison v Vincent [1982] RTR 8 (CA), he decided that it did, pointing out that it was difficult to see why the Claimant should have a lower hurdle to prove liability against the Defendant than against a rival competitor in, say, a horse race.

As a footnote, this hearing lasting 3 days was conducted remotely by Skype with the parties, their legal representatives and the witnesses, lay and expert, being in various locations.  While noting that he had conducted several smaller trials remotely, the judge noted that “Whilst this 3-day case was a different level of challenge, it was supported at a listing hearing by the Claimant’s solicitor Mr Cotton and the Defendant’s experienced and skilled counsel Mr Stead. Indeed, thanks to their efforts and those of Mr Stead’s instructing solicitor Ms Brocklebank and her team, we were able to overcome various technological issues and successfully tested not only using Skype but using it to share video footage the week before trial.”

For more information or advice, please contact a member of our Complex Injury team. 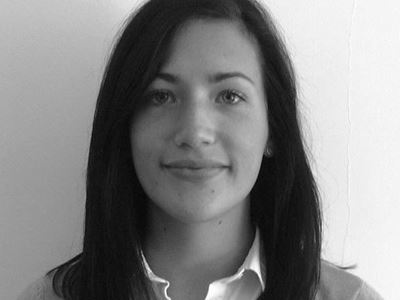 Admit in haste: repent at leisure

It ain’t what you do, it’s the way that you do it

Nothing ventured, nothing gained: offering the pleaded amount