The Supreme Court in its decision in Bresco v Lonsdale confirms there is no incompatibility between the adjudication process and the rules of set off in insolvency. The Court confirmed that a company in liquidation or administration may refer a dispute to adjudication.

It was almost exactly two years ago from the date of the Supreme Court’s judgment this week that the adjudication that has been the subject of this controversial litigation purported to commence. Those familiar with the first instance decision and the Court of Appeal judgment will recall that Bresco Electrical Services, a company in liquidation, referred a dispute with Michael J Lonsdale Ltd to adjudication in June 2018. An adjudicator was appointed but Lonsdale immediately claimed that the adjudicator lacked jurisdiction due to the Referring Party’s insolvency and asked him to resign. The Technology and Construction Court expeditiously dealt with Lonsdale’s Part 8 application and Mr Justice Fraser granted an injunction restraining Bresco’s adjudication a month later.

The matter was referred to the Court of Appeal who in January 2019 disagreed with Fraser J’s reasoning on the point of jurisdiction but continued the injunction on the basis that it considered an adjudication would have been futile.

The matter was referred to the Supreme Court, Bresco seeking to lift the injunction and Lonsdale appealing the Court of Appeal’s findings as to jurisdiction. The issues for the Supreme Court to consider were therefore:

Lord Briggs delivering the leading judgment summarised the issue before the Court as the potential incompatibility between adjudication proceedings and the insolvency rules. More particularly whether the right to refer a single dispute to adjudication at any time, as enshrined in the Construction Act is incompatible with the insolvency set off procedure as provided for within the Insolvency Act 1986 and the Insolvency Rules 2016.

Lord Briggs considered the history of the statutory adjudication procedure, its intentions arising from the Latham review and its success in the industry. Referring to and agreeing with Mr Constable QC’s comments in his judgment in Balfour Beatty Civil Engineering Ltd v Astec Projects Ltd [2020] EWHC 796 Lord Briggs rowed back from the much lauded principle that adjudication’s primary purpose is to preserve cash flow:

“…solving the cashflow problem should not be regarded as the sole objective of adjudication. It was designed to be, and more importantly has proved to be, a mainstream dispute resolution mechanism in its own right…””. (Paragraph 13)

After a consideration of the features of the insolvency set off rules as contained in the Insolvency Rules, whereby a process for the collection and realisation of an insolvent company’s assets is set out to provide fairness, the Supreme Court considered whether this process being invoked as well as an adjudication would lead to a an argument that would affect jurisdiction.

Lonsdale argued that the existence of a cross claim against the insolvent company, however small, invoked Rule 14.25 of the Insolvency Rules and as such, the set off procedure in those rules meant that the dispute referred to adjudication was replaced by a single claim for the balance due under those settlement rules; there was no dispute for the adjudicator to decide.

On review, the Lords found no incompatibility and suggested that if the mere existence of a cross claim (even if undisputed and however small) were to deprive a company of its right to adjudicate this would be “a triumph of technicality over substance” (Paragraph 48).

Lord Briggs confirmed that construction adjudication was not in any way incompatible with the operation of insolvency. The Supreme Court agreed with the Court of Appeal and dismissed the appeal on the grounds of jurisdiction.

The Court went onto consider the argument that allowing an adjudication by an insolvent company would be futile, the Court of Appeal had concluded it was and for this reason upheld the injunction.

Lord Briggs was not persuaded that there was any reason that the mere fact that the Referring Party was in an insolvency process and the existence of cross claims was any proper basis for restraining the adjudication by an injunction. He noted it would be a ‘steep hurdle’ for any court to interfere with a party simply exercising its statutory and contractual right to adjudicate.

By reference to his earlier comments that adjudication has become more than simply about cash recovery, Lord Briggs referred to adjudication as a “mainstream method of ADR” and an end in its own right, even where enforcement may not be available.

As such, he found that rather than adjudication becoming incompatible with a company in liquidation, in circumstances it may be more appropriate, noting that adjudication would provide for resolution of claims and set offs by a construction expert likely more qualified for that task than a liquidator.

The Supreme Court appeared to acknowledge that enforceability of an adjudicator’s decision where one party to the adjudication was in an insolvency process might still present a problem. However, the hardship a losing party might face to have an account over or undervalued in adjudication is no different to what it might face as a result of a liquidator’s assessment, this would not be sufficient to prevent that process from proceeding.

Lord Briggs noted that the TCC is well equipped to deal with enforcement proceedings and there are ways these issues are overcome, including options available such as undertakings and ring fencing as discussed recently in Meadowside Building Developments v Hill Street Management [2019] EWHC 2651. The Court confirmed that those issues are rightly dealt with at the enforcement stage and that anticipated difficulties in this respect does not itself necessitate an injunction to “prevent the adjudication from running its speedy course”.

The Court concluded that if an adjudication was not futile and there should be no injunction. Bresco’s appeal was allowed.

The Supreme Court’s clarification will be very welcome news for insolvency practitioners, particularly in the current circumstances heading into a period of such economic uncertainty where insolvencies in the construction industry may sadly be inevitable. Preventing an insolvent company from using adjudication to quickly assess its accounts was seen to be an unfair prejudice and contrary to what the Insolvency Rules were designed to achieve.

Not only has the Supreme Court dismissed that there is an incompatibility between the adjudication provisions and settlements under the Insolvency Rules, Lord Briggs suggested that adjudication might be a more appropriate method of resolving disputes and set offs of insolvent construction companies in certain circumstances.

With the jurisdiction and futility points now well and truly settled, it is expected that enforcement of adjudicators’ decisions where a company is insolvent will become more contentious with creative funding arrangements and securities likely becoming more common.

As for Bresco, two years on with the injunction on its adjudication finally lifted, can it remember where it put its Referral bundle… 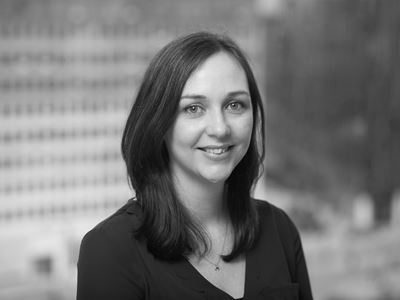