DAC Beachcroft’s casualty fraud team has secured another Fundamental Dishonesty finding against a claimant who sought to claim damages for personal injury following an alleged accident at work.  He alleged that he was injured while using a ratchet strap to fasten a caravan to a trailer.  He alleged also that the strap snapped causing him to slam his hand onto the metal trailer.  He said that he stopped at the services on the way back to the depot to purchase painkilling medication and that his employer was not interested when he reported it.  Liability was denied.

The basis of the defence was that the claimant had made the accident up. The claimant’s medical record entries showed that he suffered an identical injury to his hand two weeks after he left the defendant’s employ,  all straps were in good condition, none were replaced or defective, no accident had been reported, tachograph evidence proved that no stop had been made on the way back to the depot, the claimant’s social media posts were consistent with an injury occurring after he left the defendant’s employ and in any event there were plenty of straps the claimant could have used and none of them were defective.

This case was not one about risk assessment because a risk assessment would say not to use a defective strap which is common sense.  The claimant stated that the strap did not appear defective but spontaneously broke.  This was not a case about the number of straps either because there were plenty of other straps he could have used and indeed 10 new straps had been purchased just months before the alleged accident.  Unless the claimant could prove that that the defendant should have reasonably foreseen that the strap would break then he could not hope to succeed.  On this basis alone the claim should have been dismissed because there was no cause of action against the defendant.  The defence also argued that the alleged accident had fabricated and that the claimant had been fundamentally dishonest in bringing the claim.

At trial David Callow of 12 KBW drew the court’s attention to the relevant case law and it is worthy of reminding ourselves of this as well.

In Ivey v Genting Casinos Limited (t/a Crockfords Club) 2017 the court restated the common law test for dishonesty and, in summary, held that “whilst dishonesty is a subjective state of mind, the standard by which the law determines whether that state of mind is dishonest is an objective one, and that if by ordinary standards a party’s mental state is dishonest, it is irrelevant that they judge by different standards”.

The development of dishonesty in civil cases culminating in the test now clearly established was explained in Barlow Clowes International Ltd v Eurotrust International Ltd 2005 “Although a dishonest state of mind is a subjective mental state, the standard by which the law determines whether it is dishonest is objective. If by ordinary standards a defendant’s mental state would be characterised as dishonest, it is irrelevant that the defendant judges by different standards”. The Court of Appeal held this to be a correct state of the law.

The meaning of fundamental dishonesty in CPR r 44.16(1) was considered in Howlett v Davies 2017  One-way costs shifting can be displaced if a claim is found to be “fundamentally dishonest”.   “It appears to me that when one looks at the matter in that way, one sees that what the rules are doing is distinguishing between two levels of dishonesty: dishonesty in relation to the claim which is not fundamental so as to expose such a claimant to costs liability, and dishonesty which is fundamental, so as to give rise to costs liability…The corollary term to 'fundamental' would be a word with some such meaning as 'incidental' or 'collateral'. Thus, a claimant should not be exposed to costs liability merely because he is shown to have been dishonest as to some collateral matter or perhaps as to some minor, self-contained head of damage. If, on the other hand, the dishonesty went to the root of either the whole of his claim or a substantial part of his claim, then it appears to me that it would be a fundamentally dishonest claim: a claim which depended as to a substantial or important part of itself upon dishonesty.’

This approach was further refined in the matter of Sinfield v LOCOG 2018 where it was held that a claim was fundamentally dishonest where it: “…substantially affected the presentation of his case, either in respects of liability or quantum, in a way which potentially adversely affected the defendant in a significant way, judged in the context of the particular facts and circumstances of the litigation.”

At trial, the claimant was a very poor witness under cross examination and claimant’s counsel chose not to call the claimant’s witness and sought a short adjournment.  The claimant sought to discontinue part way through the trial which was rejected by the defendant.  The court found the claimant to be fundamentally dishonest and awarded costs to the defendant in the sum of £12,000.00 and enforcement action is now being considered.

Jamie Sutton Fraud Manager at Towergate said “Once again DAC Beachcroft’s fraud team secure an excellent result for us, thanks to their expertise we successfully secured a finding of fundamental dishonesty”

Claire Laver Partner and head of casualty fraud at DAC Beachcroft said that, “I am delighted that we have been able to secure such a great result for those at Towergate who continue to work tirelessly in the fight against fraud”

Our casualty fraud team deal with a number of Fundamental Dishonesty cases on a regular basis. For more information or advice, please contact one of our experts. 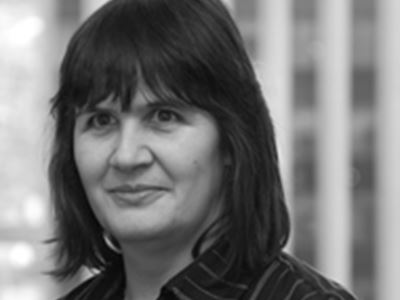