‘Litigation’ privilege has long been subject to a ‘dominant purpose’ test. For a document to be privileged, the dominant purpose for its creation must have been for use in relation to contentious proceedings (either in existence or reasonably in contemplation). For a long time, this feature of litigation privilege distinguished it from legal advice privilege (communications privileged due to their seeking and/or disclosing any legal advice, whether in contemplation of proceedings or not).

But no longer. The Court of Appeal has confirmed in The Civil Aviation Authority v The Queen on the application of Jet2.com Ltd (28 January 2020) that legal advice privilege is also subject to a ‘dominant purpose’ test. In doing so, the Court has confirmed that legal advice and litigation privilege are two limbs of the same privilege, and similar considerations apply. This approach also takes the English Court closer to that adopted in other significant common law jurisdictions – Australia, Singapore etc.

Is this Court of Appeal decision an attack on legal privilege? We are inclined to say “no”, although the decision will lead to attempts to argue that particular communications fail to meet the dominant purpose test.

Save for a bonfire of newly obsolete textbooks – what does this mean in practice? The answer is there are some practical, and slightly different, guidelines which in-house lawyers and those who they advise should follow.

The position following this decision

It has always been the case that no privilege applies to communications from in-house lawyers expressing their commercial – rather than legal – advice. Nor does simply copying in a lawyer to an email render a communication privileged.

By that same token, having a lawyer attend a meeting does not draw a veil of privilege over the whole of that meeting – especially if the lawyer is only ‘standing by’ in case needed, or attending to offer their commercial views. A meeting note containing both legal advice and general commercial matters should be clear as to what is a record of discussions relating to legal advice. That will simplify a claim for privilege over the ‘legal’ parts.

So what has changed as a result of the decision

The Court deals with the practical situation where a single email is copied to a number of recipients – both lawyers and non-lawyers. The Court, on balance, preferred to consider this email to be a number of bilateral communications between the sender and each recipient individually. But it is hard to see how that would change a privilege decision in practice on a given email, for reasons summarised below.

A problem arises where a communication is sent partly for the purpose of seeking legal advice, but that is not the dominant purpose. That will fall to be dealt with on a case-by-case basis, and the Court offered no real guidance on the topic.

However, the judgment did suggest that the Court would be reluctant to engage in nit-picking on this point, and would lean in favour of privilege in marginal cases: “… whilst the dominant purpose test applies, given the wide scope of "legal advice" and "continuum of communications", the court will be extremely reluctant to engage in the exercise of determining whether, in respect of a specific document or communication, the dominant purpose was the provision of legal (rather than non-legal) advice. It is difficult to conceive of many circumstances in which such an exercise could be other than arid and unnecessary.”

Finally, the Court reiterated that the mere fact of sending a document to a lawyer (as an attachment to an email, for instance) did not mean that the document ‘became’ privileged. From a practitioner’s perspective, the metadata on that document might mean that the iteration sent to the lawyer is privileged… but the original version will not be. Ink will no doubt be spilt on such fine points of detail in inter-solicitors correspondence, but the thrust of the judgment seems clear enough.

What does this mean for in-house lawyers providing legal advice to executives:

1. An in-house lawyer attending a meeting does not make that meeting privileged. If the meeting, or a part of it, is for the (dominant) purpose of seeking legal advice, then say so in writing.

2. CC’ing a lawyer on an email does not make the email privileged. If the email, or part of it, is for the dominant purpose of seeking legal advice, then say so in writing.

3. Sending an unprivileged document to a lawyer does not make it ‘privileged’.

4. Be careful about whether you are providing ‘legal’ or ‘commercial’ views. If providing both, consider sending two separate communications. Consider whether it is necessary for recipients of an email to be sent, or copied to an email to obtain their input for the purpose of obtaining legal advice, or to disseminate legal advice.

5. Finally, do not worry unduly. Communications genuinely seeking, or disseminating, legal advice are privileged, and the Court will respect that privilege. 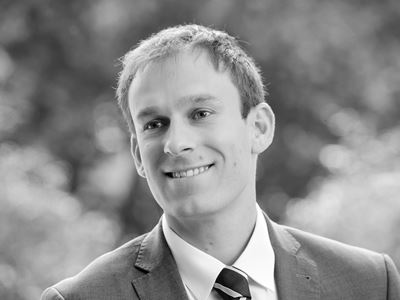 Statement of Truth – Change in wording on 6 April 2020

From 6 April 2020, documents requiring a signed statement attesting to a belief in the truth of the facts within that document, must also include the additional words set out in bold below: “[I…