The recent decision of the High Court in the case of Pepper v Royal Free London NHS Foundation Trust highlights the importance of clear documentation of all discussions between surgeons and their patients before exploratory operations are undertaken.

The Claimant underwent a Whipple procedure (which involves removal of the head of the pancreas, part of the small intestine, the gallbladder and part of the bile duct) on 17 November 2014. She had developed abdominal pain in June 2014 and had undergone various investigations that indicated that it was possible (but not certain) that she had pancreatic cancer. She had three consultations with the surgeon who ultimately undertook the Whipple procedure and it was agreed between them that, during the surgery, the surgeon would perform an intra-operative biopsy. The biopsy was reported (during the operation) as showing no evidence of malignancy, but the surgeon nonetheless thought that the head of the pancreas felt hard (which made him suspicious of malignancy despite the results of the biopsy), and he therefore proceeded with the Whipple procedure. Subsequent histopathology analysis of the tissue removed during the procedure showed acute pancreatitis and cholecystitis, but no malignancy. In retrospect, therefore, the Whipple procedure had been unnecessary.

Importantly, it was common ground between the experts instructed on behalf of the Claimant and the Trust that a negative finding from an intra-operative biopsy (as occurred in this case) is not very reliable and, in fact, the experts agreed that there was no “utility” in performing an intra-operative biopsy. They agreed that it should simply be agreed with the patient whether a Whipple procedure was to be carried out or not, rather than making it contingent on the results of an intra-operative biopsy. Possibly of even more importance, however, is that the evidence as to exactly what was agreed with the Claimant in relation to what should happen if the biopsy turned out to be negative was not very clear. For example, although after the final pre-operative consultation the surgeon dictated a letter to the Claimant’s GP (which was to be copied to the Claimant) setting out the surgical plan that he understood to have been agreed, the letter was never sent. The letter included the comment that “I may still reserve with the possibility of performing a Whipple operation in case of positive biopsy or very suspicious appearance”, which, according to the surgeon, meant that a positive biopsy was not an absolute requirement before the Whipple procedure could be undertaken. However, the Claimant never received that letter and it was pointed out on the Claimant’s behalf that this meant that she could not challenge the surgeon’s understanding in relation to what was agreed regarding this issue. Furthermore, the Claimant was seen by a junior doctor, rather than the operating surgeon, on the morning of the operation and, although she signed a consent form at that stage, there was no detail in it as to what would happen if the intra-operative biopsy was to show no evidence of malignancy.

The judge decided that, contrary to the Claimant’s recollection, she had agreed that if the intra-operative biopsy was normal but the surgeon was nonetheless suspicious of malignancy, the Whipple procedure would be performed. This, together with the reasonableness of the surgeon’s suspicion of malignancy despite the biopsy result (which was in any event unreliable), meant that the surgeon did not breach his duty of care to the Claimant by performing the Whipple procedure.

The important point for clinicians to note about this decision is that the path to the judge’s decision involved evidence having to be given in court by several witnesses (including not just the surgeon and the Claimant, but also the Claimant’s wife and a nurse who was present for the key consultation) as well as an exhaustive analysis of all of the contemporaneous documentation from around the time that the consenting process was undertaken. The trial took five days. Ultimately, the judge found in the surgeon’s favour, but there is probably a real chance that the entire litigation process could have been avoided if there had been clear confirmation in the medical records, in the correspondence to the Claimant and her GP, and in the consent form as to what would be done if the intra-operative biopsy turned out to be negative. As such, this decision serves as a reminder that clear documentation of consent discussions can play a major role in reducing complaints and litigation. 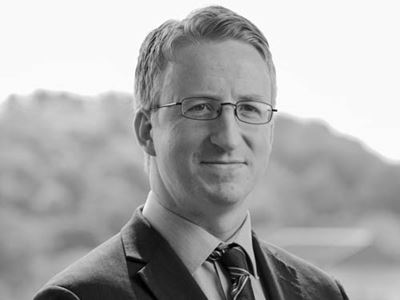