In the Supreme Court, Travelers Insurance has been successful in appealing judgments of the lower courts on the application of non-party costs. In Travelers Insurance Company Ltd v XYZ [2019] UKSC 48, the Supreme Court describes and limits the extent that insurers can be held liable for such costs. Read on to find out how the lower courts’ decision was overturned on section 51 non-party costs orders in insurance litigation. At the end of the article, we provide a helpful summary of the relevant issues.

A number of cases are before the courts on the exposure of third parties to pay costs. Most notably, the Supreme Court unanimously allowed the appeal of insurers in Travelers Insurance Company Ltd v XYZ [2019] UKSC 48.

The case attracted considerable attention, and concern in the insurance community due to the heavy burden imposed by the lower courts. It has significant implications for GLOs where some claimants are insured whereas others are not.

We discuss this decision below, and other cases where these issues are being addressed.

Background to the XYZ case

This case arose from the “PIP” breast implant group litigation. This was not a case where the insurance was not sufficient to cover the full extent of claims. It was a case where claimants had incurred costs pursuing claims which were wholly uninsured. The claimants sought to recover their costs from insurers under section 51 of the Senior Courts Act 1981, which gives the court a broad discretion to award costs against non-parties.

More than 1,000 women were involved. They sued a number of clinics and entities which had implanted or supplied the implants. A Group Litigation Order was made in 2012, providing for sharing of common costs equally between the Claimants, on a several and not joint basis.

One of the Defendants was Transform Medical Group (CS) Ltd, against whom 623 claims were made.

Transform had product liability insurance with Travelers “bodily injury” occurring between 31 March 2007 and 30 March 2011. Of the 623 Claimants pursuing Transform, 197 fell within the terms of the Travelers policy. 194 were considered the “worried well”, not alleging bodily injury (usually following rupture of the implant) although they were at risk of injury in future. The remaining 232 suffered bodily injury, but outside of the period of insurance.

Therefore, of the claims against Transform, 426 were uninsured. These Claimants were not aware of their status until it was voluntarily disclosed by Transform in June 2014. By June 2015, Transform had entered into Administration.

Travelers and Transform had jointly instructed solicitors to defend the claims. The claims against the 194 insured Claimants were settled in August 2015, and Travelers paid their damages and costs. Travelers had participated in defending the uninsured claims to a degree, in terms of whether offers/admissions should be made, but after the insured claims were settled, their obligation to fund Transform’s defence costs ceased.

The uninsured Claimants obtained default judgment against Transform in March 2016, and subsequently sought a non-party costs order against Travelers, pursuant to section 51.

First Instance and Court of Appeal

At first instance, Thirlwall LJ granted the application for broadly the following reasons:

(ii) earlier disclosure of fact that the claims were uninsured would have avoided costs being incurred, as the uninsured claims would not have been pursued;

(iv) Travelers had participated in the conduct of the uninsured claims by making/declining consent on offers and admissions.

The Court of Appeal, whilst upholding the decision, did not entirely agree with the reasoning. The question was one of “exceptionality and justice”. The Court of Appeal agreed there was a lack of reciprocity and that this made the case exceptional. The Court also agreed that the delay in disclosure of the lack of cover led the uninsured Claimants to incur avoidable costs.

The decision was overturned by the Supreme Court on 30 October 2019.

Decision of the Supreme Court

Lord Briggs gave the leading judgment. He took the opportunity to consider the case law concerning section 51 Senior Courts Act 1981, drawing it together into a number guidelines:

(i) Whether the non-party has become the “real Defendant” or has “intermeddled” unjustifiably, is fundamental to the exercise of section 51 discretion. The conduct of the non-party is what matters, rather than the rarity of the case.

(ii) The “real Defendant” test will usually be appropriate where some part of the claim itself falls within the scope of insurance, but subject to limits of cover.

(iii) The principles set out in TGA Chapman v Ltd v Christopher are of assistance in deciding the “real Defendant” test, but not whether the non-party has unjustifiably intermeddled in an uninsured claim. This is the relevant question in this case.

(iv) Where there is some connection between insured and uninsured claims, the legitimate interests of the insurer will justify some decision making in the uninsured claims. Insurer involvement often arises, as here, from a contractual obligation. Here, there was a very close connection between the two sets of Claimants, with common issues, and Travelers’ involvement was limited.

(v) Causation, as between the non-party’s conduct and the costs incurred, remains an important element to a potential claim. If the costs would have been incurred in any event, it is unlikely section 51 discretion will be granted.

(vi) Non-disclosure (or as was the care here, late disclosure) of policy terms is unlikely to amount to relevant conduct, as the law permits such non-disclosure. In this case, the Claimants had, unsuccessfully, made an application for disclosure in 2013.

(vii) Asymmetry or lack of reciprocity in costs is unlikely, on its own, to be a reason to make a non-party order. Lord Briggs noted that asymmetry in costs risk is not, generally, uncommon (e.g. legally aided claimants, QOCS cases).

Applying these guidelines, Travelers’ handling of the matter was vindicated and they were not liable for the costs of the uninsured Claimants.

This case was unusual, as it concerned uninsured Claimants, as opposed to the more common situation where limit of cover excludes the insurer’s contractual liability for Claimant costs. The court recognised that greater certainty was needed to identify when insurers were at risk of a non-party costs order.

Rather than a vague test of “exceptionality”, insurers would be at risk of a non-party costs order where the insurer had become, for all intents and purposes, the “real Defendant”. The real Defendant test is mostly applicable where the claim falls within the scope of, but not limits, of insurance.

“Intermeddling” cases are likely to be rare. This may apply for uninsured claims where insurers direct the litigation. The starting point is that non-parties usually have no legitimate interest in the litigation of others. Each case must be judged on its merits. Not all involvement would be unjustifiable.

The case includes one of the final judgments in the hugely distinguished career of Lord Sumption, whose incisive commentary has featured in a number of insurance cases.

Similar issues arise in the long running case against a law firm: Various Claimants v Giambrone [2019] which is currently pending an appeal. It remains to be seen whether the appeal will be pursued in light of the guidance from the Supreme Court in XYZ.

In yet another case, Burnden Holdings (UK) v Fielding [2019] the High Court recently made a non-party costs order under section 51 against a firm which had unsuccessfully funded litigation. A partner of the firm was acting as liquidator.

The Supreme Court in XYZ made clear that the lower courts had extended the application of section 51 beyond permissible limits. However, section 51 remains very much part of the broader landscape. Insurers, and others involved in litigation in various capacities, should remain vigilant against exposures, which can prove significant. 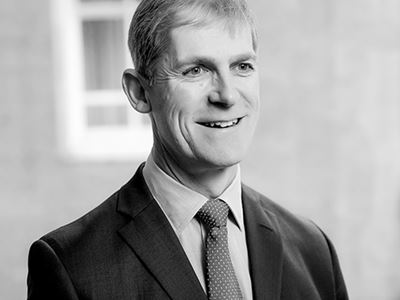 Can a company in liquidation take part in an Adjudication?