The Judgement concerned a novel issue on Part 36 offers in the detailed assessment proceedings.

The Claimants were successful in a fatal accident case arising out of the Deceased mesothelioma and became entitled to costs.  The costs proceeded to a provisional assessment by Deputy Master Friston and the parties agreed the amount provisionally allowed of £28,003.36 plus interest.  There was no challenge to the assessed amounts and the only issues outstanding were the costs of assessment.

The Claimants had made a Part 36 offer on 21 November 2007 ("the Offer") solely in respect of hourly rates.  Deputy Master Friston allowed the same rates in the provisional assessment so the Claimants had effectively beaten their offer.

The maximum a party could be awarded for the costs of provisional assessment is £1,500 plus VAT and the Court fees (CPR r 47.15(5)).  The limit will apply even if the receiving party had beaten their own Part 36 offer (Lowin v W Portsmouth & Co [2017] EWCA Civ 2172).  The Claimants did however claim a 10% uplift on profit costs due to beating the Offer.

Deputy Master Friston believed that the Offer met all the requirements of a Part 36 Offer and had been beaten.  Where an offeror has beaten their offer, unless the Court considers otherwise it would be unjust to make an awarded, the offeror is entitled to the benefits of Part 36.  This test, whether it would be unjust to make an award, is often referred to as the 'injustice test'.  Deputy Master Friston decided that the Defendant had proved injustice in the case as:

Will Heritage from DAC Beachcroft acted on behalf of the Defendant.

Our costs team deal with cases like this on a regular basis. For more information or advice, please contact one of our experts. 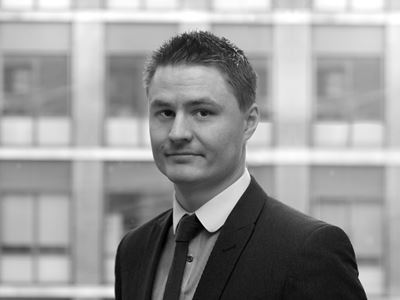 Court of Appeal reins in clients’ right to have costs assessed