Plans are in for a new co-living scheme for 180 in Birmingham near the Gun Quarter. If permission is granted it would join a small, but growing number of co-living developments. Manchester was the first in the regions with Echo Street and The Collective in Old Oak Common in London went live in 2016.

The sharing of common facilities is at the heart of the co-living concept, sharing; for example, eating areas, spas, launderettes, cinemas, gardens and garages. The schemes can give a new lease of life to old office blocks and make for more affordable living in city centres. They go beyond the practical though. Co-living offers a solution to the 21st century epidemic of loneliness by bringing people together, without the slightly forced nature of the collective.

Age UK research shows 3.6m older people living alone in the UK; 2 million are over 75. More than 1 million older people say they can go for over a month without speaking to a neighbour, friend or family member. It is though a problem that goes well beyond the elderly. The Office of National Statistics reports 10% of people aged 16 to 24 were often or always alone, the highest proportion of any age group and three times higher than people aged 65 or over.

Disruptors such as WeLive by WeWork with their projects in the United States and the UK’s , iQ and The Collective for example are creating new ways of living. Many schemes are focused on a particular age group or lifestyle, although Europe has more established multi generational schemes. Certainly Channel 4’s documentary, “Old Peoples Homes” For 4 Year Olds” showed the benefits of coming together for both groups.

Whatever their age there are too many people in our society who, not by choice, live a life hidden from others. While the majority of new prs schemes offer light filled, smart and sparkling living spaces, they also perpetuate the solitary nature of living alone. Corridor after corridor of closed doors can tarnish the soul, but co-living prs schemes offer choices for those who enjoy the pleasure of engaging with others. 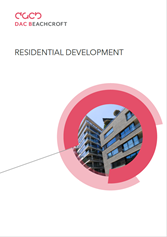