On 1 January 2019, a two year disclosure pilot came into effect in the Business and Property Courts (B&PC) in England and Wales. It applies to existing and new B&PC proceedings where an order for disclosure has not previously been made.

The B&PC determines specialist business, financial, regulatory and pension disputes, as well as claims against professionals (e.g. accountants, auditors and financial advisers).  The pilot will therefore have wide-reaching impact for many professional negligence and financial claims.

So what are the implications for professionals that are either threatened with a claim or dealing with proceedings covered by the new pilot?  We summarise below the key provisions in the new rules and some of the practical issues for professionals.

There is now an enhanced, codified duty to preserve documents which applies from the time proceedings are commenced or a person knows that it may become a party to proceedings that may be commenced.

Accountants and other professional advisers faced with the threat of litigation will need to focus on the documents that may be disclosed in the proceedings at a far earlier stage.  As well as actively suspending document deletion and destruction processes within their organisation, advisers must also take reasonable steps to contact former employees and third parties, who may hold documents or know their whereabouts, and provide them with written notice to preserve relevant documents.

Lawyers must obtain written confirmation that their client has taken reasonable steps to preserve documents relevant to issues in the proceedings, including preserving relevant “adverse” documents which contradict or materially damage or undermine their case or support their opponent’s case. If the client refuses to provide this confirmation, then the court may make an adverse costs order against him and may even order him to be in contempt of court.

But how should the duty to preserve documents possibly held by former employees or third parties be approached where a claim is not fully matured and proceedings have not been commenced and may never be? This is a grey area and the new rules do not address this point.  There may be good reasons why a professional defendant may not wish to contact former employees or third parties in this scenario and if this is the case, in view of the enhanced duty to preserve, we suggest the professional keeps a written record of the reasons for its decision not to make the approach initially, so that the reasons may be explained if the decision is challenged subsequently.

Professional defendants, who are increasingly frequent users of this modern media, will need to give careful consideration to the use of technology to reduce the burden and cost of identifying potentially relevant documents, the know-how needed to unearth hidden “meta-data” in their systems, and how best to over-come the challenges of disclosing these “modern-day” documents to their legal advisers and opponents.

The obligation to disclose documents starts as soon as proceedings are served.  Parties will engage in Initial Disclosure by serving an initial disclosure list and providing electronic copies of the documents referred to in their statement of case.  For an accountant or auditor defending a professional negligence claim, this means he/she must serve an initial list and provide the key documents that he/she relies on in support of the defences advanced.  If a pre-action protocol response has previously been served with accompanying documents, this task is unlikely to be onerous. The parties can dispense with Initial Disclosure by agreement, and they may choose this option in document heavy cases or complex claims.

Thereafter, the parties are expected to cooperate to identify the issues and agree proposals for Extended Disclosure which are reasonable and proportionate in scope, and file a joint Disclosure Review Document (DRD). The five disclosure models (A to E) range from agreeing that no further disclosure is required, through to full train of enquiry disclosure in appropriate cases. Which model is appropriate will depend on common sense factors including the nature and value of the case, the volume and nature of documentation and their likely probative value, and the financial position of the parties. No model will apply without the approval of the court and different models may be used for different issues.

The courts will critically review the DRD, the parties’ preferred model and cost estimates for issue-based disclosure and determine the need and use of technology to reduce the burden on the parties.  Parties may apply to the court for a disclosure guidance hearing if further court guidance is needed.

The disclosure reforms have been driven by concerns that the old disclosure process often produced unwieldy volumes of documents, usually after the parties had finalised and served their statements of case, most of which were irrelevant and never referred to.

The reforms suggest a genuine willingness by the judiciary to see an end to the inefficiencies of the old process and this change should be cautiously welcomed.  On the downsides, disclosure costs will be front-loaded under the new rules to some extent (there will be legal costs associated with document preservation, drafting written confirmation statements and initial disclosure lists, and discussions between the parties on which issues are key).  However, provided it does not become a cynical tool in the hands of aggressive and/or well-funded claimants, an early focus on disclosure may be helpful; for example the obligation to disclose adverse documents could see the early disposal of weak claims before costs escalate.  If claims do proceed to Extended Disclosure, and the scheme is effectively policed by the courts, then we should see a marked step away from kitchen-sink style disclosure and a much greater focus on disclosing only relevant documents that go to the fundamental issues in the case.  These changes may take a little getting used to, but overall there is, in our view, reason for defendant professionals to welcome the changes. 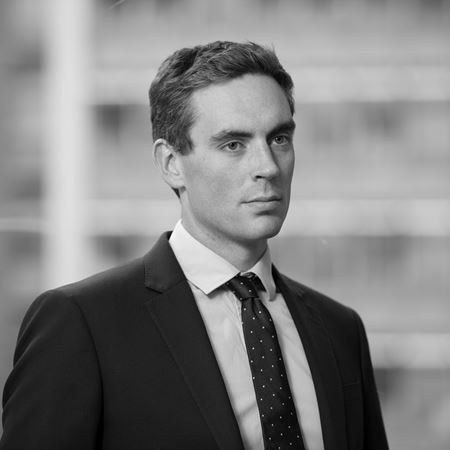 “Is it time to build a new house?” Financial reporting – a new era beckons for professionals, directors and their insurers.