In a recent judgment relating to specific disclosure (Serco Limited v Secretary of State for Defence [2019] EWHC 515 (TCC)), the Court re-emphasised its expectations that:

(a) Contracting Authorities in procurement cases will act in accordance with their obligations under the Civil Procedure Rules; and

(b) generally the challenger ought to be “provided promptly with the essential information and documentation relating to the evaluation process”.

In this case, the Defendant had failed to disclose such documentation (the contemporaneous evaluation records recording the evaluators’ reasoning relating to the evaluation of both the bids of the Claimant and the successful tenderer, and for other decisions made during the evaluation) until very shortly before the hearing, having previously refused to do so.

Despite the disclosure having been made, the Judge was required to consider the merits of the application, and the conduct of the parties, in order to provide a ruling on costs. Notably, reflecting the fact that the Contracting Authority had clearly not complied with its disclosure obligations, he ordered that it pay the Claimant’s costs of the application (in the region of £79,000) in their entirety, stating that the Defendant’s conduct in respect of disclosure had “fallen well outside the norm and [was] entirely suitable for, and justifie[d], an award of indemnity costs”.

Of course, there may be very good reasons for non-disclosure in procurement challenges (for example, where steps have not been taken to ensure that confidential material will be protected via the creation of an appropriately constructed and policed Confidentiality Ring). Indeed, the established case law on this issue has made the distinction between cases where, on its face, a case has been made out by the aggrieved bidder (but further information is required), and those cases where the unsuccessful bidder is aggrieved at the outcome but has little or no grounds for disputing it.

Each case should be considered on its own merits and specialist advice should be sought. However, this ruling is a stark reminder to Contracting Authorities of the consequences of not engaging sensibly and constructively around requests made by bidders. It is also a reminder of the need to ensure that material produced during the evaluation and moderation process, which may well end up in the hands of an aggrieved bidder via the disclosure process, does not undermine, or raise questions about, the robustness of the procurement process carried out. 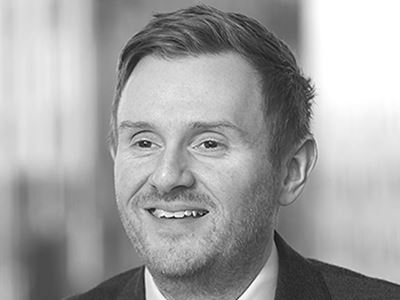 With the planned date of Brexit less than a month away but no clear picture of how the UK will exit the EU, we look at the likely consequences for public procurement in the UK under both a ‘deal’ and…

Procurement and Carillion - the alternatives for the public sector

Brexit: should procurement professionals tear up the rule book?

The new procurement rules: One year on