Until the Court of Appeal's decision in XX v Whittington Hospital NHS Trust, claimants who had suffered infertility due to clinical negligence could not recover the cost of foreign commercial surrogacy arrangements. This has now changed, and with it the door may have been opened to larger and more speculative claims for treatment costs.

We consider the very interesting implications of the recent case of XX in this briefing.

XX was 29 years old when she was diagnosed with stage IIB cervical cancer.  She underwent smear tests in 2008 and 2012, and had biopsies taken in 2012 and 2013.  The Trust admitted breach of duty for failing to diagnose her cancer as a result of those investigations.

The tumour required chemo-radiotherapy and this caused XX to become infertile.  This would have been avoided had the negligence been avoided.

In July 2013, the Claimant underwent ovarian stimulation and egg harvest. She was keen to start her own family via surrogacy, and the Claimant sought damages in respect of the costs of surrogacy. Her claim was advanced based on two alternative scenarios; the use of an American surrogate or a UK based one.  Her preference was for an American surrogate because surrogacy is lawful in the USA and commercial agreements are binding.  Further, it would be possible to get a pre-birth order confirming the legal status of her status in relation to the child (whereas in the UK, it is not possible to get a pre-birth order, and this could allow the surrogate mother to give the child to someone else).

Costs associated with surrogacy were previously considered in Briody v St Helens (2002), where the Claimant sought to recover the costs associated with the use of a Californian surrogate. The chances of a live birth were assessed as  just 1%, and Briody's claim for the costs of surrogacy was dismissed on the basis that it was unreasonable (given the low prospects of success) and illegal under English law.

In June 2017 the case was heard by Sir Robert Nelson.  Consistent with the decision in Briody he decided that as commercial surrogacy arrangements were illegal in the UK it was contrary to public policy to allow XX to be compensated for the costs of commercial surrogacy.  However, as the Claimant had delayed her treatment to allow eggs to be harvested and the prospects of a successful birth were good, it was reasonable to allow her to use a UK based surrogate.

On 19 December 2018, the Court of Appeal unanimously awarded damages for the use of a Californian surrogate.  Lady Justice McCombe said:-

"There is plenty of judicial authority, arising from the diversity of the family in modern society, which requires the court to ask itself, when such questions arise in contexts such as the present, whether the law is achieving a necessary coherence and consistency in sticking rigidly to a perception of public policy formulated even a few years ago".  Further, as XX's intentions were not unlawful, in either America or the UK, there was no reason to prevent her from recovering the costs associated with the use of a commercial surrogate based in California.

Further, the Court of Appeal ruled that the distinction between the Claimant's own eggs and that of a donor was artificial and could not be maintained. The Court awarded damages for the costs associated with donor egg surrogacy, as this would enable the Claimant to be put back in the position that she was in, insofar as possible, but for the Trust's negligence.

The judgment emphasises that this case does not automatically entitle a claimant to damages for fertility based treatment.  However, if a claimant in these circumstances can demonstrate that their intentions (be they medical or surrogacy based) are reasonable, they may succeed.

The Courts are now willing, in certain circumstances, to allow claims for the costs  associated with commercial surrogacy arrangements  provided the prospects of a successful live birth are good. This will cause damages in some cases to increase significantly, and may make it easier for claimants to recover compensation for more unusual, and often more expensive, modes of treatment.

To discuss the issues raised by this case further, please contact us.  Our national teams of clinical risk lawyers have extensive experience of supporting and advising healthcare providers in matters just like this and we are on hand to provide advice on the impact of this decision. 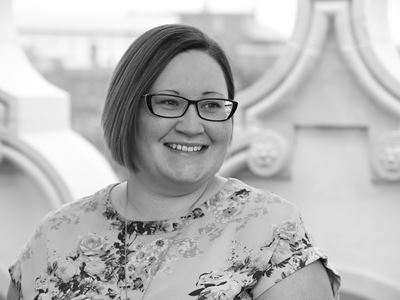