As charities will be aware, the Charities (Protection and Social Investment) Act 2016 made numerous amendments to the Charities Act 2011 (the “Act”) by providing the Charity Commission (the “Commission”) with new enforcement powers.

The Commission has various statutory objectives, which include:

The new powers under the Act include (but are not limited to):

The amendments to the Act provide the Commission with new or strengthened powers to tackle abuse, misconduct and mismanagement of charities more effectively and efficiently, reinforcing the responsibilities of trustees and protecting charities from individuals who are unfit to be trustees.

A report published by the Commission on 29 January 2019, confirms that the Commission has used its new powers on over 130 occasions since the Act was amended, and that the action taken varies from issuing official warnings and directions to disqualifying and suspending individuals from trusteeship.

Unlike other regulators, the Commission is explicitly required through the Act to have regard to the principles of best regulatory practice when exercising its functions, such principles include taking action only when required and ensuring that such action is proportionate to the aims to be achieved. The Commission has been clear that it is seeking a preventative as opposed to a reactive approach by intervening at an earlier stage to prevent harm (See Commission Five Year Strategy).

The Commission has identified a number of areas where there are lessons for trustees, including, insider fraud, safeguarding, reporting of serious incidents, counter-terrorism and data protection.

The lessons to be learned are based on the fundamental principles of good governance as reinforced by the fiduciary duties of trustees, such as:

Other important considerations include self-regulation so that the charity reports incidents when necessary and without delay and having policies and procedures in place to take action, if necessary, on issues such a terrorist activity.

Official warnings are a really useful tool for the Commission so that issues are addressed in a proportionate way. The Commission assesses risk through its Regulatory and Risk Framework, and will follow this framework when determining the regulatory approach which is appropriate. It is anticipated that official warnings are likely to be used for unauthorised payments (e.g. payments to connected parties), governance problems or where a statutory inquiry under Section 46 would be disproportionate.

By way of example, a recent official warning relates to the RSPCA, whereby it is alleged that the officers, as defined in the warning, of the RSPCA failed to ensure that they were sufficiently informed prior to taking a decision regarding the settlement of the former acting chief executive and failed to act with reasonable skill and care in relation to the negotiation of the settlement.

Further, the most recent official warning issued to the Institute of Economic Affairs relates to an instance where the Commission considers that the charity have committed a “breach of trust or duty, misconduct, mismanagement in the administration of the charity” by taking part in activity which failed to further the charity’s charitable purpose.

Charities should be mindful that if they are issued with official warnings these may be published to promote accountability and transparency. While a warning itself is not an order or direction, breaching a warning can be used as evidence of misconduct/mismanagement, which may result in further regulatory acting, for example, the suspension of a trustee pending consideration regarding their removal under the Act.

We regularly advise charities on a range governance and compliance issues including: 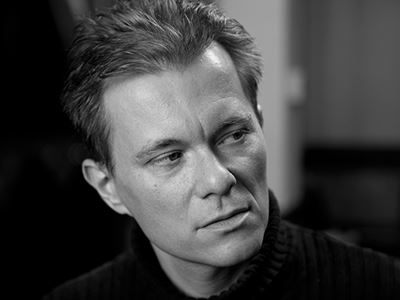