The Role of Liability Experts in Claims against Solicitors - DAC Beachcroft

The Role of Liability Experts in Claims against Solicitors

Where a claim is brought for professional negligence, the court will generally expect to be provided with some expert evidence to enable it to decide whether the defendant has breached the relevant standard of care.  Indeed, in many cases, it will be impossible to plead a properly-arguable allegation of professional negligence without expert evidence:

“….. where an allegation of professional negligence is to be pleaded, that allegation must be supported (in writing) by a relevant professional with the necessary expertise. That is a matter of common sense: how can it be asserted that act x was something that an ordinary professional would and should not have done, if no professional in the same field had expressed such a view?”[1]

In the context of claims against lawyers, however, the courts have been very reluctant to allow solicitors or barristers to give evidence criticising or defending the conduct of a fellow lawyer. As Simon Brown LJ said in the Court of Appeal[2]:

There is one important exception to these basic principles: expert evidence may be admissible to prove some special practice or accepted standard of conduct in a particular area of the law.

The role of expert evidence in claims against solicitors was the subject of judicial comment in the recent case of Shaw v Leigh Day. Mrs Shaw instructed Leigh Day to represent her family’s interests at an inquest into the death of her father, Mr Ewan. Mr Ewan sadly died after undergoing a newly-developed surgical procedure known as transcatheter aortic valve implantation (“TAVI”), which involved the insertion of a prosthetic valve into the aorta.

The inquest jury concluded that Mr Ewan's death was the unintended consequence of TAVI and that he had been informed of its risks prior to agreeing to surgery.  In a subsequent claim for clinical negligence, however, the defendant NHS trust admitted that Mr Ewan had not given informed consent to the procedure.  His estate was awarded damages of £15,591.

In her claim against Leigh Day, Mrs Shaw alleged in summary that they had negligently failed to obtain documents relating to clinical trials of the aortic valve; obtain advice from a cardiologist who was independent of the procedure as to its suitability; make a complaint to the General Medical Council (GMC); and claim against the NHS trust under Article 2 of the ECHR.

The claim against Leigh Day was dismissed in its entirety, Mrs Justice Andrews holding that “the vague assertions that appear in the Claimant’s statements of case …. come nowhere near establishing any fault or failing on their part that could be properly [be] characterised as a breach of their professional duties, let alone one that caused any actionable loss.”  She noted particularly that neither party had called expert evidence:

“Where a matter is entrusted to a solicitor and a range of reasonable decisions or actions could have been taken by a solicitor who is so instructed, there will only be a breach of duty if it can be established that the solicitor’s behaviour fell outside that range. It is not enough to show that a different solicitor may have taken a different view or a different course, let alone that the client felt that the solicitor could have done more. That is why the court will rarely hold a professional to be in breach of duty in the absence of assistance from a suitably qualified expert who can explain why in his or her opinion the acts or omissions complained of fell below the standard of professional competence that would have been expected in those circumstances. No expert evidence was called in this case.”

In claims against solicitors, the court generally assumes that it can rely upon its own knowledge and experience to determine whether the defendant has departed from the relevant standard.  As commentators have observed, however, there is a risk that judges will set too demanding a standard, assessing the solicitor’s conduct according to what they would have done themselves, rather than by what the reasonable lawyer should have done.

Mrs Justice Andrews’ comments in the Leigh Day case could be viewed as providing tentative support for the proposition that the courts should be prepared to admit the evidence of experts when deciding whether a solicitor is in breach of duty.   In practice, however, a proliferation of solicitor and barrister experts in claims against legal professionals is unlikely.  Expert evidence on the appropriate standard of care will be of marginal benefit in most cases and the cost of obtaining it will be difficult to justify. 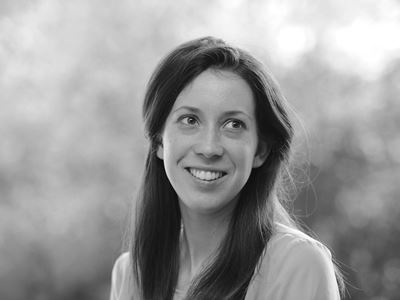