The Court of Appeal considers assessment of damages in a claim for 'loss of chance' - Edwards v. Hugh James Ford Simey (a firm) - DAC Beachcroft

The Court of Appeal considers assessment of damages in a claim for 'loss of chance' - Edwards v. Hugh James Ford Simey (a firm)

The Court of Appeal has recently considered the correct approach to the measure of loss in a claim where a claimant has been deprived of a claim because of its lawyers' negligence.

The claimant, Mrs Edwards, pursued a professional negligence claim on behalf of the estate of her deceased father (the 'Deceased'), a miner, who developed vibration white finger ('VWF') in the course of his work.

The defendant firm was instructed to make a claim under a government scheme to compensate miners suffering from VWF. The Deceased underwent a standard medical assessment process ('MAP') which confirmed that he was suffering from VWF and created a presumption that he had a "services claim" in that he would require assistance with certain tasks.

The Deceased accepted an offer in the sum of £9,478 on the basis of a standard letter of advice received from the defendant. He was subsequently informed that the advice given was negligent and brought a professional negligence claim in the County Court in respect of the lost chance to bring a claim for loss of services.

The County Court found the following:

The Court of Appeal found in favour of Mrs Edwards and remitted the case for rehearing.

Irwin LJ gave the substantial judgment, with which Singh and Underhill LJJ agreed. He began with the basic principle of full compensation and stressed that the measure of loss in professional negligence cases should be the difference between what the claimant would have received at the notional trial date or settlement of the claim and the amount he would have received but for the negligence. There should not be a trial of the original claim at the time of the professional negligence claim.

Previous case law such as Charles v Hugh James Jones & Jenkins [2000] 1 WLR 1278 and Dudarec v Andrews[2006] EWCA Civ 256 had suggested that new evidence should be taken into account in valuing a lost chance. In these cases, the new evidence would and could have been available at the notional trial date had the litigation not been conducted negligently. Irwin LJ emphasised that these cases are not authority for the proposition that all new evidence should be assessed in every case.

Irwin LJ stated that there is no established threshold for when an event which could not and would not have been known at the notional trial date should alter the outcome of the professional negligence action. He stressed that such circumstances would be exceptional for example in a case where the ordinary principles "would not do justice between the parties."

Accordingly, it was held that the County Court had erred in its decision that the lost chance had no value on the basis of evidence that would not and could not have been available for the original claim.

What is the implication of this decision for professionals?

Whilst this decision does not create new law, it has emphasised that when courts value a lost chance, a high threshold should be applied as to whether evidence that would not and could not have been available at the notional trial date should be taken into account and will only be applied in exceptional circumstances.

For professional defendants, the main point of note is that it is likely that this threshold for the introduction of new evidence will only be met where the original claim was based on fraud, or where there is a "significant or serious scale to the consequences of the supervening event" such that it would be unjust not to take into account the new evidence. 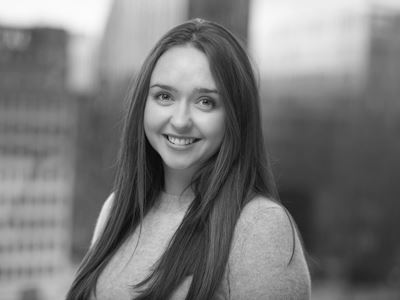