In Carol Ann Armstrong (Executrix of the Estate of Peter Traynor) v Quest Laboratories Pte Ltd and Dr Tan Hong Wui [2018] SGHC 66, the Claimant's husband died following a missed cancer diagnosis. A claim was submitted based on the loss of a chance of long term survival.

Mr Traynor, an IT specialist based in Singapore, developed an ulcerous skin lesion in 2009. A sample of the lesion was sent to Quest Laboratories for testing. A pathology report, signed off by Dr Tan concluded that there was "no malignancy".

In 2012, Mr Traynor developed a swelling under his armpit and again underwent tests. These revealed cancer which had spread to other parts of his body. Mr Traynor's oncologist recalled the 2009 sample for testing. A further test of the sample returned a result of malignancy. Despite commencing treatment, Mr Traynor passed away in December 2013 aged 49. He was survived by his widow Ms Armstrong and two children aged 10 and 12.

Ms Armstrong brought an action against Quest Laboratories and its medical director, Dr Tan, alleging that the missed diagnosis deprived Mr Traynor of medical treatment for two years. She claimed that had the cancer been correctly diagnosed, Mr Traynor would have had at least a 64.4% chance of long term survival.

In their defence, Dr Tan and Quest Laboratories submitted that the initial examination showed no definite signs of malignancy. Expert dermatologists and oncologists were in disagreement as to whether the specimen examined by Dr Tan in 2009 showed malignancy. What they did agree on was that there were several unusual features in the sample and that further investigations should have been carried out.

Judge Teck, hearing the case at the High Court, determined that Dr Tan was negligent in sending a report indicating a clean bill of health when further investigation was warranted. The Court was then required to decide whether this negligence resulted in Mr Traynor's death.

Judge Teck focused less on medical certainty but more so on issues of probability and loss of chance, referring to the case of Gregg v Scott [2005] 2 AC 176, and the dissenting arguments of Lord Nicholls, in determining whether a doctor's negligence could sound in damages on the basis only of a loss of chance.  In Gregg v Scott, Lord Nicholls had suggested that courts should consider leaping the "evidentiary gap when overall fairness plainly so requires".

Judge Teck accepted that the evidence on this case could not determine with certainty what could have been but this did not mean compensation should not be allowed. He held that Dr Tan's negligence caused Mr Traynor to lose a fighting chance and also caused him to die years earlier than he would otherwise have. He did not accept Ms Armstrong's case that Mr Traynor would have had a 64.4% chance of long term survival and instead determined that the negligence had caused Mr Traynor to lose 4 years of his life.

This case illustrates the Court's ability in certain circumstances, to do away with traditional principles of establishing causation in order to award compensation to a Claimant. This digression from established principles should serve as a reminder  to healthcare providers (and to their medical malpractice insurers) that even in cases where there are strong defence causation arguments,  where a breach of duty is established, an overall finding of liability can still be made to bridge the "evidentiary gap" based on issues of "fairness" and "justice". 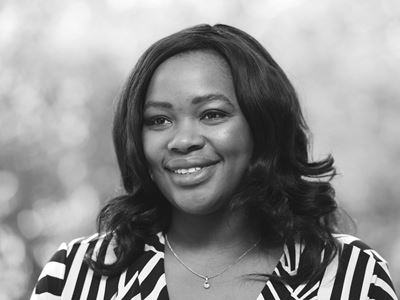