Real Estate Tip of the Week: Make No Mistake – Rectification of Leases

Real Estate Tip of the Week: Make No Mistake – Rectification of Leases

A landlord who inadvertently granted a 2,000 year lease, instead of the intended one year term with two options to renew, has succeeded in getting his error rectified by the Court.

The landlord had issued a draft lease to the tenant for a one year term with an option to renew for a further year on the same terms.  The tenant inserted, within the option clause, the words "including the option to renew for a term of one year" and the landlord, who was not represented, agreed to the amendment, mistakenly believing this would permit a maximum of two renewals only.

However, as the tenant was aware, the amendment in fact gave rise to a perpetually renewable lease which, by virtue of Schedule 15 of the Law of Property Act 1922, is converted into a 2,000 year term.

The Court decided that the Landlord was entitled to have the lease rectified, so as to limit the renewal to two terms only, on the grounds that the landlord's understanding as to the effect of the tenant's amendment was based on a unilateral mistake on the part of the landlord.

The essential elements of a unilateral mistake are:

A unilateral mistake may arise even where there is no actual knowledge of the other party's mistake, but just a wilful shutting of one's eyes to the obvious.

There are two salutary lessons to be drawn from this case.  The obvious one is not to grant perpetually renewable leases!  Unfortunately, as the landlord in this case was not represented, it fell for the tenant's cunning plan.

The other is that, whilst it may be tempting in an arm's length commercial negotiation to simply keep quiet if it becomes apparent the other party is mistaken as to some term of the agreement, there may be circumstances where the mistake could be rectified by the Court, so any unfair advantage gained could be short-lived. 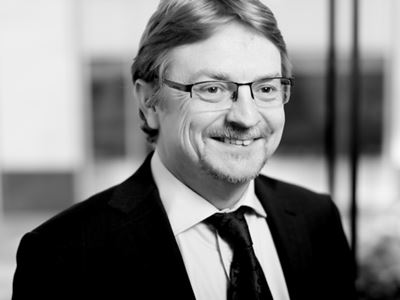 Housebuilder Tip of the Month: A Reminder on Repudiatory Breach