In the much-anticipated Depuy Pinnacle Metal on Metal (MoM) Hip Litigation decision, Mrs Justice Andrews has found that the defendant manufacturer was not liable to the claimants.

In Gee and others v Depuy International Limited [2018] EWHC 1208 (QB), the Court decided that the "inherent propensity" of a MoM hip to shed metal debris in the course of normal use was not a defect, even where some patients might suffer an adverse immunological reaction. This judgment represents a positive outcome for those involved in the Life Sciences and MedTech industries but, in an increasingly technical age for product development, other sectors will also want to take note.

The case has also provided a rare examination of the principles underlying the Consumer Protection Act 1987 (“the Act”), which implemented the Product Liability Directive (85/374/EEC) (“the Directive”). In the UK, the Act's interpretation has previously been explored by Mr Justice Burton's Hepatitis C Litigation decision, which found for the claimants, in A v National Blood Authority [2001] 3 All ER 289, and more recently by Mr Justice Hickinbottom in Wilkes v DePuy International Ltd [2016] EWHC 3096 (QB) [2017] 3 All ER 589, where the defendant was successful. Gee is another first instance case but its thorough reasoning very much builds on the Wilkes decision.

The product, the claim and knowledge of risks

DePuy manufactured the Pinnacle hip prosthesis system, first introduced in the UK in 2002. The product consisted of a metal femoral head "articulating" against an Ultamet liner. It was designed to address the high rates of wear that resulted in the long-term failure of metal on conventional polyethylene prostheses implanted in younger, more active patients, although its use was not confined to this group.

312 individual claimants alleged that they had suffered an adverse reaction to metal wear debris (“ARMD”) generated by their MoM prostheses, requiring revision surgery, and that this constituted a defect pursuant to the Act.

It was known in 2002 that all prostheses produced wear debris irrespective of the materials used. DePuy expressly warned that there was a risk that patients might develop ARMD and that this could cause soft tissue damage and failure of the implant.

ARMD was first reported at an orthopaedic conference in 2008 and scientific publications over the next few years helped to increase awareness of it. Media reporting, in what the Judge described as "an increasingly sensationalist manner", heightened concern. As was noted "[t]he fact that the overwhelming majority of patients with MoM total hip arthroplasties have well-functioning hips (as the MHRA acknowledges on its website) is something that the media generally failed to mention".

DePuy announced that with effect from August 2013 it would be discontinuing the Pinnacle Ultamet MoM articulation worldwide.

Against this background, the key issue facing the Court was whether the known risk, in terms of the early failure of the prosthesis, was sufficient to bring the product below the objective safety threshold laid down by the Act.

Since all artificial hip prostheses eventually wear out, if the patient survives long enough, the Judge considered that this natural propensity to fail could not be a defect for the purposes of the Act.

It was known at the time that Pinnacle was launched, that all hip prostheses would produce particulate debris whatever material was used. It was also known that an adverse reaction to debris could cause a hip to fail and require revision. The public therefore had no entitlement to expect that a MoM hip would not produce metal wear debris in the course of normal use. Accordingly, the Judge considered the claimants’ primary case to be "untenable".

The claimants’ alternative case depended on proof that the Pinnacle prosthesis had an abnormal potential for damage in comparison with established hip prostheses and/or other bearing surfaces within the Pinnacle system. They alleged that the prosthesis carried a materially increased risk of early failure because of ARMD. Since all hip prostheses had an underlying risk of failure, requiring revision within 10 years, each claimant had to prove that the increased risk was what caused them to undergo the early revision, rather than the inherent risk of failure.

The Court found insufficient evidence and too many confounding factors from which to be able to conclude that the revision rates for the Pinnacle prosthesis were, on the balance of probabilities, materially worse. The Judge ruled that the claimants had failed to prove their alternative case, that the product did not meet the level of safety that the public generally were entitled to expect at the time when it entered the market in 2002.

When is a product defective and what to consider?

Gee has provided the Court with an opportunity to review when a product will be deemed to be defective and how to arrive at that decision. The Hepatitis C and Wilkes cases had taken two very different approaches to this question.

As with these previous decisions, Mrs Justice Andrews reviewed the purposes behind the EU legislation as set down in the Directive's recitals. A fair balance had to be struck between the competing interests of producers and injured consumers. This was to be achieved by introducing a system of no-fault liability for products that failed to meet the standard of safety that, in all the circumstances, the public were entitled to expect, subject only to specific defences.

The Court’s focus was to be on whether the product was safe, rather than on whether there was a specific fault. It had to evaluate if there had been a failure to meet an objective standard of safety rather than identify any precise mechanism that caused the damage, which might be impossible. Agreeing with Wilkes, the Court stated that "safety was inherently and necessarily a relative concept, because no product, and particularly a medicinal product, if effective, can be absolutely safe". As the Judge noted a "failure to meet aspirations does not equate to a lack of safety".

The Court also looked at the requirement to have regard to "all the circumstances" in deciding whether a product was defective. This issue had divided Wilkes and the Hepatitis C judgments. Agreeing with Wilkes, the Court had to "maintain a flexible approach to the assessment of the appropriate level of safety, including which circumstances are relevant and the weight to be given to each…" Those circumstances might differ, depending on the product and the nature of the complaint. The Court needed to be vigilant not to let notions of negligence or other irrelevant considerations creep in.

Here, the Court could consider a product's cost, its risk-benefit profile, avoidability (the ability to eliminate the safety risk) and the existence of a learned intermediary and the information and warnings passed on to them. Compliance with regulatory requirements could also have considerable weight as they would be set at a level determined to be appropriate for safety purposes.

Neither the Act nor the Directive prescribed how causation was to be approached but, in the light of the Court's findings on defect, the Judge did not need to consider whether the approach, advocated by the defendant, of doubling the inherent background risk of a product was necessary to establish causation.

The implications for product liability

Most producers of hip prostheses manufactured MoM articulations during the 2000s and legal proceedings against them were stayed pending the outcome of this trial. While this decision is not binding on the parties to those other proceedings, the immediate implication is that this judgment will provide them with guidance, as was expressly stated by the Judge.

But the importance of this decision will extend far further. While there are now three substantive considerations of the product liability regime at first instance, this comprehensive review of the previous decisions is likely to be viewed as the leading judgment. It alone addresses the situation of when an inherent risk manifests itself in the course of a product's normal, everyday use.

The Judge's approach to what it is legally permissible for the Court to consider when assessing if a product is defective will be welcomed for its common sense and flexibility.

The Judge's analysis of the lead claims also serves as a reminder that, when it comes to evidence, experts must be mindful of their duties to the court, and be balanced and impartial. Witnesses will also be subject to judicial scrutiny if their testimony differs from the content of their witness statements.

For both manufacturers and consumers, it may be considered that the "fair balance" between their competing interests, envisaged by the Directive, has been taken into account in this decision. 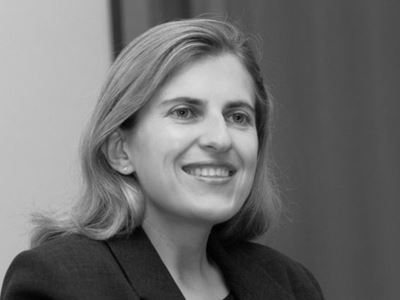