In June 2017, we flagged upcoming changes to the London emission zones, looking back at how the introduction of the London-wide Low Emission Zone (LEZ) in January 2012 caused a spike in exaggerated damage claims for commercial vehicles in Greater London.

We are now releasing this alert to draw your attention to further changes to the London emission zone standards, which may have an impact on fraud claims.

In addition to this, a "T-Charge", or toxicity charge, has been operational in the central London Congestion Charging Zone since 23 October 2017, between Monday & Friday 07:00-18:00. This will be replaced by an Ultra-Low Emission Zone (ULEZ) from 8 April 2019. The ULEZ will apply 24 hours a day, every day of the year. All vehicles that do not meet emission standards will be liable to pay a daily charge to drive within the zone.

New proposals have been put forward to:

A decision on the new proposals is expected to be published shortly.

All standards and charges from previous years remain the same and remain applicable for vans, trucks and buses for the entire LEZ. However, the ULEZ is proposed to be expanded, thereby affecting a larger number of lighter vehicles, e.g. vans/ minibuses and cars that do not meet Euro 4 petrol or Euro 6 diesel standard or motorcycles that do not meet Euro 3 standard.

The proposals include a grace period for Congestion Charging Zone residents’ vehicles that do not meet the ULEZ emission standards until 25 October 2021. This grace period would NOT apply to residents living in the ULEZ, up to the North and South Circular roads.

Penalty charges for non-payment of LEZ and ULEZ charges are proposed to be increased.

Discounts and exemptions will apply to:

What does this mean for motor claims?

The planned/ proposed changes will affect particularly certain types of motorcycles, light diesel vehicles (such as cars, vans and minibuses) and heavy vehicles. It is anticipated that most of the lighter vehicles registered after 2006 or 2007 will be compliant (e.g. motorcycles, cars or vans). However, the introduction of the tighter Euro 6 (diesel) and Euro VI standards will mean that cars, vans and minibuses with diesel engines, as well as HGVs, buses and coaches registered before 2014 or 2015 are likely to be non-compliant.

Just looking at HGVs alone from the above listed risk groups, calculations based on official data from the Department for Transport (DfT) would suggest that an estimated 18,693 HGVs registered in Greater London could be non-compliant*.

As previously highlighted in our Fraud Identification conference last year, and following the introduction of the LEZ in 2012, we saw a spike in the proportion of van claims referred to our counter fraud team for the affected areas, especially in relation to suspected exaggerated claims.

There is the potential for similar spikes in claims for affected vehicles around April 2019, October 2020 and October 2021 (should the proposals be accepted) – both third party claims and first party claims for stolen or written off vehicles in the approach to and immediately after the cut-off dates.

As a consequence, we recommend that the affected postcode areas, in combination with vehicle types, are flagged in your fraud detection systems in the run up to the implementation of the ULEZ in April 2019. Should the proposed changes to the ULEZ boundaries be implemented, these parameters should be widened to cover the new area before the new boundaries are implemented in 2021.

If you wish to discuss our predictive analysis and Dynamic Fraud Indicator products with us, please contact us on the details below.

*According to DfT data, there were 20,100 licensed HGVs in London at the end of 2017. At that time, 93% of HGVs UK wide would have been registered before 2014 and would hence be affected once the new standards come in. Applying this percentage to the London figure (i.e. 93% of 20,100, as no London percentage is available), and assuming the figures stay roughly the same up to the point when the new standards come in, this would mean that an estimated 18,693 HGVs may not meet the required standards. 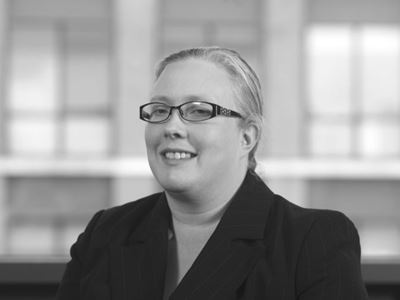