16 May 2018
Phil Murrin and Mark Healing consider the implications of the Court of Appeal decision, handed down yesterday.

Property fraud by identity thieves has been on the rise in recent years and this litigation has granted the courts the opportunity to delineate the scope of the responsibility of solicitors where this goes undetected. The current resting point of the law following the Court of Appeal's judgment will be unpalatable for solicitors and their professional indemnity insurers.

The Claimants, Dreamvar and P&P, were property development companies. They had been duped into 'buying' London property from individuals whom, it transpired, were imposters and not the true owners. On completion, purchase monies were paid from the purchasers' solicitors to the solicitors instructed by the imposter, and then onwards to the imposters themselves. The frauds came to light when the purchasers attempted to register their interests at the Land Registry. By then, the fraudsters and the money had disappeared.

At first instance, all of the claims against OWC and the estate agent were dismissed, but Mishcon de Reya was not excused relief for breach of trust under s. 61 of the Trustee Act 1925, and so faced liability. Appeals were made by P&P, Dreamvar and Mishcon de Reya. The Law Society appeared as an intervener, given the importance of the issues to the solicitors' profession.

Purchaser's solicitors: no relief from breach of trust

The position of Mishcon de Reya has generated particular attention following the first instance decision. They had no reason to suspect that the vendor's solicitor had not carried out appropriate identity and money laundering checks on their client. Mishcon de Reya were found not to be negligent, but they had acted in breach of trust in paying away their client's monies in circumstances where the transaction was a nullity. Such liability is strict, and to combat the harshness, the solicitor relies on persuading a court that it should be granted relief under s. 61.

It was found at first instance and on appeal that Mishcon de Reya had acted honestly and reasonably for the purposes of s.61 of the Trustee Act 1925. In those circumstances the court has a discretionary power to grant relief, either wholly or in part, from the consequences of a breach of trust, where it considers that the trustee "ought fairly to be excused for the breach of trust and for omitting to obtain the directions of the court…".

At first instance, the court refused relief on the basis that Mishcon de Reya had responsive professional indemnity insurance. It was "far better able to absorb" the consequences of its breach of trust than Dreamvar, a small property development company. It was also "necessarily far better placed to consider, and as far as possible achieve … greater protection for Dreamvar". This took into account the judge's finding that Dreamvar had no recourse against the vendor's solicitors, Mary Monson. The judge said if he was wrong about that, he would have relieved Mishcon de Reya.

Lady Justice Gloster, dissenting on this point only, noted in particular that it had been established that Mishcon de Reya had acted reasonably and honestly. Lady Justice Gloster did not consider that the presence of insurance should affect the analysis, as there was no basis for greater sympathy for the creditors of a commercial property company. There was no suggestion that Mary Monson's insurance would not be adequate, and no reason why litigation should be prolonged by contribution proceedings.

Both first instance courts had found that the "seller's authority" in this context meant the authority of the imposter. Similarly, at first instance the vendors' solicitors were not found to be in breach of trust for paying away purchase monies to their imposter clients even though genuine completions of sales did not take place.

The Court of Appeal overturned this; its finding on this and all issues other than s.61 relief was unanimous. It found that there was both a breach of trust for paying away monies in a transaction which was a nullity, and a breach of undertaking for not having the true owner's authority. Unsurprisingly given the outcome of claims against the purchasers' solicitors, the vendors' solicitors were not granted relief under s.61 of the Trustee Act 1925 either. The vendors' solicitors were best placed to have identified that their client was an imposter.

Vendors' solicitors: breach of warranty of authority, but no reliance

At first instance, neither of the vendors' solicitors were found to have acted in breach of warranty of authority. P&P appealed this aspect but Dreamvar did not. The Court of Appeal analysed numerous cases in which the issue had been addressed, not just in relation to real estate / conveyancing, but also litigation. Whilst it is established that such matters are fact-dependent, and the decisions do not sit entirely comfortably together, there had been authority suggesting that the real estate / conveyancing solicitor might not ordinarily warrant it acted for the actual vendor, merely someone professing to be the vendor.

The Court of Appeal disagreed. It considered that in executing and exchanging contracts, the vendor's solicitors represented that they had authority on behalf of the true "Seller", as named in the contract. The position was different for the estate agent, whose memorandum of sale was based on the particulars provided by the imposter. That did "not provide a sufficient basis for imposing on them a liability". However, the claim for breach of warranty of authority still ultimately failed, as the evidence of the purchaser's solicitor was to the effect that he had not relied on such warranty.

It will be of cold comfort and undoubtedly some frustration to solicitors and insurers in the above context that no negligence was found. The key issue was whether it was fair and reasonable to deem the vendors' solicitors and estate agent to have assumed responsibility to the purchasers in relation to the adequacy of their client identity due diligence work. The court took into account case law addressing the limited circumstances in which a duty may be owed to the opposing party in a transaction and found that an arm's length transaction was not a circumstance where responsibility was assumed and a duty owed.

It is nevertheless possible that a different result could be reached on different facts: the court noted that the vendors' solicitors were not asked to give assurances as to their due diligence checks and there were no circumstances suggesting an assumption of responsibility or reasonable reliance.

It is not yet clear whether there now lies a further appeal to the Supreme Court. It would appear the matters are of sufficient importance to warrant an appeal.

In the meantime, this decision will inevitably be of concern to real estate / conveyancing solicitors and their insurers. Solicitors on either side of a property transaction may have strict liability for ensuring that the vendor is the true owner of the property.

The finding of liability on both sides of the transaction is unlikely to render real estate / conveyancing a less risky activity from the perspective of professional indemnity insurers. Nevertheless, we discern some sense in principle in redressing the balance between the solicitors for the vendor and the purchaser. The net effect of the first instance decisions was that the purchasers' solicitors might be more exposed, which seems counter-intuitive given that the vendors' solicitors are better placed to discover the fraud of the imposter client.

However, the core issues, such as liability for breach of warranty of authority, breach of undertaking, or s. 61 relief for a breach of trust, are likely to be driven by considerations of public policy more than questions of prior authority. What the Supreme Court would make of such issues would therefore be of great interest. In particular, it is notable that now two judges out of four (the first instance judge and Lady Justice Gloster) have regarded the liability of the vendors' solicitors as relevant to the granting of relief to the purchasers' solicitors. Lord Justice Patten's dismissal of the point by reference to the conduct of Mishcon de Reya appears questionable given the findings of their having acted honestly and reasonably.

As for risk management in the interim, it would be remiss to give an impression that there are easy answers. In general terms, all real estate / conveyancing solicitors should be reviewing their terms of engagement with these issues in mind. More specifically, since purchasers' solicitors will not have access to vendors to carry out ID checks themselves, they should ensure they obtain confirmation from the vendor's solicitor that they have verified their client's identity. We would also expect the purchaser's solicitor to make clear that the purchaser relies on the vendor's solicitor's warranty that it acts for the true owner (reliance being essential in breach of warranty claims). Purchasers' solicitors may accordingly feel there are standard steps which can reduce their risk exposure by pushing pressure onto their peers across the transaction.

Vendors' solicitors should have a more difficult burden, particularly given the relative ease with which a committed fraudster can obtain forged documents and pass identity and money laundering checks. Vendors' solicitors may wish to take proactive steps to explain the basis on which they are acting, the limit of any warranty of authority and / or the extent of due diligence undertaken.

It is thus possible to foresee an additional dynamic of communications between the lawyers in property transactions, and between lawyers and clients as to areas of responsibility. Such matters may bring their own difficulties and expense, but could ultimately have real importance to the allocation / apportionment of liabilities when fraud is belatedly discovered.

Specialist insurance to cover this risk may in due course be an appropriate solution. Property owners can also register online to receive alerts from the Land Registry if there is any activity relating to their property[1] . In any event, solicitors practising in real estate, whether residential or commercial, will no doubt be keen to review their risk management procedures carefully in light of the decision. It might also be expected that this may receive scrutiny on professional indemnity renewals.

With such factors in play, the profession and its professional indemnity insurers will also keenly await the response of the Law Society. The question arises as to whether the Code will be amended and steps taken to limit the circumstances in which solicitors assume responsibility for identity fraud, perhaps where there are specific due diligence steps which have not been taken and / or where reasonable care is not evident.

Nightmare or not, the litigating parties, the courts, the profession, the insurance sector, and the regulator may thus all have a role to play in shaping how responsibility is assumed and managed in practice. 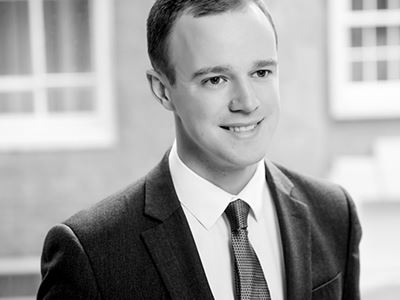 More problems on duties and causation for sophisticated clients

"Tell me something I don't know!"