Allowing the dust to settle: Criminal and Professional Disciplinary implications of the Dr Bawa-Garba case

Allowing the dust to settle: Criminal and Professional Disciplinary implications of the Dr Bawa-Garba case

The recent legal proceedings against Dr Hadiza Bawa-Garba have provoked widespread anxiety in the medical profession.  Mindful of the fact that social, industry and mainstream media are saturated with comment and opinion, and that much of it is based on anecdote and incomplete understanding of the legal system, this briefing seek to provide an objective, reliable and comprehensive summary of the important features of the case from a legal perspective. It is noteworthy that there is a paucity of reliable information as to the criminal trial and the preceding investigations: in drawing together the strands this briefing draws principally on the three most legally authoritative and publicly available sources: the court judgments in both the criminal and disciplinary proceedings, and the Medical Practitioners Tribunal's determination.

The case is a tragic one for all involved.  Whilst it is in a strict technical legal sense unremarkable, empathy towards Dr Bawa-Garba, and concern over the legal ramifications of clinical errors and omissions, has reignited debate at a high level as to the changing relationship between the profession (particularly junior doctors), Trust employers, the GMC and the justice system.

The errors constituting gross negligence manslaughter on the part of Dr Bawa-Garba, as distinct from any of the other shortcomings (be they those of nursing staff, IT systems or otherwise) were essentially straightforward. Over the course of a long shift, she did not recognise, act upon, and/or appropriately escalate so that others could act upon, evidence of sepsis that was available to her with the urgency required. The decision by the Crown Prosecution Service to prosecute Dr Bawa-Garba on an individual basis, as opposed to bringing an action against the Trust, her employer, was always a controversial one. The fact that a jury of lay people in the criminal trial went on to find  her own acts and omissions both gross (meaning truly, exceptionally bad, and thus "reprehensible") and that they, extracted and isolated from wider shortcomings, significantly shortened the patient’s life, perhaps provokes most anxiety.

The fact that juries do not give reasons for their verdicts means that doctors do not have ready answers to many of their questions, in particular, what it was about Dr Bawa-Garba's conduct that fell so far below what is generally accepted as "standard practice" (even if it is at the lower end) that it could be considered to be "reprehensible". It is that guilty verdict as the culmination of the criminal legal process in November 2015 that ultimately paved the way for Dr Bawa-Garba’s subsequent erasure from the medical register as part of the distinct professional disciplinary process – erasure being the sanction that the Divisional Court "firmly" and "with no real hesitation" considered was necessary in order to maintain public confidence in the profession and its standards.

One can only speculate as to what defence Dr Bawa-Garba could have put forward in order for  a not guilty verdict to be returned in the criminal trial. However, if she had documented the effective escalation of a concern at any point (either as to a need for consultant review, assistance with a plan for the patient in question, or being unable to cope with workload more generally that day given the strained resources), that is likely to have been a significant factor to be weighed both in the decision to prosecute and, if prosecuted, the jury’s deliberations. See "practical points" below for further steps that would mitigate risk of repetition of both the ensuing clinical and legal repercussions.

It is important to note that the decision to prosecute any given doctor with a criminal offence does not lie with the GMC, but the Crown Prosecution Service. Nevertheless, the GMC has responded to sentiments expressed by the profession in promising to organise a review with stakeholders of how gross negligence manslaughter prosecutions are brought against doctors, led by Dame Clare Marx2. Alongside the GMC's review, the Secretary of State for Health and Social Care, Jeremy Hunt, announced to the House of Commons on 6 February that he has asked Professor Sir Norman Williams to conduct a rapid review into the application of gross negligence manslaughter in healthcare. He has asked that this reports by the end of April.

Dr Bawa-Garba is understood to have initiated the process to appeal the Divisional Court's decision.

The judgments in this case do not alter the law on the disclosure and use of reflections in legal proceedings. Dr Bawa-Garba's defence organisation has confirmed reflections were not used against her in the criminal trial and the judge regarded them as "irrelevant". Every case is considered on its own merits and it does not necessarily follow that another judge would share this view. The GMC has confirmed it does not compel disclosure of reflections from those whose fitness to practise they are investigating; both they and Dr Bawa-Garba's defence organisation have stressed the importance of continuing with reflective practice, and reflective practice in general is also being included in its review. We endorse continued reflective practice. The DoHSC review by Prof Williams will also cover "how we ensure the vital role of reflective learning, openness and transparency is protected so that mistakes are learned from and not covered up". Either review may make recommendations for changes to guidance governing reflective entries and/or recommend the introduction of protocols or legislative provisions clarifying the evidential status of these educational materials. In the interim, should junior doctors, or others holding e-portfolio materials, be asked for disclosure of such materials they would be well-advised to seek advice from their medical defence organisation or legal professional, as their disclosability may vary depending on the facts of any given case and the legal process under which they are being requested.

Junior doctors should be left in no doubt that successful gross negligence manslaughter prosecutions against doctors remain incredibly rare. The maintenance of public confidence in the profession and its standards will not mandate erasure in a great many other cases where doctors have been found to have fallen short clinically or misconducted themselves, or been convicted of lesser offences. However, the avoidance of erasure is often subject, crucially, to their being able to demonstrate insight, reflection and remediation and thus a remote prospect of repetition.

A summary of events is given at (4) below. In order to minimise the risk of similar events unfolding, the following may be considered:

From the Court of Appeal (Criminal Division)'s judgment and the MPT determination, one can discern the following salient facts3. All times are approximate:

Dr Bawa-Garba had recently returned from 14 months' maternity leave to practise as a paediatrics specialist registrar (ST6). She worked a double-shift that day – 12-13 hours with no breaks. There were medical and nursing staff shortages. There are suggestions that she had not been through Trust induction following her return to work. She was the most senior doctor working in the Children's Assessment Unit, an admissions unit comprising 15 places, receiving patients from Accident and Emergency or direct referrals by a GP.

5. What happened in the criminal process?

Mr Justice Nicol presided over the trial and he sat with a jury who returned a guilty verdict. Dr Bawa-Garba received a two year prison sentence, suspended for two years. It was not only Dr Bawa-Garba, but also a nurse on duty and the ward sister who were tried for gross negligence manslaughter. The nurse was convicted and the sister acquitted.

29 November 2016: Judgment in Dr Bawa-Garba's application to appeal against conviction

After hearing argument from both the doctor and the Crown about potential errors of law at the trial, the Court of Appeal saw no merit in any of the doctor's points and refused permission for her to launch a full appeal against her conviction. The court reaffirmed in its conclusion that the jury was (and all juries considering gross negligence manslaughter must be) left in no doubt as to the truly exceptional degree of negligence which must be established.

6. What happened in the professional disciplinary process?

In making its decisions, the Medical Practitioners Tribunal must by law have regard to the need to maintain public confidence in the profession, and the maintenance of proper professional standards and conduct for doctors. Where a doctor has been convicted of a criminal offence, as a matter of law the Tribunal cannot go behind that finding – here, essentially, that the jury had found Dr Bawa-Garba's own personal acts and omissions were truly, exceptionally bad, and had significantly shortened the patient's life. Dr Bawa-Garba's legal representative argued that events leading to the conviction did not take place in isolation, but rather in combination with failings of other staff, including the nurses and consultants working in the CAU that day, and in the context of multiple systemic failures which were identified in a Trust investigation. Other mitigation was put forward, including consultants who attested to her reflection and remorse. The Tribunal determined that in all the circumstances of her case, a 12 month suspension, with a review hearing at conclusion to consider the state of Dr Bawa-Garba's fitness at that point, was sufficient to discharge its function. The GMC appealed the sanction on the basis that it was insufficient for the protection of the public, in that public confidence in the profession and in its professional standards would not be maintained.

25 January 2018: Judgment in the GMC's appeal against the MPT's sanction

In substituting erasure, the Divisional Court concluded "firmly" that the Tribunal's decision on sanction was wrong, because it had sought to tone down, rather than pay full respect to, the force of the jury's verdict that Dr Bawa-Garba's conduct was "truly, exceptionally bad." This was primarily because in reaching its verdict, the jury had been aware of the "systemic" faults, and the faults of others, and the MPT could not overlook this.

Dr Bawa-Garba is understood to have initiated the process to appeal the Divisional Court's decision to the Court of Appeal (Civil Division).

DAC Beachcroft is widely recognised as the leading strategic, commercial and regulatory legal adviser to the health and social care sector in the UK. We advise on a wide range of issues, including the defence of criminal prosecutions arising from health and social care, fitness to practise proceedings brought by the GMC and other regulators, and wider associated legal compliance issues.

For further details visit the Healthcare Regulatory section of the DAC Beachcroft website or contact one of the authors detailed below. 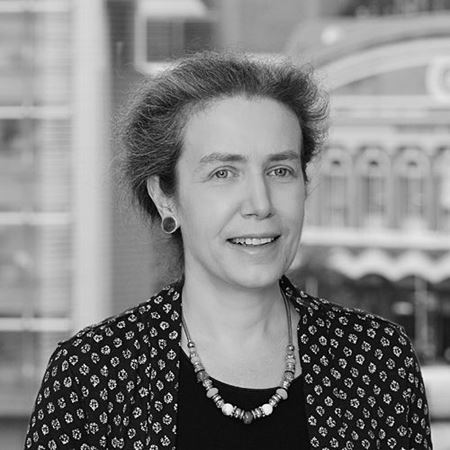