The Court of Appeal has recently dismissed an appeal of a decision that a financial advisory firm was vicariously liable for the actions of its agent when he committed fraud using their systems. This decision will be of considerable interest to financial services firms and their professional indemnity insurers.

The Claimants were individuals who were persuaded to make an investment into an intended property development scheme in Wembley. They were introduced to a financial adviser (who was an agent of Positive Solutions) to provide advice on raising the monies needed for the investment by way of remortgages of their houses. The remortgage applications were submitted through an online portal operated by Abbey National, which the financial adviser only had access to in his capacity as an agent of Positive Solutions. Unknown to the Claimants, the applications were based on false information in relation to their income and employment, put forward by the financial adviser to justify the borrowing.

The loans were made and commission was paid to Positive Solutions. Because it could not be reconciled with any legitimate transactions, the commission was placed in a suspense account. Thereafter, the financial adviser created false paperwork to access his percentage of the commission.

The property investment failed and the Claimants' mortgages cannot be discharged.

The Court of Appeal dismissed the Claimants' appeal on all grounds. Lords Justice Flaux, delivering the leading judgment, held that the financial adviser was engaged in business independent of Positive Solutions. The use of the portal was a means to obtain funds from the Claimants. To describe this as an integral part of Positive Solutions' business activities was incorrect. Therefore, the test for vicarious liability set out in the Christian Brothers case was not satisfied. The fact that commission was received by Positive Solutions did not in the Judge's view assist the Claimants. The fact that it was held in a suspense account supported Positive Solutions' position. Likewise, the Judge dismissed the suggestion that the indemnity provision in the agency agreement could establish the requisite closeness of connection between the financial adviser's agency and the wrongdoing he carried out for his own purposes and benefit. The portal only provided the adviser with the opportunity of wrongdoing and this was insufficient to give rise to vicarious liability. The Judge concluded by saying that the three-stage test in Caparo v Dickman was nowhere near satisfied on the facts due to the complete absence of any relationship between the Claimants and Positive Solutions.

Financial advisory networks are often seen as the deep pockets by Claimants when an appointed representative or agent advises on investments for which he or she is not authorised by the network. The Court of Appeal's decision is founded on good common sense and is a pleasing one for networks and all financial advisory firms as well as their professional indemnity insurers. It is notable that the Claimants did not seek to appeal the robust conclusions of the Master at first instance on agency. 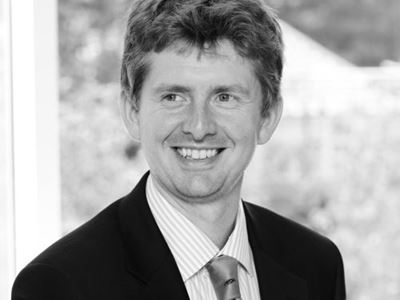 Who knows best? Manufacturer not liable for defective product