The Claimant, Mr Hewes, had been experiencing lower back pain and left sided sciatica . On 12 March 2012, he experienced increased pain and numbness around his upper legs. Dr Tanna (D3) discussed the Claimant's symptoms with him and advised that he attend A&E for suspected cauda equina syndrome (CES). The Claimant alleged that having suspected CES, D3 was under a duty to refer directly to the on call orthopaedic team (bypassing A&E and saving time). D3 said that his actions were supported by a responsible body of medical opinion (and therefore satisfied the Bolam test).

D3 applied for summary judgment on the basis that the Claimant had no real prospect of success. It was submitted that the witness evidence from D3 himself, supported by independent expert evidence – meant that unless the Claimant could show a good reason why that evidence was unreasonable and illogical – the case could not succeed and should not be permitted to proceed to Trial.

D3's Counsel reminded the Court that it matters not that a different expert holds a different view, so long as it is supported by a body (even if a minority body) of professional opinion and it can withstand logical analysis. She submitted that D3 had submitted credible evidence in support of his Defence (and application for summary judgment) and that the Claimant was under an evidential burden to prove some real prospect of success or some other reason for the matter to proceed.

Claimant's Counsel submitted that it would be inappropriate for D3 to have summary judgment when both parties had permission to rely upon the evidence of GP expert witnesses, and that the application was premature in that it was made before the parties had exchanged evidence.

Although the Claimant produced a letter from his GP expert confirming he remained supportive of the Claimant's case, the Court held that the letter did not assist the Claimant because no reasons were given as to why D3's expert's opinion was unreasonable or illogical.

The Court concluded that D3 had adduced logical and credible evidence from an appropriately qualified expert and that this evidence was sufficient to require the Claimant to adduce supportive evidence that the claim had a real prospect of success or some other reason for the matter to proceed to trial.

That whilst the Claimant had not yet served his expert evidence, he had been afforded ample time to obtain his expert's view on the central question in this case – which was 'Why was the Defendant's expert opinion unreasonable and illogical?' The letter from the Claimant's expert GP was far from satisfactory.

It was concluded that the Claimant had no reasonable prospect of success and there was no other compelling reason this issue should go to trial.

What does this mean for us? 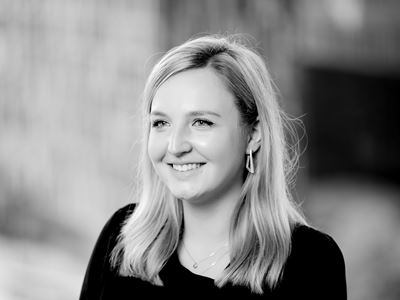 Witness Statements – A Word of Warning!